NATIONAL ELECTIONS last night continued Hawai`i's tradition of sending more diversity to Washington D.C. The new congressional delegation is comprised of three women and one man. They are two practicing Buddhists, one Methodist and one Hindu. Also from Hawai`i, spending his childhood here, is America's first Black President, Barack Obama, reelected for a second term.

DEMOCRAT MAZIE HIRONO will represent Ka`u, Volcano and the rest of rural state of Hawai`i as a new U.S. Senator. She will become the first Asian American woman and first Buddhist (Sen. Dan Inouye is a Methodist) to serve in the U.S. Senate. She was born in Japan and moved to Hawai`i as a child. She is an attorney and as a member of the U.S. House of Representatives she helped secure funding for open space preservation along the Ka`u Coast. Hirono defeated former Republican Gov. Linda Lingle with statewide votes of 269,389 over Lingle’s 160,937.
Hirono said she is in the best position to work with President Barack Obama who helped with a recorded message of support during her campaign. Obama, who was born and spent his youth in Hawai`i, was reelected for a second term last night.

DEMOCRAT TULSI GABBARD will assume Hirono’s U.S. House of Representatives seat serving Ka`u and the rest of the rural Hawaiian Islands. She will become the first Samoan and Hindu to serve in the U.S. House. Gabbard is also a former state legislator and Honolulu councilwoman. She promises to work on education, civil rights and economic development that is environmentally conscious.
She is also a war veteran. Gabbard defeated Republican Kawika Crowley with statewide votes of 168,466 to Crowley’s 40,697.

MAYOR BILLY KENOI NARROWLY WON reelection to a second term last night over the resurgence of former Mayor Harry Kim’s campaign. Kenoi garnered 31,797 votes to Kim’s 30,360 votes, a mere 1,437 vote difference. Kenoi took 51 percent of the vote. Kim won 49 percent.
During his victory celebration, Kenoi told his supporters that his team sees the win “as an opportunity to continue to work hard.” He told The Ka`u Calendar earlier that he and Kim had a great working relationship when Kim was mayor and Kenoi a deputy. He said he has nothing but praise for the former mayor.
Kenoi is 43 and an attorney who worked in juvenile justice before joining the county under Kim’s administration. He ran this election on his record of reducing the cost of government during the recession without cutting back on essential services.
Kim is 72. After serving the limit - two consecutive terms as mayor, he retired but came back into politics this year over concern that people were not being heard and taken seriously about geothermal issues. Kim is a former county Civil Defense Director. His campaign was noted for taking no more than $10 in donations from each person.

BRENDA FORD IS KA`U’S NEW COUNTY COUNCIL MEMBER. She took in 3,214 votes to Maile David’s 3,051, a difference of 199 votes in the non-partisan race. Ford said this morning that she feels “extremely honored that the people of District 6 chose me to represent you. I promise to work very, very hard for the people. One of my biggest concerns is increasing jobs and we have several projects on the list that may help with that. I plan to spend time in Ka`u to meet people and work on their concerns. Thank you to everyone for your support and the hard work you did to get elected,” she said.

REPRESENTING PUNALU`U INTO PUNA will be Russell Ruderman.
The Democrat Ruderman gathered 10,487 votes over Republican Daryl Lee Smith’s 3,152. Ruderman told The Ka`u Calendar that he will support diversified agriculture in Ka`u, particularly in the area of growing food. For energy, he said he supports taking down the barriers for solar to be a main source of electricity for Hawai`i residents. He said he is studying the `Aina Koa Pono proposal for the refinery and biofuel farm in Ka`u and opposes any electric bill increases connected with the contract before the PUC. Ruderman said he has “grave concerns about the environment and what is going to happen to the existing vegetation on the land.” He said he is also concerned about the possibility of displacing ranchers and farmers in Ka`u to grow biofuel.
He said he plans spend more time in Ka`u.
Concerning the overall election, Ruderman said, “It was really great how Democrats pulled together after the primary. I am really proud of the grassroots people power kind of campaign we ran.”
He said his first initiative as a state senator will be “removing barriers to solar power, improving education and promoting clean elections.” He said he was headed to the state Capitol this morning to work on organization of the 2013 Legislature.

REPRESENTING HONU`APO THROUGH KONA, the state Senator will be former Ka`u physician Democrat Josh Green. He is an incumbent in Kona, whose district was expanded into Ka`u through reapportionment following the 2010 U.S. Census. Green took 11,347 votes over Republican Jeff LaFrance who took 3,192 votes.
Green said this morning: “I am extremely honored to be representing Ka`u, my first home in Hawai`i when I served as a physician at Ka`u Hospital from 2000 – 2004. Much of my hanai family remains in Ka`u and walking door to door in Ka`u were the happiest two days of this campaign.”
He said he spoke with many constituents in Ka`u over the last four months. “I am keenly aware that we need water solutions for our ag industry, that we have major concerns about the new proposed biofuel project, which I will be reviewing. I will continue to work on critical need for health care,” he said. Green pointed out that his bill creating the Hawai`i Health Corps, which is now in effect, will provide additional loan repayments for health care providers, including physicians who will work in Hawai`i. Green said he will encourage placement of some doctors in Ka`u “so they can serve as I did.”
Green said he also wants to “find ways to create jobs in Ka`u that fit the Ka`u lifestyle. In the coming months I will hold talk stories in Ka`u and sit down with people individually.” He said people should feel free to connect with him directly on his cell at 937-0991 and email at joshuaboothgreen@yahoo.com.

REPRESENTING PUNALU`U THROUGH VOLCANO into Puna will be Democrat Richard Onishi, who won 4,937 votes over Republican Marlene Hapai’s 2,831 votes and Libertarian Fred Fogel’s 860 votes. During his campaign, Onishi posted his pledge on his website:
“To address issues and concerns and find solutions to better our communities and our future generations, I pledge to:  Listen to you ; stay in touch with you; work tirelessly for you ; work together with you.
“My vision is for our communities to be safe, healthy, economically viable, sustainable.” Onishi stated that he will ensure “Our communities are a safe place to live, play, work and do business. Our children receive high quality education . Our seniors (kupuna) are cared for. Our economy supports local businesses and products . Our individual rights are protected. Our environment is preserved. Our people have access to first-rate medical services.” Onishi flew to Honolulu this morning to help organize the 2013 Legislature.

REPRESENTING HONOU`PO INTO KONA will be Denny Coffman, an incumbent whose district expanded into Ka`u through redistricting after the 2010 U.S. Census. He said this morning, “It is always humbling to be given the trust from the citizens and I hope to be able to live up to your expectations. This is a full time job for me.” He said he will be at the Capitol Thursday and Friday as members of the 2013 Legislature start to organize. Coffman said the “Big Island legislators try to get as much leadership as we can so we can bring in as much resource as we can for our community and this of course includes Ka`u.”
For Ka`u, Coffman, who chairs the state House Committee on Energy & Environmental Protection, said he will help with supporting water for diversified agriculture in Ka`u. He said he will follow the biofuel refinery and farm proposal before the state Public Utilities Commission, for which he has stated opposition to the governor, PUC and state Department of Business, Economic Development & Tourism.

WHILE KA`U LOST REPRESENTATION by people who live in the district or close-in, all the candidates who won pledged not to forget remote Ka`u.
Currently, Ka`u’s state House of Representatives member for the area is Bob Herkes who lives in the Volcano golf course area of Ka`u. New state House members covering Ka`u have homes in Hilo – Richard Onishi, and Kona – Denny Coffman.
State Sen. Gil Kahele, who lost the Ka`u district through redistricting, won in Hilo. He owns homes at Miloli`i. The new senators covering Ka`u live in Puna – Russell Ruderman, and Kona – Josh Green. Outgoing County Council member Brittany Smart lives in Discovery Harbor while incoming council member Brenda Ford lives in South Kona. The elected official living closest to the Ka`u border is Mayor Billy Kenoi, who lives near Volcano. All of those who won told The Ka`u Calendar during the campaign that they would be coming to Ka`u and involving the people in their decision-making. 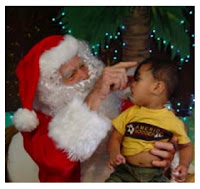 RED CROSS VOLUNTEERS meet tomorrow at 7 p.m. at H.O.V.E. Road Maintenance Corp. office. The meeting is offered to volunteers and those interested in becoming volunteers.
For more, call Hannah Uribes at 929-9953.

VISIT OUR SPONSORS AT PAHALAPLANTATIONCOTTAGES.COM AND KAUCOFFEEMILL.COM. KA`U COFFEE MILL IS OPEN SEVEN DAYS A WEEK.

ALSO SEE KAUCALENDAR.COM AND FACEBOOK.COM/KAUCALENDAR.
Posted by The Ka`u Calendar at 1:22 PM Links to this post