"UNIFICATION AND COLONIZATION OF HAWAI'I FROM AN INDIGENOUS POINT OF VIEW" is the subject of a new Apple TV eight-part series to be written and produced by star Jason Momoa, according to a story in Variety Magazine on Tuesday. The actor, with Hawai'i roots, helped to bring celebrity to the 2019 Mauna Kea protests against building the Thirty Meter Telescope there. The title of the eight episodes is Chief of War. At least some of the filming is expected on Hawai'i Island.
AN END TO ASTRONOMY ON MAUNA KEA is what Gov. David Ige predicted, should a bill setting up new stewardship protocol for the mauna be approved by the Hawai'i Legislature. The governor made the comment to Hawai'i News Now on Tuesday, during an interview. Regarding the proposed stewardship authority called Mauna a Wakea, Ige asked, "Are they intending to shut down astronomy on Hawai'i Island? They should be clear about it. Do they support astronomy or do they believe it should be stopped?"
According to Hawai'i News Now, the governor "says he's worried a much-debated Mauna Kea stewardship bill could end the $100 million astronomy industry on Hawai'i Island and with it, the stalled TMT project."
The measure would set up a management authority involving Native Hawaiians, the university and telescope representatives. House Bill 2024 is up for a vote this Friday. To read the bill, committee reports and testimony, see https://www.capitol.hawaii.gov/measure_indiv.aspx billtype=HB&billnumber=2024&year=2022
To read comments, add your own, and like this story, see www.facebook.com/kaucalendar/.See latest print edition at www.kaucalendar.com. See upcoming events at https://kaunewsbriefs.blogspot.com/2022/03/upcoming-events-for-kau-and-volcano
NOROVIRUS IN RAW OYSTERS HAS LED TO THREE CASES ON HAWAI'I ISLAND, one with hospitalization, according to the state Department of Health. DOH issued a warning on Tuesday to restaurants, food distributors and the public. DOH asks that anyone who has consumed raw oysters and experienced norovirus symptoms to contact its Disease Investigation Branch on its Disease Reporting Line at 808-586-4586.
Symptoms, which typically occur within 12 to 28 hours after ingesting tainted raw oysters, include nausea, vomiting diarrhea, stomach pain and sometimes, fever, head and body aches. Most people recover in one to three days, but victims should be careful to hydrate often to avoid dehydrations.
Food contamination with norovirus is not obvious, producing no unusual odor or discoloration of the raw oysters. The virus survives heat, up to 145 degrees F.
DOH advises that the oysters were sourced in British Columbia, harvested and identified from the following sites Baynes Sound: #1407063, #1411206, #278737 in BC 14-8 and #1400036, in BC 14-1. Product tags display as Baynes Sound 14-8 and/or DEEP BAY, 14-15. DOH directed retailers and restaurants to refrain from serving and selling these raw oysters and to dispose of them or return to distributors.
In addition to the three cases on this island, one was recorded on O'ahu. All occurred in early to late March. The Center for Disease Control & Prevention announced that the norovirus outbreak from raw oysters is multistate, with at least 91 illnesses in 13 states as of April 4. Norovirus is the leading cause of foodborne illness in the U.S.
To read comments, add your own, and like this story, see www.facebook.com/kaucalendar/.See latest print edition at www.kaucalendar.com. See upcoming events at https://kaunewsbriefs.blogspot.com/2022/03/upcoming-events-for-kau-and-volcano
FLIGHT OPERATIONS FOR HAWAI'I VOLCANOES NATIONAL PARK are planned for this month:
April 11 between 9:30 a.m. and 12:30 p.m. for survey and control of invasive guinea grass in the Keauhou area, between sea level and 700-ft. elevation.
April 12 between 7:30 a.m. and 11 a.m. for Hawaiian petrel monitoring, between 6,000- and 9,000-ft. elevation. The endangered Hawaiian petrels live at sea but nest high on the volcanoes.
Also on April 12, survey and control of invasive banana poka will occur in the Mauna Loa burn area, between 4,000- and 5,000-ft. elevation.
April 14 between 8 a.m. and 11:30 a.m. there will be more flights for Hawaiian petrel monitoring, between 6,000 and 9,000-ft. elevation.
More flights will occur on April 19 between 6:30 a.m. and 8:30 a.m. for ungulate survey in Kahuku between 4,000- and 7,000-ft. elevation.
In addition, the USGS Hawaiian Volcano Observatory may conduct flight operations over Kīlauea and Mauna Loa to assess volcanic activity and maintain instrumentation.
The park statement sayd HVNP regrets any noise impact to residents and park visitors. Dates and times are subject to change based on aircraft availability and weather.
According to an HVNP statement, management of the park requires the use of aircraft to monitor and research volcanic activity, conduct search-and-rescue missions and law enforcement operations, support management of natural and cultural resources, and to maintain backcountry facilities.
To read comments, add your own, and like this story, see www.facebook.com/kaucalendar/.See latest print edition at www.kaucalendar.com. See upcoming events at https://kaunewsbriefs.blogspot.com/2022/03/upcoming-events-for-kau-and-volcano.
HAWAIIAN ELECTRIC IS OFFERING DISCOUNTED RATES FOR HEALTH-COMPROMISED CUSTOMERS whose rates are higher due to medical equipment or increased heating or cooling needed 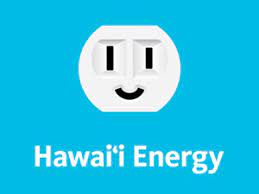 at http://kaunewsbriefs.blogspot.com/2022/04/upcoming-events-for-kau-and-volcano.html
Posted by The Ka`u Calendar at 11:18 PM