THE FIRE AT POHUE BAY ON SUNDAY AFTERNOON burned within ten feet of endangered Hawaiian hawksbill turtle nests, according to a statement released by Hawai'i Volcanoes National Park on Wednesday. "Vegetation on the beach like fallen palm fronds and Pōhuehue (beach morning glory) burned within ten feet of two honuʻea (Hawaiian hawksbill turtle) nests. "The beach at Pōhue Bay contains important nesting habitat for honuʻea. The fire consumed native vegetation that provides nesting habitat and directly threatened active nests," said Sierra McDaniel, Hawaiʻi Volcanoes National Park Natural Resources Program Manager.
The Park announced that "This unfortunate incident is a good reminder that public access to this area is currently not permitted. Until interim operating procedures are completed, and safe access protective of cultural and natural resources can be ensured, public access is temporarily restricted. There are no bathroom facilities, no formalized parking or capacity for trash removal, and emergency response is very limited."
The statement also said that the fire was extinguished thanks to a coordinated response from Hawaiʻi County and National Park Service firefighter crews. Hawaiʻi County Fire Department arrived first to the remote location and used a brush truck and two tankers from Ocean View and Pāhala to put out the fire. A National Park Service hand crew completed the final patrol and mop-up of the fire, according to Greg Funderburk, Hawaiʻi Volcanoes National Park Fire Management Officer. Area residents said they also witnessed the involvement of a helicopter used to drop water.
Park law enforcement is investigating the cause of the fire, but it is yet unknown. "We are still in drought conditions across the island, so people need to be careful with fire," said Funderburk.
For more information on the Kahuku-Pōhue parcel, visit https://www.nps.gov/havo/learn/historyculture/kahuku-pohue.htm.

A CAR BREAK-IN BETWEEN VOLCANO AND PĀHALA along Highwy 11 at the Kaʻū Desert Trailhead in Hawai'i Volcanoes National Park last Saturday resulted in damage to the vehicle and the theft of personal items. According to HVNP, since 2018 in Hawai'i Volcanoes National Park, there have been 18 thefts from vehicles and two stolen vehicles. Five of the incidents were at Kaʻū Desert Trail, four at Steam Vents and the rest at other locations in the park. Visitors are urged to lock their cars and to take cell phones, ids and important documents with them when walking in the park. More details on incidents in the park are available through applying to the federal government through the 20-day Freedom of Information Act process. 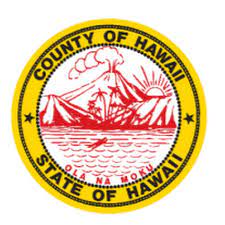 EXTENSION OF TIME FOR REZONING APPLICATIONS would require County Council approval, under a measure approved by the Windward Planning Commission last week. The bill addresses the situation in which the Planning Director is allowed to give extensions, such as a five year extension for a project for which the developer has been unable to finish improvements or other requirements of the agreement with the county. The Planning Director would have to receive approval from the County Council to allow the extension. Councilman Holeka Inaba came up with the bill to disallow the administrative extension, calling for more transparency in issuing such extensions. The matter will be taken up by the Leeward Planning Commission on Oct. 20 and could move on to the County Council.

TULSI GABBARD QUIT THE DEMOCRATIC PARTY THIS WEEK. The former congresswoman, who represented all of rural Hawai'i, including Ka'u, made announcement, saying, "
“I can no longer remain in today’s Democratic Party – which is now under the complete control of an elitist cabal of warmongers driven by cowardly wokeness. The Democrats of today divide us by racializing every issue, stoking anti-white racism, and are actively working to undermine our God-given freedoms enshrined in our Constitution. The Democrats of today are hostile to people of faith and spirituality. They demonize the police and protect criminals at the expense of law-abiding Americans. The Democrats of today believe in open borders and weaponize the national security state to go after political opponents. Above all else, the Democrats of today are dragging us ever closer to nuclear war.”
Gabbard, who declined to run for a second term in congress in order to run for U.S. President in 2020, pointed out that she is a soldier in the U.S. Army Reserves and  a combat veteran of three deployments in Africa and the Middle East. . She said, “I believe in a government that is of the people, by the people, and for the people. Unfortunately, today’s Democratic Party does not. Instead, it stands for a government of, by, and for the powerful elite."
Gabbard said, “I’m calling on my fellow common sense, independent-minded Democrats to leave as well. If you can no longer stomach the direction that so-called woke Democratic Party ideologues are tak
ing our country, I invite you to join me.”
Gabbard currently serves as a Lieutenant Colonel in the U.S. Army Reserves working as a Civil Affairs Officer. She first served in elected office in the Hawaii State House of Representatives when she was 21
years old. After the attacks on 9/11, she enlisted in the Army National Guard. In 2004, she gave up a re-election campaign and volunteered to deploy to Iraq with the 29th Brigade Combat Team where she served in a medical unit. After returning home in 2006, Tulsi worked in the U.S. Senate as a legislative aide to the late Senator Dan Akaka, who was Chairman of the Senate Veterans Affairs Committee. She then volunteered for a second Middle East deployment as a Platoon Leader.
The statement released Tuesday says, "Having experienced firsthand the true cost of war, Tulsi ran for United States Congress at age 31, vowing to honor the lives and sacrifice of her brothers and sisters in uniform. She prevailed in a difficult election and went on to serve in Congress for eight years as a member of the Armed Services, Homeland Security, and Foreign Affairs Committees. Foregoing a run for re-election to Congress, she ran as a Presidential candidate in the Democratic Party in 2020.
"Tulsi puts country before party and approaches every issue, domestic and foreign, based on ensuring the safety, security, and freedom of the American people."
To read comments, add your own, and like this story, see www.facebook.com/kaucalendar. See latest print edition at wwwkaucalendar.com. See upcoming events at https://kaunewsbriefs.blogspot.com/2022/04/upcoming-events-for-kau-and-volcano.html.

PAPER CUP GHOST HANGINGS  will be made by keiki participating in the session at Kaʻū District gym on Wednesday, Oct. 19 from 4 p.m. to 4:30 p.m. It's open for keiki K-6. 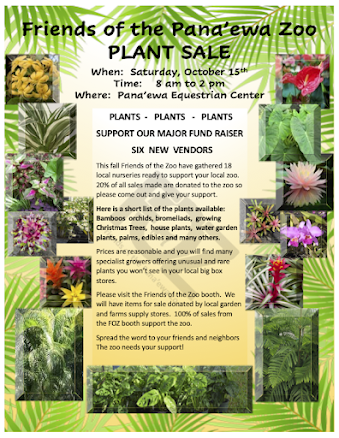