SPLIT ON WHETHER TO IMPEACH DONALD TRUMP, members of Hawaiʻi's Congressional Delegation put forth their views Tuesday. Rep. Tulsi Gabbard, who is also running for President, broke with the Hawaiʻi delegation and her Democratic opponents in the presidential race. She told CNN that "It's important that Donald Trump be voted out of office by the American people."
Gabbard told CNN that impeachment proceedings announced by House of Representatives leader Nancy Pelosi Tuesday, would divide the country. Gabbard said that transcripts alleged to reveal corruption by Trump in dealing with the Ukranian government should be released to the public and studied by Congress, which should make a "decision based on facts."
Sen. Mazie Hirono issued the following statement: "I commend Speaker Pelosi and House Democrats for opening a formal impeachment inquiry that will lay out for the American people whether Donald Trump committed high crimes and misdemeanors.

"Here's what we know: He obstructed justice as detailed in the Mueller Report. He has been named as an unindicted co-conspirator in a campaign finance crime. He has been receiving money in violation of the Constitution from foreign governments. He pressured a foreign government to investigate his political rival -- and he may even have threatened to withhold Congressionally-allocated aid money destined for that country to fight Russian aggression. He has stonewalled every effort by Congress to do its job of oversight and investigation, by directing witnesses not to testify in front of Congress, refusing to turn over documents, and asserting privileges that don't exist.
"From Day 1 of his presidency, Donald Trump has been motivated by two things: protecting himself and making money. Speaker Pelosi is right to hold this dangerous chief executive accountable."
Hirono first called for the opening of an impeachment inquiry on May 29, following Special Counsel Robert Mueller's press conference at the U.S. Department of Justice, outlining the conclusions of his two-year investigation into Russian interference in the 2016 election and whether
the Trump campaign coordinated with those efforts.
Sen. Brian Schatz issued a statement, accusing Trump of "breaking statutory and constitutional law every day." Schatz charged that Trump "is abusing his inherent power as president with regularity, enthusiasm, and most troublingly, impunity.
"He and his legal team argue that a sitting president's authorities are so vast that they literally transcend the law. They argue that the Congress has a remedy for this criminality and defiance – the impeachment process. If that is their view, so be it. On behalf of the people who elected us, we must formalize and accelerate the impeachment process so that Congress, by exercising its responsibility under Article 1 of the Constitution, can provide some measure of accountability."
To read comments, add your own, and like this story, see Facebook. Follow us on Instagram and Twitter. See our online calendars and our latest print edition at kaucalendar.com.


TULSI GABBARD, KAʻŪ'S REPRESENTATIVE IN CONGRESS, QUALIFIED FOR THE FOURTH DEBATE among Democrats running for the presidency in 2020. Her campaign made the announcement Tuesday. At least 12 candidates will take the stage in the debate to be hosted by the Democratic National Committee, CNN, and the New York Times. It will be held at Otterbein University in Westerville, Ohio on Oct. 15 and 16, televised on CNN.
The poll that qualified Gabbard is the New Hampshire Survey by Monmouth University. Another qualified candidate is a new addition to the official DNC stage. He is Tom Steyer, the advocate for mitigating Climate Change, which he calls an immediate crisis for the human race. The other candidates were all in the first three debates, with the exception of Gabbard, who spoke out in the first two, but missed the DNC's polling requirements for the third debate. 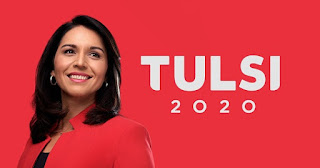 Candidates already qualified  for the fourth debate are: Joe Biden, Pete Buttigieg, Kamala Harris, Bernie Sanders, Elizabeth Warrren, Corey Booker, Beto O'Rourke, Andrew Yang, Amy Klobuchar, Julian Castro, Seyer, and Gabbard. The deadline to qualify is Oct. 1.
To join in the fifth debate in November, Gabbard must confirm donations from at least 165,000 people and 3 percent support from four qualifying national or early-state polls, or 5 percent from two polls in the states with early voting: Iowa, New Hampshire, Nevada, and South Carolina.
To read comments, add your own, and like this story, see Facebook. Follow us on Instagram and Twitter. See our online calendars and our latest print edition at kaucalendar.com.


THE OCEAN VIEW BOYS & GIRLS CLUB PROGRAM is becoming a great success, says Chad Cabral, who visited the site today. "Keeping kids supported and safe, the soul continues to be fulfilled by the smiles and appreciation of our Ocean View youth," were his words after leaving the Ocean View Community Center location.
Cabral, Chief Executive Officer of Boys & Girls Club of the Big Island, said, "An Ocean View parent approached me this evening while picking up his children and shared how thankful he was for this offering. He shared that, as a child, he attended our Boys & Girl's Club Hilo program and it really meant a lot to him growing up. He sees the same joy in his kids while they are at the program" in Ocean View.
Cabral noted that "after homework is pau, it's snacks and fun activities before staff transport the kids home for the evening." He said he wants to thank the community and partners "for making all this happen, for the kids who need us most." The program is geared for up to 40 children.

SPEAK OUT ON THE DRAFT GENERAL PLAN in Volcano on Monday, Oct. 7,  at  in . Specific topics "most relevant to the region" from the Draft General Plan will be discussed. Hosted by Hawaiʻi Planning Department, the public is urged to come comment. Questions? Call 961-8228, or see hiplanningdept.com/general-plan.
Public comment is open through Thursday, Oct. 31, at GeneralPlan@hawaiicounty.gov, (808) 961-8288, or Planning Department, ‘i, . 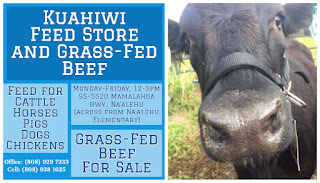 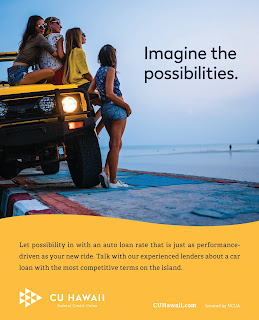 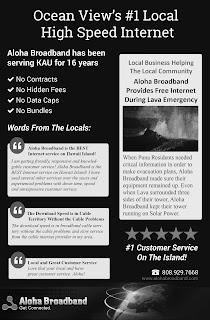 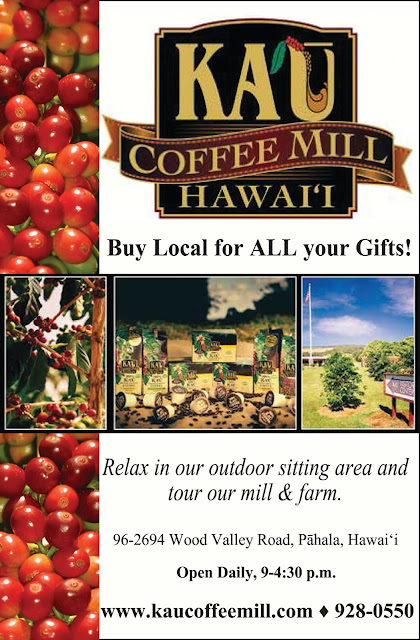 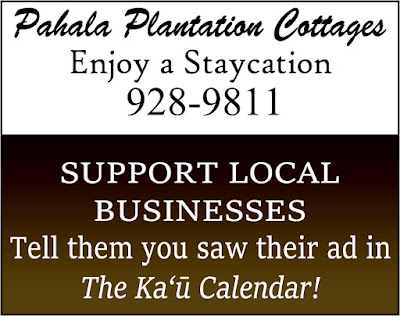