THE 2022 WILDFIRE & DROUGHT LOOKOUT was launched Wednesday. The annual statewide wildfire awareness and preparedness campaign is the product of 35 Hawai'i-based agencies and diverse entities, including all the fire departments in the state.
Their statement says, "In the past decade, wildfires across Hawaii have been increasing in frequency, size, and impacts. This season is no exception, as we have already seen fires begin to occur across the state 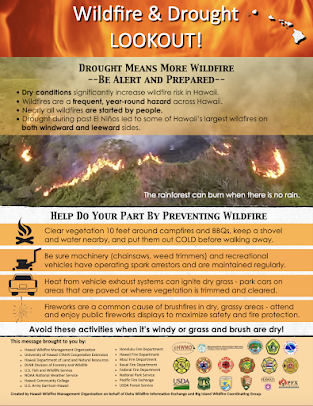 and anticipate fire danger to worsen in the coming months. We are writing now to invite you to help get critical wildfire preparedness information to your colleagues, stakeholders, friends, neighbors, and constituents. We are aiming for a wildfire-aware and wildfire-prepared Hawaii. #wildfirereadyHI."
Resources can be found on the main campaign webpage at www.hawaiiwildfire.org/lookout. 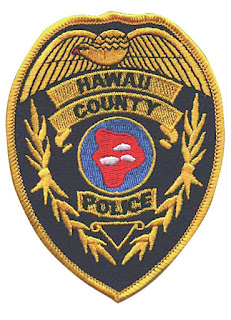 On Monday, May 9, 2022, around 11:30 p.m., Ka‘ū patrol officers responded to a structure fire on the 95-1200 block of Ohai Road in Nā‘ālehu. Prior to arrival, the fire had spread to a neighboring residence, creating a second structure fire. No one was seriously injured during this incident. In the course of their investigation, detectives with the Area II Criminal Investigation Section determined that the fire was intentionally set and that Kekoa was responsible for the fire.
On Tuesday, May 31, 2022, with assistance from Ka‘ū patrol, detectives located and arrested Kekoa at a residence in Nā‘ālehu. After conferring with the County Prosecutor’s Office, police charged Kekoa with two counts of arson in the first degree. Her bail was set at $20,000. Kekoa made her initial court appearance on Wednesday, June 1, at Kona District Court. Anyone with information on this arson investigation is encouraged to contact Detective Anson Caceres at (808) 326-4646 Ext. 225; or via email at anson.caceres@hawaiicounty.gov. Also contact the Hawaii Police Department’s non-eemergency number at (808) 935-3311.
Citizens who wish to remain anonymous can make an anonymous tip through Crime Stoppers at (808) 961-8300 and be eligible for a reward of up to $1,000. Crime Stoppers does not record any calls or subscribe to caller ID.
To read comments, add your own, and like this story, see www.facebook.com/kaucalendar/. See latest print edition at www.kaucalendar.com. See upcoming events at https://kaunewsbriefs.blogspot.com/2022/04/upcoming-events-for-kau-and-volcano.htmltml
FINDING PILINA IS KU'IKAHI'S TOPIC FOR FINDING SOLUTIONS, GROWING PEACE, at noon, the third Thursday of this month, June 16, through its Brown Bag Lunch Series. Effective Communication Through Relationship Building is the title for event available via zoom.
This month’s speakers include Troy J.H. Andrade, is a law professor and Director of the Ulu Lehua Scholars Program at the William S. Richardson School of Law. Another is Charles Crumpton, who was a civil litigation attorney from 1978-2014 and since 1985 is a mediator and arbitrator who teaches collaborative leadership and conflict resolution. Also speaking is Elizabeth Kent, J.D., who formerly practiced commercial law and currently is a mediator and meeting facilitator who also teaches conflict resolution.
Andrade said, “One important, and often underutilized, tool of effective communication is to find and build pilina--strong relationships based on mutual respect and understanding."
In this conversation, panelists will discuss tips to create connections among participants in a mediation, classroom, or gathering, to ensure connectedness that could lead to better outcomes.
Ku'ikahi’s Brown Bag Lunch Series is free and open to the public. Attendees are encouraged to enjoy an informal and educational talk-story session and connect with others interested in Finding Solutions, Growing Peace.
To get the Zoom link, register online at https://freebrownbagtalk.eventbrite.com.For more information, contact Ku‘ikahi Mediation Center at (808) 935-7844 or info@hawaiimediation.org. Or visit www.hawaiimediation.org.
This lunch-and-learn series is made possible in part to funding from County of Hawai‘i and Hawai‘i Island United Way.
To read comments, add your own, and like this story, see www.facebook.com/kaucalendar/. See latest print edition at www.kaucalendar.com. See upcoming events at https://kaunewsbriefs.blogspot.com/2022/04/upcoming-events-for-kau-and-volcano.htmltml 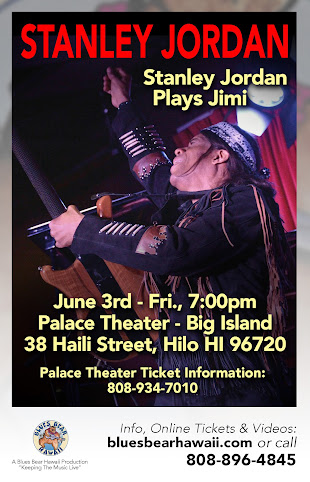 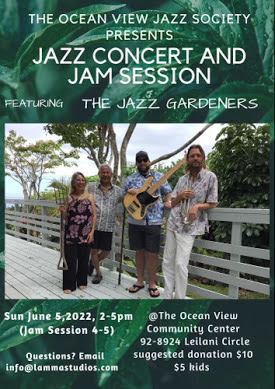