UP TO $25 MILLION WILL BE AWARDED TO UNIVERSITY OF HAWAIʻI by the U.S. military agency that was founded more than 60 years ago to support technological advancement during the Space Race between the U.S. and the Soviet Union. Instead of space, this funding is for the ocean. The Defense Advanced Research Projects Agency will fund U.H. to develop an engineered coral reef ecosystem to help protect coastlines from flooding, erosion and storm damage. The goal of the five-year project, inspired by natural reefs, is to create an engineered structure that dissipates wave energy while providing habitat for corals and other reef life.
The reason for protecting coastlines is security, According to its website, "DARPA has held to a singular and enduring mission: to make pivotal investments in breakthrough technologies for national security."
The ground-breaking project is a joint effort between UH Mānoa’s School of Ocean and Earth Science and Technology (SOEST) and the UH Applied Research Laboratory (ARL). 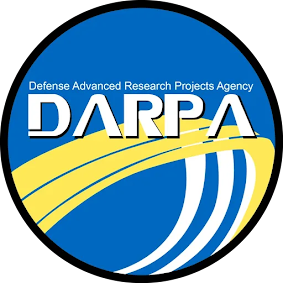 “The Rapid Resilient Reefs for Coastal Defense (R3D) project will be the first of its kind by taking an integrated, ecosystem-level approach to design and build a living coastal-protection system,” said Ben Jones, R3D principal investigator and Director of Ocean Science and Technology at ARL. “This is an immense challenge. We have assembled a team of experts right here in Hawaiʻi who, in partnership with Florida Atlantic University and Scripps Institution of Oceanography, will devise real solutions that will help our community and other communities around the tropical Pacific that are already facing the effects of climate change.”
Sea-level rise and wave-induced flooding during increasingly frequent storm events threaten the sustainability of coastlines and more than 1,700 U.S. Department of Defense-managed military installations in coastal areas worldwide. Natural coral reefs provide substantial protection to shorelines—absorbing and dissipating the intense energy from storms and waves. As sea level rises and coral reef degrades, existing storm mitigation solutions may prove insufficient and damage due to storm surge and flooding will continue to impact communities and infrastructure.
“This award will enable our world-class experts to develop advanced technology that will have a significant impact here in Hawaiʻi, and around the world,” said UH Mānoa Provost Michael Bruno. “We are proud to have UH research at the cutting edge of creating a solution to a global problem.”
Partnering engineering, ecology and biology: The new project integrates coastal engineering and hydrodynamics with expertise on coral reef ecology and adaptive biology to enable the team to rapidly develop a living, breakwater system that can adapt to both rising seas and increasing ocean temperatures.
“The typical fringing reef consists of a fore reef along the slope, a reef crest that absorbs much of the wave energy and a protected back reef that harbors more delicate species,” said Zhenhua Huang, SOEST professor of Ocean and Resources Engineering and lead investigator for base structure engineering. “We intend to achieve similar wave attenuation using perforated, thin-walled base structures which are low-cost, efficient energy dissipators. It’s our hope that this project can provide a win-win solution for addressing preservation of nearshore marine natural resources and shore protection.”
Healing corals over time: Establishing coral and other reef supporting organisms on the reef structures

is critical to ensuring the structures have the capability to grow and heal over time. Fragments from known thermally tolerant colonies will be attached to succession modules, reef-mimicking structures that will be attached to the wave-attenuating base structures. Larvae from known thermally tolerant coral species will also be encouraged to make their home on these structures.
“Designing succession modules that attract coral larvae, and then protect them from being eaten or overgrown by algae, is essential for kick-starting a living reef,” said Josh Madin, associate research professor in the Hawaiʻi Institute of Marine Biology (HIMB) in SOEST and lead investigator for ecosystem engineering. “Larvae are really bad swimmers, and so they need to be captured by cracks and crannies in the structure. We will use 3D design and biofilm chemistry to attract larvae and encourage settlement, while discouraging algae growth. On top of this, we will use sounds that mimic a healthy reef to attract organisms that help coral growth.”
Additionally, the team will explore cost-effective ways to supplement feeding for bleached corals and even actively shade or cool the reef in the early stages of the reef development and during marine heat waves.
“Coral reefs across the planet are declining from the combined assaults of human impacts,” said Rob Toonen, HIMB professor and lead investigator for adaptive biology. “This project builds on over a decade of research at HIMB into practical solutions for farming thermally tolerant corals capable of withstanding those assaults and rebuilding the reef structure that protects our coastal roads, runways, and neighborhoods.” 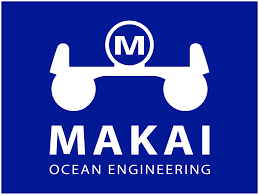 The project is already garnering local support as an alternative to artificial coastal protection systems.
Rocky Kaluhiwa, president of the Koʻolaupoko Hawaiian Civic Club, said, “The Koʻolaupoko Hawaiian Civic Club strongly supports an approach like this, because it respects our traditional ways to manage our ʻāina and kai, finding a balance between the seas and the land.”
The team plans to collaborate with scientists and engineers at Makai Ocean Engineering on Oʻahu, Florida Atlantic University, Scripps Institution of Oceanography at the University of California, San Diego and Ohio State University. Additional partnerships will also facilitate various aspects of this project. To scale up the effort, Makai Ocean Engineering, a Hawaiʻi-based company, will handle major construction, anchoring and installation; and an Australian firm, Reef Design Labs, will create flexible, reusable forms to build hundreds of the succession modules.
To read comments, add your own, and like this story, see www.facebook.com/kaucalendar/. See latest print edition at www.kaucalendar.com. See upcoming events at https://kaunewsbriefs.blogspot.com/2022/04/upcoming-events-for-kau-and-volcano.html.
FOR FATHERS DAY SUNDAY, HAWAIʻI'S LEADING DEMOCRATIC CANDIDATES FOR GOVERNOR CAMPAIGNS SENT OUT MESSAGES.
Kai Kahele, gubernatorial candidate, U.S. House of Representative member for Kaʻū and all of rural Hawaiʻi, and airline pilot, dedicated his message to his father, the late state Senator Gil Kahele from Miloliʻi. He noted that when Gil Kahele was first elected, "he was considered a political newcomer, but his life of public service began much earlier. In fact, my earliest memories are ones standing on the dock handing out fish we had caught to our neighbors, cousins, and friends.
"As a simple boy from the last Native Hawaiian fishing village of Miloliʻi, his whole life was committed to caring for his community and making it a better place. He instilled that in all of us. My sisters went on to become teachers, my brother a fisherman, and myself a pilot.
"From a young age, we watched my dad tackle every issue he encountered with integrity, honor, and aloha. It's why people respected him, and why I always looked up to him.
"It's those same values that I have tried to embody so that my keiki will one day be able to pass them on to their keiki and so on.
"On January 26, 2016, my dad passed away at Queens Hospital in Honolulu. He had fallen ill and expressed to me and my siblings that it was his time. The day before he crossed over into pō, he called me into his room and asked me a question that changed the trajectory of my life, eventually leading me to this race for governor.
"It was never my plan to be a statesman. But one thing that my dad taught me was that when there is a call to serve, you serve. Our state is at risk of being sold out to the highest bidder. Our local families are being pushed out by high costs of living, lack of affordable housing, and a finite number of viable career opportunities.
"At the same time, public corruption is at an all time high and pay-to-play politics has become the status quo. Special interest groups and big money players are lining politicians' pockets, while our working class continues to suffer.
"Of the millions of things that I have to thank my dad for, I thank him most for the courage to stand up for what's right at all costs. That's what this movement is about — right vs. wrong — Hawaiʻi vs. special interests.
"Happy Fathers Day to all the dads who stand up and fight for their families, their communities, and themselves. We need to lead Hawaiʻi with the same local values as my dad, Gil - the same values as all the local dad's across the state. They're da real MVPs."
Josh Green, emergency room physician, Lt. Governor and gubernatorial candidate's campaign message came from his wife Jamie:
"My name is Jaime Green, and I'm Josh's wife. To all the dads out there, my family and I wish you a very happy Father's Day!
"Josh is a great dad — no matter how busy he is with work, he finds thoughtful ways to show our children, Maia and Sam, how much he cares about them.
"He asks about their day, stops at the store to get their favorite treats, and always makes time to play family game night.
"I met Josh almost 20 years ago, and I have always been impressed by his hard work and commitment to caring for the people of Hawaiʻi.
"I am so proud of the great example that he sets for Maia and Sam to be actively engaged, caring leaders of our community.
"I know that if elected, he will continue to bring the same dedication and compassion to the Governor's office, and Hawaiʻi will be so much better for it.
"This Father's Day, I am asking for your support in Josh's campaign for Governor."
To read comments, add your own, and like this story, see www.facebook.com/kaucalendar/. See latest print edition at www.kaucalendar.com. See upcoming events at https://kaunewsbriefs.blogspot.com/2022/04/upcoming-events-for-kau-and-volcano.html.
VOLCANO VILLAGE FOURTH OF JULY PARADE welcomes walking and riding groups and individuals. It is sponsored by Volcano Community Association in Volcano Village from 8:30 a.m. to 1 p.m. The Monday, July 4 parade starts at the Post Office at 9 a.m. and ends at Cooper Center on Wright Rd., followed by Cooper Center’s Independence Day celebration packed with live entertainment, craft and food vendors, keiki games and a large silent auction from 9 a.m.to 11:30 a.m. Parking maps can be found at www.thecoopercenter.org. (No parking at Cooper Center except handicap permitted vehicles with prior reservation.)
SPONSOR A BUCKLE, VOTE FOR RODEO QUEEN ahead of the Saturday, July 9 Rodeo sponsored by Kaʻū Roping & Riding Association and ʻO Kaʻū Kākou. Event to be held on the rodeo grounds behind Nāʻālehu Park. Call 808-854-7917. 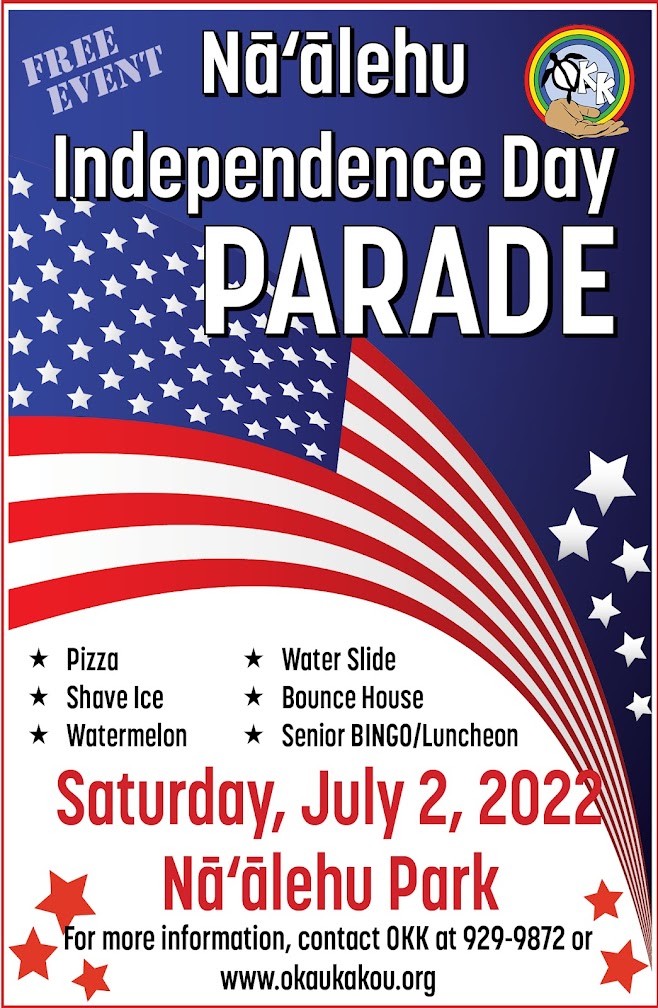 BECOME A VENDOR AT THE 3RD ANNUAL EXPERIENCE VOLCANO FESTIVAL on Saturday, July 30th and Sunday, July 31st from 10 a.m. to 4 p.m. each day. Last year, over 2,500 visitors attended and over 40 events were featured during the EVH festival. All vendor spaces are $50 for both days of the festival. Sign up as a vendor or a sponsor at experiencevolcano.com. If you have questions, contact experiencevolcano@gmail.com. 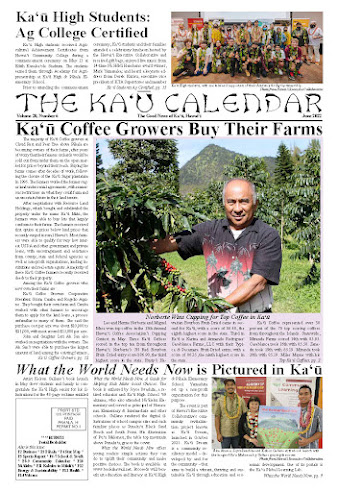 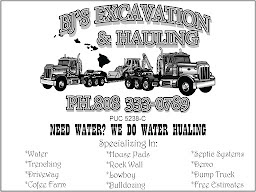 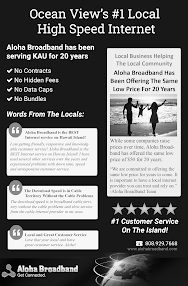