THE MAILE STREET FIRE IN PĀHALA on Sunday spilled into Monday with fire crews putting out flareups, soaking down ashes and cutting back teetering trees that had burned. Maile Street remained blocked off along the pine tree road at Hwy 11 and all along the fire front along Maile Street. Flareups persisted along the Old Mill road to the macadamia factory. A helicopter continued its work dropping water on the hotspots. Wind whipped up ashes from the old mill yard of the sugar cane company that shut down in 1996 with the Kaʻū District under a Red Flag Alert for wind. Firefighters said they would watch over the area at least through Monday night.

MENTORS FOR DEVELOPING HYDROGEN ENERGY FOR HAWAI'I COUNTY will be from Namie, Japan and Lancaster, CA. The announcement was made at the recent international climate meetings in Egypt by by U.S. Secretary of Energy Jennifer M. Granholm in collaboration with the governments of Japan and the United Kingdom. A statement from Hawai'i County says, "Through this trans-Pacific Mentor-Mentee partnership of municipal leaders, Lancaster and Namie, Japan, have pledged to share best practices and strategies to accelerate hydrogen and fuel cell use in Hawaiʻi County. Namie and Lancaster are the world's first hydrogen cities and have attracted corporate, government, and academic sponsors to help build out their infrastructure." 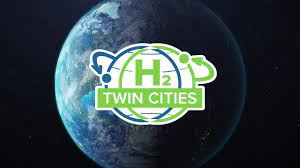 The partnership is supported by the U.S. Department of Energy's inaugural H2 Twin Cities Initiative with its H2 – TRANS – PACIFIC Team proposal to develop clean hydrogen solutions for energy sustainability and strengthening ties across the Pacific.
E. Rex Parris, Mayor of the City of Lancaster, said, "Climate extinction is not a problem that Lancaster, Namie, or Hawaiʻi can solve alone. But together, we may lead the way for the rest of the world to join us before it's too late." He thanked the Department of Energy for the H2 Twin Cities designation, which will bring resources and opportunities to green hydrogen solutions. "Together, we can drive change at the local level and improve environmental conditions for our communities."
Over the past decade, the City of Lancaster has transformed into a renewable energy leader, attracting more than $2 billion of investment in cutting-edge renewable and clean energy projects.
Hawai'i County, Namie and Lancaster have announced the aim to make significant progress toward carbon neutrality by 2035. "Although they represent diverse geographies, demographics, economic drivers, and levels of hydrogen deployment, they share a common bond of being early adopters of hydrogen demonstration projects through visionary leadership. Unfortunately, their communities have also all faced an increasing number of natural disasters—many caused by rapid climate change," says the Hawai'i County statement. Eiko Yoshida, Mayor of Namie City in Fukushima prefecture, said that after suffering great casualties from Japan's earthquake, tsunami, and nuclear tragedy 11 years ago, Namie City aims to maximize renewable energy usage and production of hydrogen at their world-class FH2R facility. "Through the mentor-mentee program and the alliance between three cities, we can share our progress and challenges and continue working toward the construction of a hydrogen society," he said.
The mentee municipality of Hawaiʻi County, which is perhaps the most vulnerable of the three to natural disasters due to rising sea levels and volcanic activity, also has the greatest diversity and wealth of renewable energy resources that can be converted into hydrogen production.
Hawai'i County Mayor Mitch Roth said, "Our administration remains resolute in our efforts to convert to hydrogen, the highest and most available form of energy in the universe. We are starting by working to turn municipal waste into hydrogen energy to fuel our County fleet and reduce the waste in our landfills. Next, we plan to generate large amounts of hydrogen from geothermal energy to replace fossil fuel-based electricity generation and decarbonize air travel emissions. We live in one of the most beautiful and pristine places on the planet, and as leaders, it's our job to care for this place by being thoughtful stewards, and hydrogen conversion is just one example of that."
The ambitious goals and creative solutions are due in no small part to the visionary and energetic leaders of these municipalities, according to Lex Heslin, CEO of Enso Infrastructure, a green hydrogen 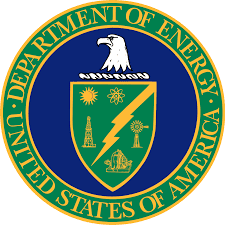 project developer, who brought the three cities together and acts as the H2 – TRANS – PACIFIC program manager and advisor. He has worked with Lancaster for more than a decade to advance its position as a leading sustainable city. "The Mayors of Lancaster, Namie, and Hawaiʻi County are known for making bold, positive changes. By working together, they will greatly advance clean hydrogen innovation and deployment to improve people's lives, regional infrastructure, and the environment," Heslin said. "Equally compelling is the fact that this unique trilateral relationship also creates critical trade routes for hydrogen that bridge the U.S. and Japan, providing much-needed energy security in the Pacific and Asia."
Lancaster, for its part, has entered into partnerships with some of the world's leading clean energy companies, which include BYD, which manufactures electric buses; Heliogen, which generates hydrogen from concentrated solar energy; SGH2, which gasifies wastepaper into hydrogen; and Hitachi Zosen Inova (HZI), which converts organic waste into renewable natural gas and hydrogen. The city also started its own utility company, Lancaster Choice Energy, allowing residents to choose local renewable energy at lower prices.
To read comments, add your own, and like this story, see www.facebook.com/kaucalendar. See latest print edition at wwwkaucalendar.com. See upcoming events at https://kaunewsbriefs.blogspot.com/2022/04/upcoming-events-for-kau-and-volcano.html. 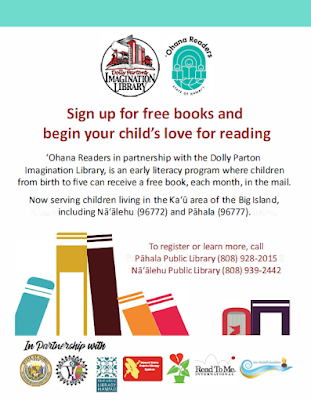 THANKSGIVING CLOSURES OF ALL COUNTY TRANSFER STATIONS, RECYCLING CENTERS AND LANDFILL have been announced by the Solid Waste Division. In observance of the Thanksgiving holiday, this annual closure also includes the East Hawai'i Organics Facility, the West Hawai'i Organics Facility, the Hilo Reload Station, the HI-5 redemption centers at County facilities, and the Reuse Centers.
"We respectfully ask for your kōkua. Please do not litter or illegally dump any materials at the closed Transfer Stations and Recycling Centers. Facilities are scheduled to resume normal operations on Friday," says the County statement.
To register for Solid Waste Notifications via email or text, visit www.hawaiizerowaste.org. With any questions, contact the Solid Waste Administrative Office at (808) 961-8270.

To read comments, add your own, and like this story, see www.facebook.com/kaucalendar. See latest print edition at wwwkaucalendar.com. See upcoming events at https://kaunewsbriefs.blogspot.com/2022/04/upcoming-events-for-kau-and-volcano.html.
TWO MILLION VISIT HAWAI'I VOLCANOES ANNUALLY and the National Park has released a vdeo on enjoying the park when it is busy. An accompanying statement says, "There is one thing you can count on during the holidays at Hawaiʻi Volcanoes National Park if you don't plan ahead: crowds." Thanksgiving 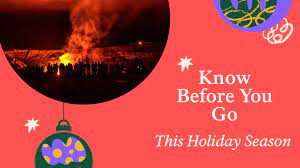 through January are the busiest times, and visitors should expect extremely high visitor concentrations, traffic delays and no parking at popular places during peak hours. "Don't let festive congestion dampen your spirits." A new video shares ranger tips on how to plan ahead for the best park experience, recommending:
1. Know Before You Go. Visit the park website www.nps.gov/hawaiivolcanoes for eruption updates, alerts, what to do, and more before you arrive. Download the free National Park Service app – it's a terrific source to help you explore the park.
2. Be Flexible. The park is open 24 hours, and the busiest time is between 9 a.m. and 9 p.m. every day. Popular overlooks and parking lots are often full. Kīlauea summit is the main destination for most visitors, but there are many places to go in the park. Have alternate destinations in mind, and strongly consider arriving before 9 a.m. or after 9 p.m.
3. Be Respectful. Kīlauea and Mauna Loa are sacred and cherished landscapes. Be considerate of others and use your indoor voice at overlooks. Leave your mobile sound system at home. Point flashlights and headlamps at the ground to avoid blinding others.
The statement recommends sharing the Hawaiʻi Volcanoes National Park video with anyone who plans to visit the park. "With planning and flexibility, everyone can have a safe and memorable visit this holiday season." See it at: https://lnks.gd/l/eyJhbGciOiJIUzI1NiJ9.eyJidWxsZXRpbl9saW5rX2lkIjoxMDYsInVyaSI6ImJwMjpjbGljayIsImJ1bGxldGluX2lkIjoiMjAyMjExMjEuNjcwMzY1MzEiLCJ1cmwiOiJodHRwczovL3d3dy5ucHMuZ292L21lZGlhL3ZpZGVvL3ZpZXcuaHRtP2lkPUMyNzgzMzUzLUJFN0UtNDY5Mi1BNDg5LTdDNjU2QTIxNEY0QiZ1dG1fbWVkaXVtPWVtYWlsJnV0bV9zb3VyY2U9Z292ZGVsaXZlcnkifQ.7AYf7jjIRRYTxP_OS-EHEtwxEKYxgt9SpIX5dc_fK50/s/2157880499/br/148679775153-l.
To read comments, add your own, and like this story, see www.facebook.com/kaucalendar. See latest print edition at wwwkaucalendar.com. See upcoming events at https://kaunewsbriefs.blogspot.com/2022/04/upcoming-events-for-kau-and-volcano.html. 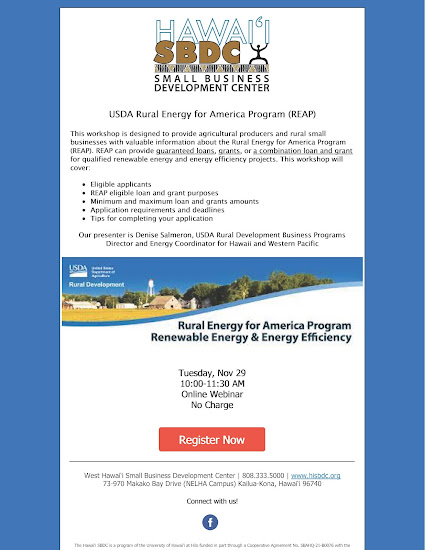 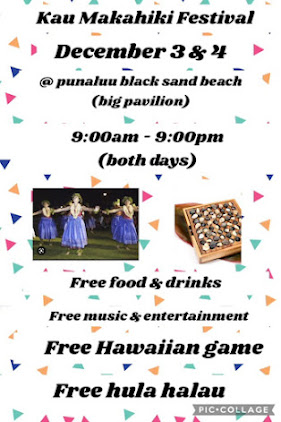 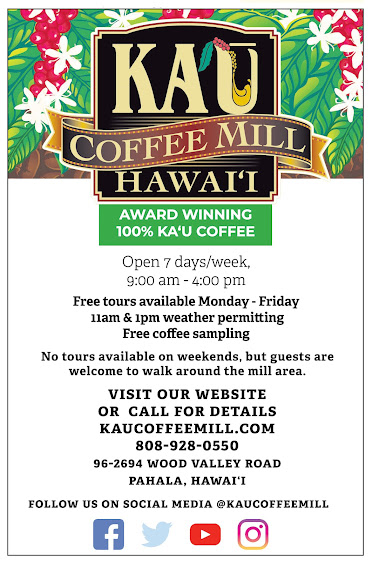