ESTABLISHING A CONNECTOR TRAIL FOR ACCESS TO PŌHUE BAY was put forth by Hawai'i Volcanoes National Park at a public input meeting on Saturday at Nāʻālehu Hongwanji. National Park Service staff set up stations for one-on-one discussions on managing the new Kahuku-Pōhu'e unit of the park. Among the topics were access, natural resources and education about the place.
The 16,000 acres were transferred to the National Park Service in July. Since then, park managers and advisors have met with focus groups and the public to garner ideas as to how the park should be managed.
Pōhu'e Bay is a key nesting ground for the endangered Hawaiian Hawksbill Turtle, and the site of a vast petroglyph field. A traditional Hawaiian mauka-makai trail meets the well known ancient Ala Kahakai trail at Pōhu'e Bay.
Public access to Pōhu'e Bay has proponents and opponents. Hawai'i Volcanoes National Park Superintendent Rhonda Low explained that the park needs input as to how access should be managed. She asked how many people should be allowed to visit the coast? She asked whether day use and overnight use be limited. "People don't want the beach to be overwhelmed," she said.  Current park rules can limit the number of people in a backcountry campground to 16, she explained.
A similar meeting was held in August in Ocean View, the Nāʻālehu meeting organized to draw in more of the Kaʻū community and beyond.
Prior to Hawai'i Volcanoes National Park acquiring the property from a private landowner, hikers could access Pōhu'e on a mauka-makai trial, while others drove a jeep road, providing they had keys to the gates.
Since development of Ranchos subdivision in Ocean View, the traditional hiking trail has started in Ranchos, and crossed private land before traversing the Kahuku-Pōhu'e  parcel to reach the ocean.
The right to use traditional trails on private and public land is guaranteed by the Highways Act dating back to 1892, which was established by Queen Liliuokalani. Hikers regularly use the mauka-makai trail and the Ala Kahakai Trail to reach Pōhu'e. Both of them pre-date 1892 and cross the Kahuku-Pōhu'e parcel.
A jeep road to Pōhu'e afforded access for high-clearance, four-wheel vehicles. This route has been controlled with locked gates. Prior to the park's acquisition, only those members of the public who rented keys from the private property owner could use this route. The route still enters private land before returning to Park property. This part of the route has been of concern to park managers when considering allowing public access to Pōhu'e Bay.
The Superintendent explained that the Park is proposing a new connector hiking trail measuring about a third of a mile. The connector, or spur, would bypass the part of the traditional trail that lies on private property and instead connect the jeep road to the part of the traditional trail that lies on Park property. If
approved, visitors would drive the jeep road for about two miles from the highway to a point close to the end of the Ranchos subdivision. Visitors wanting to reach Pōhu'e Bay would leave their vehicles at this trailhead, and hike the spur trail followed by a short distance on the jeep road, the rejoin the established historic trail. In this way, the need to use the part of the jeep trail that lies on private land would be eliminated.
Loh said that there are no plans to improve the existing jeep road, which mandates four-wheel drive and
high-clearance vehicles.
James Sutton, the Park's Facilities Manager, who would oversee construction of connector trail. told The Kaʻū Calendar that the trail would likely be built by hand.
Jessica Ferracane, the Park's Public Affairs Specialist, added that the new trail may be built as early as 2023.
Park personnel and advisors based questions or the public at the public meeting in Ocean View and Na'alehu on feedback from meetings with focus groups. Ferracane told The Kaʻū Calendar that the groups were Aha Moku, Kaʻū Multicultural Society, Hawai' Civil Club of  Kaʻū, Hana Laulima Lahui o Kaʻū, Kaʻū Advisory Council and Ala Kahakai Trail Association.
See more on Kahuku-Pōhu'e at https://www.nps.gov/havo/learn/historyculture/kahuku-pohue.htm
To read comments, add your own, and like this story, see www.facebook.com/kaucalendar. See latest print edition at wwwkaucalendar.com.
THE INCOMING CONGRESSWOMAN FOR KAʻŪ, JILL TOKUDA, announced recently that she has been elected to serve in two leadership positions within the Congressional Progressive Caucus and the 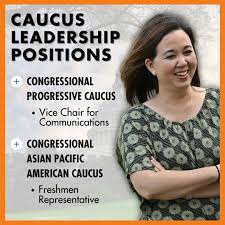 Congressional Asian Pacific American Caucus. The former state Senator, who lives in rural O'ahu and also serves all of the Neighbor Islands, is selected as Vice Chair for Communications in the Congressional Progressive Caucus.      "She will work closely with caucus leadership to craft messaging that advances issues and policies important to working families in Hawai'i and across the country," says a message from her organization.
In the Congressional Asian-Pacific American Caucus, she will serve as Freshmen Representative. "I want to thank my colleagues in the CPC and CAPAC for their trust and confidence in my ability to serve in these leadership roles," said Tokuda.
"I look forward to working with the leadership in both caucuses to advance the issues and policies that are important to our membership. More importantly, I am excited for the opportunity to use these new roles as a platform to elevate the voices of Hawaiʻi at the national level."
To read comments, add your own, and like this story, see www.facebook.com/kaucalendar. See latest print edition at wwwkaucalendar.com.
KĀHEA WAS LAUNCHED DURING THE MAUNA LOA ERUPTION, "where access to credible information is imperative for the community's health and safety," said Mayor Mitch Roth. Phase 1 of Kāhea has been in production for roughly a year and is focused on five primary 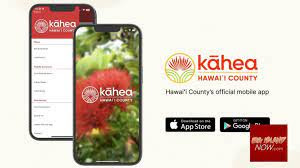 initiatives: emergency communications, traffic/roadwork information, transfer station closures and updates, relevant community updates regarding programs, services, etc., and a one-click County Directory.
"We are trying our best to make sure that we do all we can to get important, relevant information directly into the hands of our community," Roth continued. "As we strive for a Hawaiʻi Island where our keiki can thrive and succeed for generations, we believe that access to viable, real-time information needs to be at the foundation."
The app is not meant to replace existing County communication systems such as Everbridge or Civil Defense's emergency updates but, instead, to bolster and expand their reach. Residents are still encouraged to sign up for updates from all County departments that offer them. In addition, the County of Hawaiʻi website remains a wealth of information relating to day-to-day County business.
The County reports that Kāhea will continue its rollout in phases, with Phase 2 expected to debut sometime in late 2023. The app is available on Apple and Android devices and can be found in their respective app stores. Kāhea is free to download and doesn't include any advertising.
Phase 1 of the application came at no cost to taxpayers, as the AIO Family of Companies donated it. The Hawaiʻi County Council accepted the donation earlier this year.
See https://www.dropbox.com/s/0nz1xir5v2osfpy/20221209_Kahea_AppPromo.mp4?dl=0

To read comments, add your own, and like this story, see www.facebook.com/kaucalendar. See latest print edition at wwwkaucalendar.com.
NO LAVA IS LEAVING THE FISURE 3 VENT, according to the 3 p.m. update on the Mauna Loa lava flow on Sunday. Civil Defense reported: "The Hawaiian Volcano Observatory Mauna Loa Volcano alert level remains at Watch and HVO reports that Fissure 3 output is confined within the vent. There has been no new lava outside the vent and no communities are at risk.The Volcanic Alert Level-Watch means an eruption is underway but with limited hazards."
Daniel K. Inouy Highway, the Saddle Road,  remains open in both directions.
"The reduced level of activity is resulting in less red lava visible. You are reminded that all areas  to Daniel K. Inouye Highway, Old Saddle Road, and near the lava flow are closed and prohibited from access to the public for your safety," said the Civil Defense statement.