MAY IS ASIAN PACIFIC AMERICAN HERITAGE MONTH. Hawai'i's U.S. Senator Mazie K. Hirono released the following to commemorate its start: "Every May, our country recognizes and celebrates Asian Pacific American Heritage Month to highlight the significant contributions Asian American, Native Hawaiian, and Pacific Islander communities have made to this country. This month is a time of celebration, but also a reminder of the many challenges our communities have faced and must continue to overcome. From the Chinese Exclusion Act, to the internment of Japanese-Americans during WWII, decades of racist laws, the rise in anti-Asian hate crimes throughout the pandemic, and more, members of the AANHPI community have long been the target of discriminatory treatment in this country."
"While we have come a long way, the last two years have been a painful reminder of the anti-Asian sentiment that still exists in our country, and the work that remains. The theme for this year's APA Heritage Month is fitting— Advancing Leaders Through Collaboration. One example of that was in the wake of the rise of anti-Asian hate crimes, communities representing every faith, racial group and ethnicity came together in solidarity. As we commemorate the history of our communities and work to combat anti-Asian hatred, we will continue to collaborate with others in order to build an inclusive future where everyone is treated with respect and dignity."
Educational and entertainment opportunities for all ages will be presented by the Library of Congress. On Wednesday is a online workshop called Young Portrait Explorers- Lili'uokalani from the National Portrait Gallery, for ages three to six and adult companies. It features a portrait of Hawai'i's Queen Lili'uokalani and incorporates close looking at portraiture, movements and art-making.  See https://www.eventbrite.com/e/young-portrait-explorers-may-tickets-319185571637?aff=ebdsoporgprofile.
Also on Wednesday is a live-stream concert from the American Folklore Center with Hawai'i's  'ukulele master Herb Ota, Jr. See https://www.loc.gov/concerts/folklife/herb-ohta.html
Also on May 4 is the introduction of a new biography of Hawai'i's Patsy Takemoto Mink, the first woman of color in Congress. The book written by Judy Tzu-Chun Wu and Gwendolyn Mink, is entitled Fast & Fearless.  For this Made in the Library presentation, see https://www.loc.gov/item/event-403767/patsy-takemoto-mink-first-woman-of-color-in-congress/2022-05-04
On May 17 there will be a livestream concert with YoYo Ma.
See the entire Asian Pacific American Heritage Month schedule at https://asianpacificheritage.gov/
To read comments, add your own, and like this story, see www.facebook.com/kaucalendar/. See latest print edition at. www.kaucalendar.com. See upcoming events at https://kaunewsbriefs.blogspot.com/2022/04/upcoming-events-for-kau-and-volcano.html.
TUESDAY WAS ASIAN AMERICAN, NATIVE HAWAIIAN AND PACIFIC ISLANDER EQUAL PAY DAY. Congressman Kai Kahele stated, "Native Hawaiian women earn only 57cents for every dollar that their white, non-Hispanic male counterparts make. We must end these patterns of pay discrimination and strengthen workplace protections for Asian American, Native Hawaiian and Pacific Islander women." 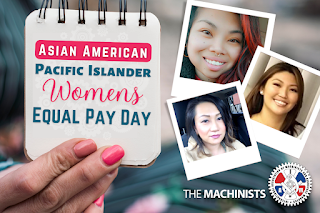 Sen. Mazie Hirono said, "Today is #AANHPIEqualPay Day. AANHPI women make just 75 cents for every dollar their white male counterparts make. For Native Hawaiian women, the gap is even worse. It's past time to close the wage gap and make sure AANHPI women are paid what they deserve."
To read comments, add your own, and like this story, see www.facebook.com/kaucalendar/. See latest print edition at. www.kaucalendar.com. See upcoming events at https://kaunewsbriefs.blogspot.com/2022/04/upcoming-events-for-kau-and-volcano.html.
KA'Ū'S CONGRESSMAN KAI KALEHE released a statement on Tuesday regarding the U.S. Supreme Court's plan to overturn Roe vs. Wade and give the power to each state to prohibit or allow abortions. Kahele, who is expected to announce a run for governor, called the Supreme Court's decision, "An unprecedented choice by the Supreme Court that would undo almost half a century of progress in America. For the sake of my three daughters and all Americans who’d be stripped of their bodily autonomy, we must not be discouraged because the fight isn’t over." 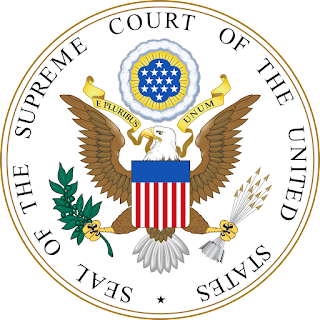 LT. GOV. JOSH GREEN, a physician and gubernatorial candidate, commented Tuesday on the Supreme Court's likely decision on abortion: "As a doctor, a husband, and a father of a young daughter, I always have and always will support the right of every woman to make her own decisions about her healthcare needs. It is wrong for any court, including the Supreme Court, to take away this right. In America, we should never punish or criminalize people for the very personal and private healthcare decisions they make, and I I will always stand up for women, and fight to protect the rights of women in Hawai'i."
SEN. MAIZIE HIRONO, CONCERNING THE OVERTURNING OF ROE VS. WADE, posted on Tuesday: As far as I’m concerned, anybody in this country who cares about our civil rights and our constitutional rights should be very, very concerned about this draft opinion. And what this Court is prepared to do."
To read comments, add your own, and like this story, see www.facebook.com/kaucalendar/. See latest print edition at. www.kaucalendar.com. See upcoming events at https://kaunewsbriefs.blogspot.com/2022/04/upcoming-events-for-kau-and-volcano.html.
THE COUNTY RECOMMENDATION TO DENY APPROVAL OF THE SATELLITE DISH ARRAY PROPOSED FOR WOOD VALLEY quotes extensively from the Kaʽū Community Development Plan. According to several Wood Valley residents, who oppose the project, the county Planning Department reported on Monday that the applicants have withdrawn their request and a public hearing set for Thursday is cancelled.
A document from Hawai'i County Planning Department says its Deputy Planning Director Jeffrey Darrow recommended denial of the project. The document states that the land is designated by state and county for agriculture. The plan, proposed by Taiwan's Academia Sinica Institute of Astronomy & Astrophysics, would use .5 acres for ten 20-foot in diameter satellite dishes and additional land for storage, access road and open space around the facility.
The county planning document states: "The subject property is located within the boundaries of the Kaʽū Community Development Plan, which encourages development within town/village centers to give residents better access to public and commercial services while preserving natural and cultural resources by limiting the spread of development. The subject property is not situated within an area designated for development in the Kaʽū CDP, rather it is designated 'Important Agricultural Lands' in the Regional Land Use Policy Map. The closest town, Pāhala, is located approximately 5.6 miles away from the subject property.
"The Kaʽū CDP steering committee established community objectives based on the community's values and vision, as summarized in Section 1.5.1, Community Objectives. Objective 2 addressed sustainable settlement patterns on agricultural lands: "Preserve prime and other viable agricultural lands and preserve and enhance viewscapes that exemplify Ka'ū's rural character."
The planning document also points Kaʽū CDP's Objective 10, which addresses building a resilient local economy and advises decision makers to: "Encourage and enhance agriculture, ranching, and related economic infrastructure."
The document notes that "land use policies were created by the Kaʽū CDP, to implement community objectives." It says the CDP addresses policy controls to limit non-agricultural developments on land designated as Important Agricultural Lands, which includes the property where the satellite dish array was planned.
The county planners write, "To reinforce existing protections, the official Ka'ū CDP Land Use Policy Map designates agricultural lands in Ka'ū as areas to be preserved for agricultural and open space. Development and construction in 'Important Agricultural Land' and 'Extensive Agriculture' areas shall be limited to agriculture, related economic infrastructure and cottage industries, renewable energy, open area recreational uses, and community facilities unless otherwise permitted by law."
The document also states: "As the subject property is designated within the 'Important Agricultural Lands' Land Use Policy Map category and the proposed use does not fall within any of the agriculture, related economic infrastructure and cottage industries, renewable energy, open area recreational uses, and community facilities uses identified by the CDP policies, the proposed Special Permit is clearly not consistent with the Kaʽū CDP."
It concludes that the satellite dish array would "adversely affect the surrounding properties. The subject 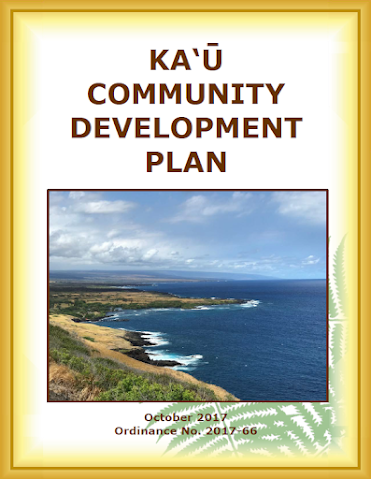 property is in the Wood Valley Homestead Lots located roughly 4.5 miles north of Pāhala. Most of the surrounding area is zoned Agriculture 20-acres (A-20a), with agricultural land uses and farm dwellings. A large area zoned Forest Reserve (FR) is located to the north and two parcels to the southeast are zoned Agriculture 5-acre (A-5a) and Agriculture 10-acre (A-10a). The nearest dwelling is located approximately 380 feet from the project site to the west across Center Road on TMK: 9-6-008:009."
The document notes that the Planning Department has received testimony in opposition to the special permit from surrounding property owners "that raise concerns about allowing the proposed project on land that is designated Prime Agricultural Land, in addition to concerns about safety, the potential to attract visitors and vandalism, long term health effects, and the experimental nature of the satellite installation."
It also says the Planning Department received petitions for contested case hearings, from surrounding property owners. "Based on the preceding considerations, the Deputy Planning Director is recommending that the Planning Commission deny this application for the temporary operation of an array of satellite dishes to conduct research on Fast Radio Bursts (FRBs) on an approximately 0.5-acre portion of a larger 21.80-acre property in the State Land Use Agricultural District."
The document notes that the recommendation was made before the public hearing and that the Planning Department could change its recommendation to deny following further input. The Planning Department's recommendation is made to the Planning Commission which approves or disapproves these types of Special Permits.
Even with the permit withdrawn and public hearing cancelled, opponents said they will submit testimony for the record, in case the permit is reconsidered in the future.
To read comments, add your own, and like this story, see www.facebook.com/kaucalendar/. See latest print edition at. www.kaucalendar.com. See upcoming events at https://kaunewsbriefs.blogspot.com/2022/04/upcoming-events-for-kau-and-volcano.html.
MAY THE 4TH BE WITH YOU COMMUNITY MEETING, Wednesday, May 4 from 6 - 7 p.m. The Volcano Art Center would like your input regarding new programs. Please come and share your ideas with the community at Volcano Art Center Niaulani Campus.

LEI LAʻI WORKSHOP at Kahuku Visitor Contact Station on Friday, May 5 at 9:30 a.m. Learn to wili (twist) a ti leaf lei. Materials provided. This workshop is part of ʻIke Hana Noʻeau (a Hawaiian skills program) on the first Friday of every month. 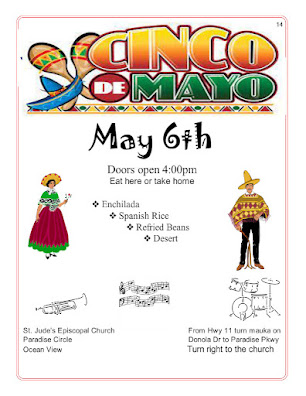 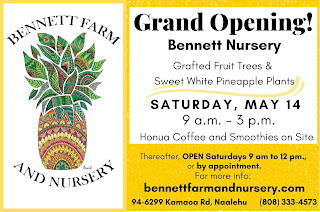 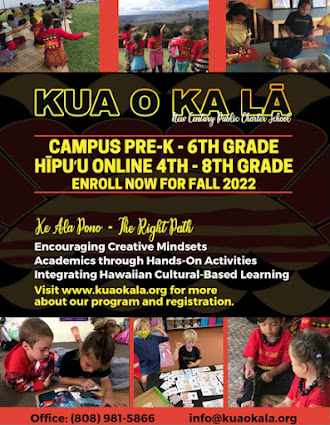 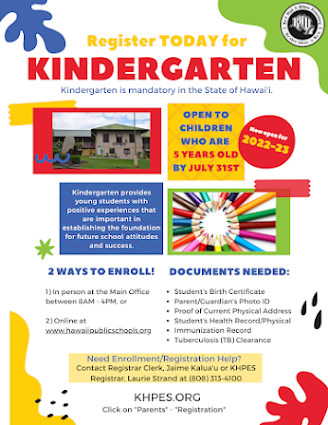