RODEO IS BACK IN KA'U THIS WEEKEND, after years of being out to pasture during the covid pandemic. The Ka'u Roping & Riding Association event at Na'alehu Rodeo Grounds drew a good crowd of paniolo and onlookers on Saturday. It's on again on Sunday with slack roping starting at 8 a.m. and the competitive roping, racing and other traditional events beginning at noon. On Saturday, the Rodeo Queen was named. She is Lily Dacalio, of Wood Valley and she reigns over the event with runnerup Zira

THE ASSASSINATION OF SHINZO ABE, who was the longest serving Prime Minister in Japan's history, has drawn a statement from Kaʻū's representative in the U.S. Senate, Mazie Hirono. She responded to the shooting of Abe who was giving a speech for Liberal Democratic Party candidates when he was killed on Wednesday in Japan. Hirono, an immigrant born in Japan and first Asian and Japanese American woman to serve in the United States Senate, said:
"I am shocked and deeply saddened by the assassination of former Japanese Prime Minister Shinzo Abe. Prime Minister Abe was a transformational figure in Japan who dedicated his life in service of his country. A friend to the United States, Prime Minister Abe fought for the Japanese people and strengthened the relationship between our two countries.
"I've had the privilege of meeting Prime Minister Abe a number of times, including during a State dinner at the White House in 2015, as well as during official trips to Japan in 2013 and 2017. During our most recent meeting, we discussed a number of topics, including the importance of the trilateral alliance of the United States, Japan and South Korea. 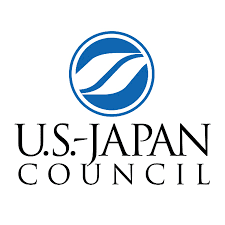 "This senseless murder was a barbaric act—and one that I condemn in the strongest terms possible.
"I spoke with Ambassador Tomita this morning to express my deepest condolences to Prime Minister Abe's family and to the people of Japan. As an immigrant born in Japan, I join President Biden and stand with the Japanese people during this time. We will honor Prime Minister Abe's legacy by continuing to work to strengthen our relationship with Japan, which is a critical ally in protecting the security of the Indo-Pacific region and plays a vital role in Hawaiʻi's economy and culture."
As a champion of U.S.-Japan relations in Congress, Hirono met with Abe several times, most recently on a Congressional Delegation trip to Japan in 2017. In 2016, she joined Abe and President Barack Obama for a wreath laying at Pearl Harbor to commemorate the 75th anniversary of the attack on Pearl Harbor. In 2015, Senator Hirono served on the Escort Committee and accompanied him for Abe's address to a joint session of Congress. In 2013, she met with Abe during a Congresional Delegation to Japan and several other Asia-Pacific nations.
In November 2021, Hirono was honored by the Japanese government with the Order of the Rising Sun, Gold and Silver Star, in recognition of her work to strengthen bilateral relations and promoting legislative exchanges between Japan and the United States.
U.S. and state of Hawaiʻi flags have been lowered to honor Abe's life.
To read comments, add your own, and like this story, see www.facebook.com/kaucalendar. See latest print edition at www.kaucalendar.com. See upcoming events at https://kaunewsbriefs.blogspot.com/2022/04/upcoming-events-for-kau-and-volcano.htm
A FIREWORK THROWN INTO HEAVY BRUSH CAUSED THE DISCOVERY HARBOUR FIRE ON WEDNESDAY. That is the likelihood reported by police who arrested a juvenile male from Discovery Harbour in connection with the fire that burned 10 acres and came within 100 feet of a home on Lewalani Street. The fire burned on one side of Wakea Avenue near Kawiki Street. Police found a burnt firework on the site of the fire.
According to a statement from Hawaiʻi Police Department, a parent of the juvenile took him to Kaʻū police station on Thursday afternoon where he was charged with arson in the fourth degree. The case will be taken up by Family Court. The fire created heavy smoke but no injuries.
Anyone with information regarding this incident can contact Detective Donovan Kohara at (808) 326-4646 Ext. 267 or email donovan.kohara@hawaiicounty.gov. Also contact the police non-emergency number at (808) 935-3311.To remain anonymous contact Crime Stoppers at (808) 961-8300. Crime Stoppers does not record calls or subscribe to caller ID.
To read comments, add your own, and like this story, see www.facebook.com/kaucalendar. See latest print edition at www.kaucalendar.com. See upcoming events at https://kaunewsbriefs.blogspot.com/2022/04/upcoming-events-for-kau-and-volcano.htm
THE RODEO IS BACK THIS WEEKEND at Nāʻālehu Rodeo Grounds. The Saturday and Sunday event sponsored by Kaʻū Roping & Riding features slack roping at 8 a.m. with the show starting at noon. It features competition for keiki to kupuna. Tickets are $10 per day at the gate.
Posted by The Ka`u Calendar at 12:45 AM