REALIGNMENT OF COUNTY COUNCIL DISTRICTS was set in late December. The county posted the final new detailed District 6 map that includes Kaʻū on Jan. 7, as it preps for the 2022 elections, with the primary on Aug. 16 and the General Election on Nov. 8. See the detailed map at https://records.hawaiicounty.gov/weblink/1/doc/113853/Page1.aspx
New District 6 runs from just north of Kealakekua, including the Hokuli'a Resort, and across the southern end of the island through all of Kaʻū, ending just east of Mauna Loa Estates near Volcano. The County Reapportionment Commission representative for Kaʻū was 'Aina Akamu.
Hawai'i is different than most other states because it assigns the duty of ensuring fair voting districts to panels of private citizens. In most other states, elected officials are given the task to adjust the maps as populations grow, decline and shift. The aim of giving the task to citizens not holding office is to decrease the threat of gerrymandering and other ways to benefit particular politicians and political parties.
Akamu said the commission did "a pretty good job." He explained that some folks in the Volcano area wanted to be included with Hilo and there was discussion on how much of non-rural Kona to include in District VI. One area that is included in the same district as Kaʻū is the Konohiki Resort along the coastal bypass road to Kona.
Akamu explained that when attempting to make the populations equal in each district, there is an allowance for up to ten percent deviation in order to reach such goals as keeping communities of interest together and refraining from diluting the voices of like people. Ideal would be 22,211 citizens for each County Council District, he said. The end result of the latest reapportionment gave Kaʻū more representation than most other districts. Its population deviation is minus 4.39 percent.
The next reapportionment, unless citizens sue for changes, will be in ten years, after the next census.
To read comments, add your own, and like this story, see www.facebook.com/kaucalendar/. See latest print edition at www.kaucalendar.com.
THE COUNTY'S MILOLI'I TRANSFER STATION, at the base of Miloli'i Road below Hwy 11, will be open for its last day on Saturday, Jan. 22. There will be new hours at Ocean View and Waiea Transfer Stations to accommodate the public's need to dispose of trash and recyclables. The reason for the closure, according to County of Hawai'i, is that Hawai‘i State law now prohibits waste or disposal facilities, including transfer stations, from being located and operating in a conservation district. 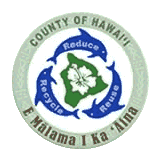 This new law and the expiration of the Department of Health Permit to operate the transfer station requires the permanent closure of the Miloli‘i Transfer Station, said a statement from the county.
The county Department of Environmental Management has modified the days of operations at Ocean View Transfer Station to allow the South Kona and Kaʻū communities more variety in days available for service.
Ocean View Transfer Station at 92-9017 Māmalahoa Hwy will be open Tuesday, Friday, Sunday from 6 a.m. to 6 p.m.
Waiea Transfer Station at 86-3895 Hawai‘i Belt Road will be open Monday, Thursday, Saturday from  6 a.m. to 6 p.m.
To read comments, add your own, and like this story, see www.facebook.com/kaucalendar/. See latest print edition at www.kaucalendar.com.
THE PUBLIC CAN GIVE INPUT ON WHETHER TO DESIGNATE NORTHERN HAWAIIAN ISLANDS A NATIONAL MARINE SANCTUARY. The area is comprised of the marine portions of Papahānaumokuākea, already a National Marine Monument. NOAA is accepting public comment through Jan. 31. The Marine Sanctuary designation process is being conducted in cooperation with U.S. Fish & Wildlife Service, state of Hawaiʻi and Office of Hawaiian Affairs.
Other National Marine Sanctuaries include American Samoa, the Olympic Coast, Florida Keys, Monterey Bay, Lake Ontario, and the Wisconsin Shipwreck Coast.
For more information on the proposed Papahānaumokuākea sanctuary designation and how to comment, see the Federal Register notice. The State of Hawaiʻi is also initiating a public comment process.       The public is asked to comment on the range of issues to be considered for the designation of the national marine sanctuary, including potential boundaries; impacts on historic properties; resources that would be protected by a sanctuary; and the potential socioeconomic, cultural, and biological impacts of sanctuary designation. The information the agency receives during the comment period will be used to develop draft designation documents including a draft sanctuary management plan, proposed sanctuary regulations, and terms of designation.
NOAA’s Office of National Marine Sanctuaries initiated consideration of designating marine portions of Papahānaumokuākea Marine National Monument as a national marine sanctuary under the National Marine Sanctuaries Act.
The area has a long history of being considered for national marine sanctuary designation, starting with an executive order in 2000 by President William J. Clinton. President George W. Bush designated the monument in 2006 based in part on the sanctuary designation process that was already underway. In 2016, President Barack H. Obama followed the original monument designation with a Presidential Proclamation to expand the monument to its current boundaries. In December 2020, Congress directed NOAA to initiate the sanctuary designation process, which does not change the status of the monument.
According to a statement from NOAA, "National marine sanctuary designation would add the conservation benefits to the marine areas of Papahānaumokuākea Marine National Monument by providing a stable regulatory framework and additional protections to safeguard living, cultural, and maritime heritage resources. The co-management structure that is a hallmark of the monument will continue. NOAA's Office of National Marine Sanctuaries has been a key partner and co-managing agency in the management of Papahānaumokuākea since the initial designation of the Northwestern Hawaiian Islands Coral Reef Ecosystem Reserve in 2000."
Comment through the Federal eRulemaking Portal, www.regulations.gov. The docket number is NOAA-NOS-2021-0114. Comments may also be mailed if postmarked by Jan. 31 Comments should be addressed to: PMNM-Sanctuary Designation, NOAA/ONMS, 1845 Wasp Blvd., Bldg 176, Honolulu, HI 96818.
To read comments, add your own, and like this story, see www.facebook.com/kaucalendar/. See latest print edition at www.kaucalendar.com.
A MARINE POLICY FELLOWSHIP IS AVAILABLE to work in Washington, D.C. University of Guam and University of Hawai'i Sea Grant Programs are urging Pacific based students to apply for the year-long program. Applications are being accepted for the 2023 fellowship and are due to Hawai'i Sea Grant by Friday, Feb. 18.  Sixty-six fellowships were provided for 2022. 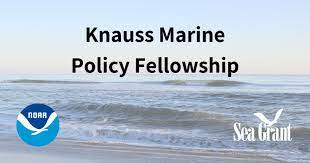 A statement from the sponsors says, "The John A. Knauss Marine Policy Fellowship provides a unique educational experience to graduate students who have an interest in ocean, coastal, and Great Lakes resources and in the national policy decisions affecting those resources. The program, which is sponsored by the National Oceanic and Atmospheric Administration's (NOAA) National Sea Grant Office, matches highly qualified graduate students with "hosts" in the legislative and executive branches of government located in the Washington, D.C. area, for a one-year paid fellowship.
To read comments, add your own, and like this story, see www.facebook.com/kaucalendar/. See latest print edition at www.kaucalendar.com. 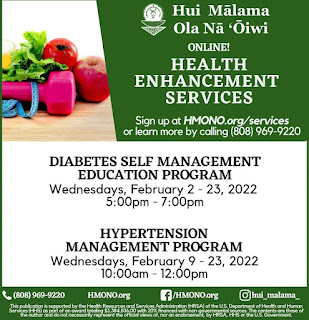 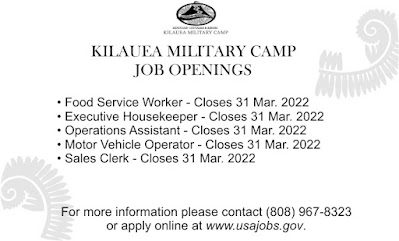 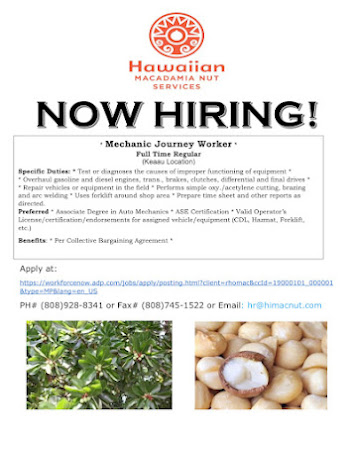 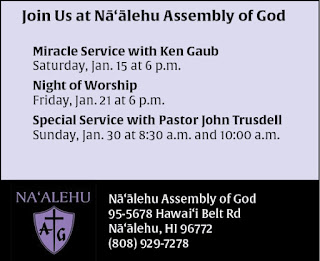 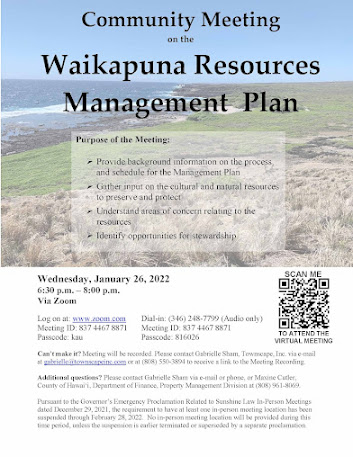 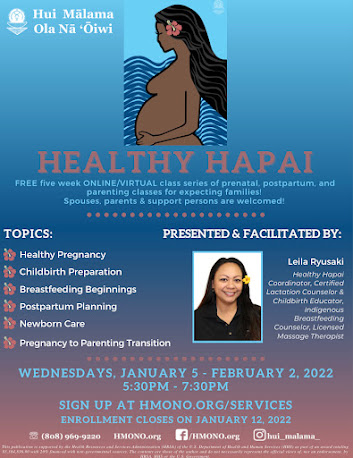