CONFIRMATION OF THE FIRST BLACK WOMAN TO SERVE ON THE U.S. SUPREME COURT  drew praise from both Hawai'i Senators, Mazie Hirono and Brian Schatz. Hirono a member of the Senate Judiciary Committee, took part in the hearings and voted along with Schatz to confirm her. Jackson was confirmed by a vote of 53-47, with Republican Senators from Alaska, Maine and Utah joining the Democrats.
Hirono said, "Today is a historic day. For the first time in our country's history, an exceptionally qualified Black woman will serve on the Supreme Court—and the Court's decisions will be better as a result. Judge Jackson is a brilliant legal mind without an ideological axe to grind, and it is no surprise that she has received broad support across the political spectrum and across the country. Throughout the hearings, Judge Jackson displayed the intellect, integrity, and temperament necessary in a Supreme Court Justice.
"Judge Jackson being on the Supreme Court will send such a powerful message of perseverance to everyone in this country, but in particular, to Black women and girls. She will make an exceptional Justice and I was honored to vote to confirm her to the Highest Court."
On Wednesday, Hirono delivered remarks on the Senate floor in support of the nomination of Jackson. A link to download video of that speech is available here at https://www.hirono.senate.gov/news/press-releases/video-senator-hirono-lauds-judge-ketanji-brown-jacksons-historic-nomination-to-the-supreme-court-in-senate-floor-speech.     Schatz said, “Judge Jackson has the legal expertise, record of fairness, and extensive experience – both professional and personal – that will make her an excellent addition to the Supreme Court. Throughout her years of public service, she has demonstrated a dedication to the Constitution, including a strong commitment to equal justice under the law. It’s a record that’s earned her praise and respect from legal experts across the country and my support.
“As the first Black woman on the Supreme Court, Judge Jackson has made history and will help the Court better reflect the diversity of our country. I’m proud to have voted for her confirmation.”
To read comments, add your own, and like this story, see www.facebook.com/kaucalendar/. See latest print edition at www.kaucalendar.com. See upcoming events at https://kaunewsbriefs.blogspot.com/2022/03/upcoming-events-for-kau-and-volcano.
VIBRANT HAWAI'I ANNOUNCED MICRO-INVESTMENTS IN LOCAL ENTERPRISE on Thursday. A statement from the non-profit says: "Throughout 2021, the Vibrant Hawaiʻi Economy Stream engaged stakeholders across sectors and regions to learn about six industries that our community identified as conducive to the island – art, education, food systems, health, tourism, and technology. The Vibrant Hawaiʻi Economic Development Strategy is a living document that anyone can act on and we will hold ourselves accountable to. It was developed consistent with Economic Development Administration standards, and includes Action Plans organized according to asset-based community development. We believe there is opportunity for everyone to get involved and create conditions where more people have more chances and choices.
"In February, Vibrant Hawaiʻi launched a micro-investment program to provide Economy Stream Core Teams with financial capital to pilot ideas or scale up concepts identified in the Economic Development Strategy. Micro-investments are intended to support quick action to demonstrate feasibility of solutions and are available in amounts up to $2,500. In reciprocity for the investment, awardees have committed to supporting and sharing their learning journey with one another through Unrulr, an online collaboration tool, and helping co-create and inform the design of future micro-investment opportunities."
Applications were received from community groups and entrepreneurs island-wide and reviewed by a committee of Vibrant Hawaiʻi volunteer board members.
Micro-Investment Awardees are in the following:
Creative and Performing Arts: Hawaiʻi's Volcano Circus, Oahi Entertainment Wedding and Events, PPAC Community Center.
Education: ʻĀina University of Puna, Kalamapiʻi PLAY School, Kohala Okinawa Children's Day Camp, Kukulu Kaiāulu, Māmaki Ola Curriculum Development and Implementation, Project Hale Kohala, Volcano Precious Plastic.
Health and Wellbeing: North Kohala Archery, Root & Rise "Nature & Art as Therapy."
Regenerative and Community Driven Tourism: Hawaiʻi Forest Farms Tours & Education, Kohala Kūpaʻa Online Marketplace, WaiʻUli: We Count. 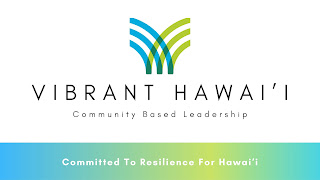 Resilient and Sustainable Food Systems: Nāʻālehu Resilience Hub Insecurity and Workforce Development, Orchard Garden Project at Becca's Farm, Sugar Hill Farmstore, The Honeybee Education Program, Youngs Family Farm.
Software, Technology, and Creative Media: Startup Hawaiʻi, The Future of Remote Work in Higher Education on Hawaiʻi Island, The Hawaiiverse Initiative.
A second cycle will open in May, with awards announced in mid-June.
Vibrant Hawaiʻi says its mission is "to empower the Hawaiʻi community by increasing equitable opportunities, shifting deficit narratives and systems, and implementing strategies that are developed and resourced by the community and reflect native intelligence."

To read comments, add your own, and like this story, see www.facebook.com/kaucalendar/. See latest print edition at www.kaucalendar.com. See upcoming events at https://kaunewsbriefs.blogspot.com/2022/03/upcoming-events-for-kau-and-volcano.

AN ECOSYSTEM MONITORING INTERNSHIP is available for students. Forest Solutions is collaborating with Kamehameha Schools to offer a full-time paid internship on Hawai'i Island for high school or college students to participate in a vegetation monitoring program this summer. Refer to the position description for more information and to apply at https://kohalacenter.us5.list-manage.com/track/click?u=54bdd67c601f0c0d3ea430053&id=4868a8210c&e=0e3fe20c1f.

THE KOHALA CENTER IS HIRING A RURAL ECONOMIC DEVELOPMENT SPECIALIST, who will be responsible for supporting economic development in Hawai'i's rural areas in ways that strengthen the ecological, cultural, economic, and social well-being of the whole community. This includes indigenous economic frameworks "that recognize our communities not only comprise people, but also environmental kin, valuing outcomes of reciprocity and collective abundance." Visit The Kohala Center's  Career Portal at https://kohalacenter.us5.list-manage.com/track/click?u=54bdd67c601f0c0d3ea430053&id=579fd5d144&e=0e3fe20c1f to review the full position description and to apply. 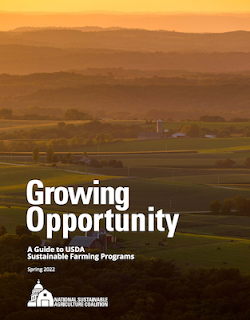 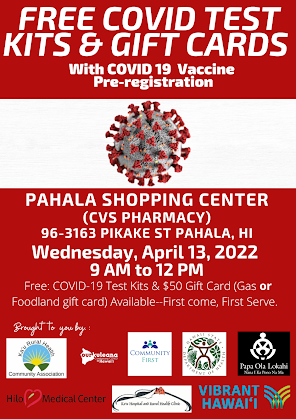 at http://kaunewsbriefs.blogspot.com/2022/04/upcoming-events-for-kau-and-volcano.html
Posted by The Ka`u Calendar at 9:15 PM