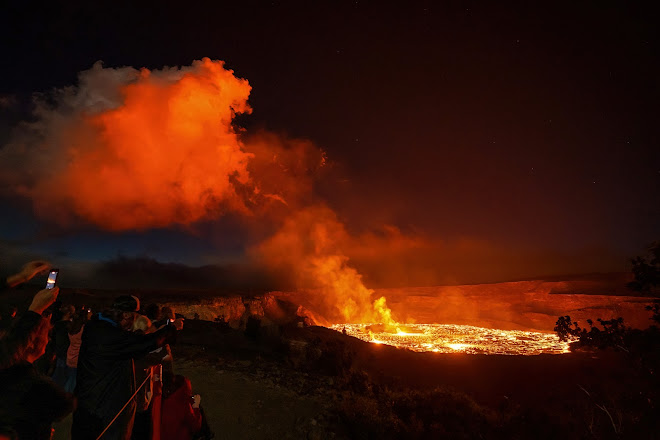 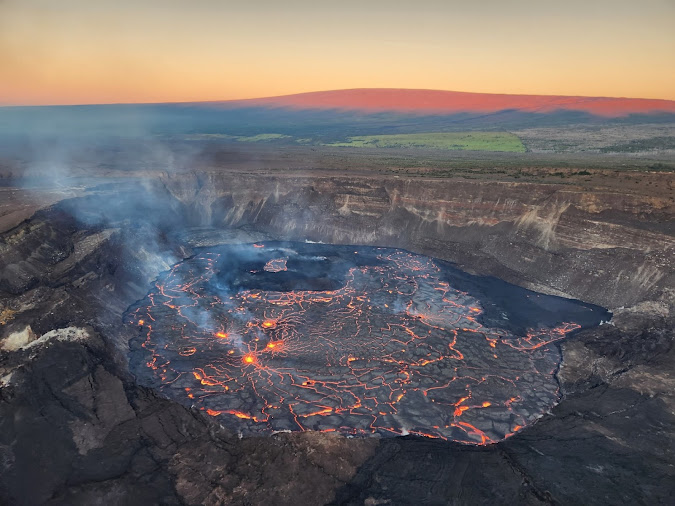 TWO NA'ALEHU AND OCEAN VIEW RESIDENTS have been indicted for a murder dating back more than 13 years. Hawai'i County Prosecuting Attorney Kelden Waltjen announced on Friday that Patricia Hanoa Wong, 60, of Na'alehu and Peter Fuerte, 55, of Ocean View, have been charged in the murder of Kaycee Maile Smith. The victim, also known as "Bug," was a rodeo star and former student at Kamehameha Schools in Kapalama. She was 21 at the time of her death by a single gunshot to her head at her home in Orchidland. Wong is indicted for second-degree murder, conspiracy to commit second-degree murder, attempted second-degree murder and two counts of criminal solicitation. Fuerte is indicted as an
accomplice to murder and attempted murder. On Dec. 28, a grand jury in Hilo handed down the indictment with her bail set at $250,000.
Wong is to be arraigned on Monday. She was initially indicted in 2016 for the same crime on a single count of second-degree murder and extradited from Las Vegas to Hawa'i, the trial pending for the last six years.

Fuertes' court date is pending, with his bail set at $50,000. According to police Smith's father, Noel "Bear" Smith, likely killed Jeremy Napoleon on June 19, 2007 and turned up dead hours later when his car ran off the road. Police and prosecutors suspect revenge and money involved in these slayings, as well as
the slaying of Kaycee Smith.
The investigation was handled by Captain Rio Amon-Wilkins and Detective Derek Morimoto, Area I Criminal Investigation Section, Hawai‘i Police Department. The case is being prosecuted by Deputy Prosecuting Attorney Annaliese Wolf.
Waltjen noted that "The charges are merely allegations, and the Defendants are presumed innocent unless and until proven guilty. The Office of the Prosecuting Attorney remains dedicated to the pursuit of justice with integrity and commitment. Anyone having information to assist local law enforcement should call Crime Stoppers at (808) 961-8300."

To read comments, add your own, and like this story, see facebook.com/kaucalendar. See latest print edition at kaucalendar.com, in the mail and on stands. 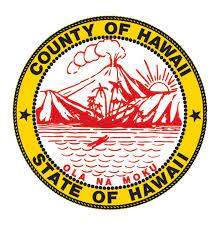 events will be held simultaneously at 9 a.m. at the Waiākea High School Ken Yamase Stadium and Konawaena High School Oval Track. All meets will consist of field and running events for youth 6-14 years old.
Pre-registration by Jan. 20 is required. For a complete list of age group events and the registration packet, visit https://records.hawaiicounty.gov/weblink/DocView.aspx?dbid=1&id=120056. Please call Darrell Yamamoto at (808) 961-8735.
In East Hawai'i, T-Ball and Coach Pitch baseball leagues will begin in February. An organizational meeting will be held for coaches and team representatives at Edith Kanaka'ole Tennis Stadium in Hilo on January 10 at 5:00 p.m. This meeting is mandatory for all teams interested in participating in the upcoming league. The Co-ed Age Group T-Ball division will accommodate participants 5-6 years old. The Coach Pitch division will accommodate participants 7-8 years old. The age cut-off date is May 1. For more information, call Darrell Yamamoto at (808) 961-8735.

St. Jude's Hot Meals are free to those in need on Saturdays from 9 a.m. until food runs out, no later than noon. Volunteers from the community are welcome to help and can contact Karen at pooch53@gmail.com. Location is 96-8606 Paradise Circle Drive in Ocean View.  Those in need can also take hot showers from 9 a.m. to noon and use the computer lab from 9:30 a.m. to 1 p.m. Masks and social distancing required. 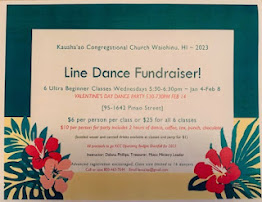 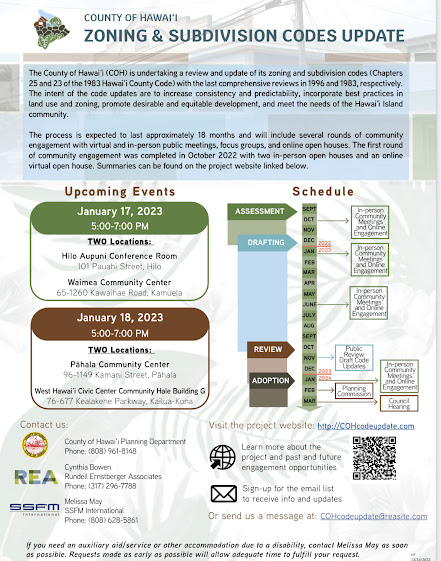 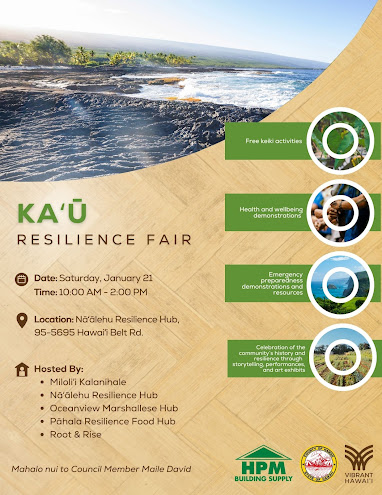