KA'Ū AND KONA COFFEE FARMING was featured on Hawai'i Public Radio's The Conversation this week. Interviewed was Suzanne Shriner, who has worked with Kaʻū Coffee farmers over the years.
She said that some Hawai'i Island coffee farmers are bracing for what could be one of their worst years for production, which will likely elevate prices for drinkers of local coffee as well. She said some farmers are reporting a 30 percent to 40 percent reduction in yields, pointing to coffee leaf rust, coffee berry borer, heat and drought.
Shriner is a board member of Hawai'i Coffee Association and president of the Kona Coffee Growers Association, known for her work with Synergistic Hawai'i Agriculture Council. She told HPR, “We've seen that in Kona and Kāʻu in particular, it's been a very dry year. We didn't get our usual summer afternoon rains, which has brought the harvest in a little bit early because it's been hotter than usual. We're struggling a bit with it on all ends. The harvest started in July and will continue through roughly December. July is early. In a normal year, we'd start harvesting in late August or early September, but nothing is normal anymore with the weather patterns. Everything is moving around on us. It's been a problem." 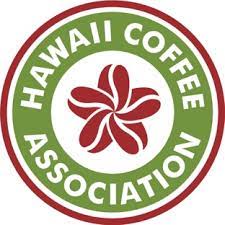 Regarding the price increase, she said, "We'll try and come out equal at the end of the year. But some farmers are reporting yields off 40 percent over their regular crop, for example. And we can't raise our prices 40 percent to match that. But we will raise our prices to try and get a little bit closer to even, which is helpful for us — but not so great for the consumer."
Shriner said Kona Coffee farmers "had a particularly tough time last year with coffee leaf rust, which defoliated a number of our trees, which reduced yields again. So our trees are having a tough year overall," she said. "We jokingly like to call it 'farmageddon' because it always seems like something new is hitting farmers."  See the entire interview at https://www.hawaiipublicradio.org/podcast/the-conversation/2022-09-13/the-conversation-kona-coffee-crop-lawsuit-update-photographers-go-monochrome-for-new-exhibit
To read comments, add your own, and like this story, see www.facebook.com/kaucalendar. See latest print edition at wwwkaucalendar.com. See upcoming events at https://kaunewsbriefs.blogspot.com/2022/04/upcoming-events-for-kau-and-volcano.html.
KA'Ū'S CONGRESSMAN KAI KAHELE is continuing his Hawai'i Not For Sale campaign beyond his effort to become Governor of Hawai'i and beyond the upcoming end of his term in the U.S. House of Representatives. After falling short of winning the gubernatorial Democratic Primary against Vicky Cayetano and the winner Josh Green on Aug. 13, Kahele said he and his family reflected on Hawai'i's future, and suggest that those who share their views take a look at www.hawaiinotforsale.com.
Kahele and his wife Maria also produced a YouTube video thanking those who supported their "unprecedented grassroots campaign and led the charge on critical discussions about campaign finance, including the campaign finance of other candidates." Kahele said, "Our model Hawai'i is Not for Sale grew into a movement which was embraced by other candidates and will serve as a model for others in the future who who stand with our communities first."
Kahele thanked more than 3,000 individual donors to his gubernatorial campaign, "who helped us raise over $215,000 in less than 98 days, with an average contribution of just $63.95. Our campaign pledge to not accept more than a $100 monetary donation, to not have a single fundraiser, and to reject PAC, corporate and special interest money is something no other candidate for governor has ever attempted to do. Our opponents spent a combined over $6 million on their campaigns, an obscene amount of money when so many local families are struggling to get by."
Kahele said that "Regardless of the result, we are extremely proud of the people powered, grassroots campaign we ran." He thanked those who posted the campaign signs, banners and bumper stickers, which he pointed out, were printed in the U.S. at a union shop.
Kahele thanked three unions who endorsed him, Ironworkers Local 625, Masons Local 630, and United Public Workers Union Local 646. He also thanked those union members who broke rank with unions who did not endorse Kahele in order to vote for Kahele for governor.
Kahele thanked the "37,738 voters who stood for change, who believed in a movement, who believed that Hawai'i should not be for sale, who truly believe in ethics and campaign finance reform and not just rhetoric, who believe this election was not just about covid and name recognition, but about the myriad of issues facing this state over the next decade... I still truly believe that changing campaign and election finance is the reform that will make all other reforms in government possible.... So long as money is the main driver in our politics, we will never make the necessary changes to help our working communities.
He contended that this year's gubernatorial election is different than the past, with "the incredible amount of mainland funding our gubernatorial campaigns. The same money driving up housing prices, buying up our land and pushing out local families, is the same money the Democratic nominee for governor has used and is using to fund his campaign. I will never accept this as being good for Hawai'i or for our people. And if we don't change the system that allows this to happen, the Hawai'i we know will start to look dramatically different in the years to come."
Maria Kahele said, "At some point in the future, when Hawai'i truly wants change, we are going to have to measure candidates by the size of their hearts and their commitment to this place, not by the size of their campaign war chests."
"We must be critical of media institution that is beholden to advertising dollars and pressure from big money candidates and their political operatives. We are going to have to start caring about where candidates get their money from and do our own homework on issues and voting records. We can do this, but it will take courage. It will take bold candidates and it will take an electorate who is ready to demand change and hold our elected officials and candidates accountable."
Kai Kahele thanked Gov. David Ige for appointing him to the state Senate, "what would lead me to serve in the United States Congress."  Regarding his loss in the gubernatorial primary, Kahele said he respects the democratic process and quoted his father, the late state Senator Gill Kahele: "It is better to lose the right way than win the wrong way."
See the video at https://www.youtube.com/watch?v=_G-KOS7CL-w
Kahele finishes his term in Congress this year, having chosen to run for governor instead of reelection.
To read comments, add your own, and like this story, see www.facebook.com/kaucalendar. See latest print edition at wwwkaucalendar.com. See upcoming events at https://kaunewsbriefs.blogspot.com/2022/04/upcoming-events-for-kau-and-volcano.html.