BIG ON A GLOBAL SCALE WAS THE 2018 KILAUEA VOLCANO ERUPTION. That is the subject of this week's Volcano Watch, written by U.S. Geological Survey Hawaiian Volcano Observatory scientists and affiliates:
The 2018 eruption of Kīlauea volcano had devastating effects on the lower Puna district, destroying hundreds of homes, burying subdivisions, and permanently affecting the lives of thousands of residents. The voluminous lava flow had a major impact on the Island of Hawaiʻi, but how does it compare to other lava flow eruptions on Earth in recent history?
Let’s start with what we know about the size of the 2018 eruption. Recent measurements by U.S. Geological Survey researcher Hannah Dietterich and collaborators using digital elevation models and unoccupied aircraft systems have produced an estimate of the volume of the 2018 lava flow. The high-end estimate is 1.4 cubic kilometers (or about 0.34 cubic miles). The estimate has a range because it is difficult to measure the volume of the lava that poured into the ocean.
To get a sense of how voluminous the 2018 lava is, imagine a giant cube of lava sitting on the ground that is 0.7 miles tall—or about three times as tall as the Empire State Building. For Island of Hawaiʻi residents, this is about 27 times as tall as Bayshore Towers in Hilo. It turns out, there are only a handful of lava flow eruptions worldwide in the past few hundred years that have produced more than a cubic kilometer (0.24 cubic miles) of lava.
The largest in Hawaiʻi in recent centuries was the Puʻuʻōʻō eruption, which produced 4.4 cubic kilometers (1.1 cubic miles) of lava. However, that eruption lasted 35 years compared to the 4 months of the 2018 LERZ eruption. The Puʻuʻōʻō eruption destroyed 215 structures, compared to over 700 destroyed in the 2018 eruption.
Other large volume lava flows occurred in Russia and Iceland. The Tolbachik eruption of 1975–76, in
Kamchatka, Russia, lasted a year and a half and produced about 2 cubic kilometers (0.48 cubic miles) of lava. In 2014–15, the six-month-long eruption of Bárðarbunga in Iceland produced the Holuhraun lava flow, about 1.4 cubic kilometers (0.34 cubic miles) in volume.
In both the Tolbachik and Bárðarbunga eruptions, the lava flows issued from the flanks of the volcano and triggered subsidence at the summit as the magma chamber drained, similar to what happened in 2018 at Kīlauea. The Tolbachik and Bárðarbunga eruptions occurred in remote areas, with no significant destruction of populated areas.
An eruption in the Canary Islands, Spain, made the list as well. The Lanzarote eruption of 1730–1736 produced 2 cubic kilometers (0.48 cubic miles) of lava and destroyed numerous villages on the flank of the volcano.
The recent eruption of Cumbre Vieja, on La Palma in the Canary Islands, in 2021 was impressive in vigor but we could not yet find published volume estimates for the lava flow. Regardless of the flow volume, the destruction was immense, with about 3,000 buildings destroyed.
Another large eruption happened at Paricutin volcano, in Mexico, in 1943, when a fissure opened in a cornfield and continued erupting for 9 years, producing a lava flow with a volume of 1.6 cubic kilometers (0.38 cubic miles).
None of these eruptions, however, come close to the size and impact of the Laki eruption in Iceland in 1783. Over eight months about 14.7 cubic kilometers (3.5 cubic miles) of lava covered the landscape, destroying several dozen villages. The volcanic gases poisoned livestock and destroyed crops, leading to a major famine in Iceland that killed thousands. It also affected weather in Europe. Ben Franklin, the U.S. ambassador living in France at the time, remarked on how the strange fog that summer may have come from the Iceland volcano.
That giant cube of lava from Laki would be 1.5 miles (2.4 kilometers) tall.
There may be other lava flows greater than one cubic kilometer that we’ve missed in our quick compilation here, but the fact remains these are very rare events. We can see that the 2018 Kīlauea lava flow was among the top lava flow eruptions on Earth in recent centuries. The eruption was not only remarkable in scale for Hawaiʻi, but also worldwide.
What are the takeaways from a compilation like this? Like earthquakes, most lava flows are small, and only a tiny fraction are massive like the ones mentioned here. But even though these large lava flows are rare events, when they occur in populated areas, the impacts can be devastating and long lasting.

Volcano Activity Updates: Kīlauea volcano is erupting. Its USGS Volcano Alert level is at WATCH (https://www.usgs.gov/natural-hazards/volcano-hazards/about-alert-levels). Kīlauea updates are issued daily.
Over the past week, lava has continued to erupt from the western vent within Halemaʻumaʻu crater. All lava is confined within Halemaʻumaʻu crater in Hawai‘i Volcanoes National Park. Sulfur dioxide emission rates remain elevated and were last measured at approximately 1,400 tonnes per day (t/d) on March 23, 2022. Seismicity is elevated but stable, with few earthquakes and ongoing volcanic tremor. Summit tiltmeters show relatively little ground deformation over the past week. For more information on the current eruption of Kīlauea, see https://www.usgs.gov/volcanoes/kilauea/recent-eruption.
Mauna Loa is not erupting and remains at Volcano Alert Level ADVISORY. This alert level does not mean that an eruption is imminent or that progression to an eruption from the current level of unrest is certain. Mauna Loa updates are issued weekly.
This past week, about 65 small-magnitude earthquakes were recorded below the summit and upper elevation flanks of Mauna Loa—the majority of these occurred at shallow depths less than 15 kilometers (9 miles) below sea level. Global Positioning System (GPS) measurements show low rates of ground deformation over the past week. Gas concentrations and fumarole temperatures at both the summit and at Sulphur Cone on the Southwest Rift Zone have remained stable over the past week. Webcams show no changes to the landscape. For more information on current monitoring of Mauna Loa, see: https://www.usgs.gov/volcanoes/mauna-loa/monitoring.
To read comments, add your own, and like this story, see www.facebook.com/kaucalendar/.See latest print edition at www.kaucalendar.com. See upcoming events at https://kaunewsbriefs.blogspot.com/2022/03/upcoming-events-for-kau-and-volcano
DECRIMINALIZATION OF MARIJUANA received two thumbs up votes from Hawai'i Congressmen Kai Kaehele and Ed Case this week. A statement from Kahele;s office said,  "U.S. Rep. Kaialiʻi Kahele voted for historic criminal justice reform legislation to advance racial and economic justice. The Marijuana Opportunity Reinvestment and Expungement (MORE) Act will expunge the records of those harmed by cannabis criminalization, create opportunities for all to participate in the legal cannabis industry and decriminalize cannabis at the federal level."
Kahele said, “I joined my colleagues in the House and voted in favor of delivering justice for those harmed by decades of unjust federal drug laws. The MORE Act means implementing smarter, fairer cannabis policies for Hawaiʻi. This landmark legislation advances racial, economic and social justice. It opens the door to prosperity for minority-owned cannabis businesses and would federally decriminalize cannabis.”
Despite reform laws passed in 47 states, the enforcement of federal cannabis criminalization continues to "disproportionately harm people of color and hold many back from the benefits of the legal cannabis marketplace," said Kahele's office statement.  "People of color are four times more likely to be arrested on cannabis charges – and are often targeted for longer prison sentences. Because prior cannabis convictions bar many individuals from entering the cannabis industry, only one-fifth of cannabis businesses are minority-owned and only four percent of owners are Black."
Similar to previous legislation passed by the Democratic House in 2020, the MORE Act will help ensure that those harmed by criminalization can take full advantage of the legal and growing cannabis industry. In addition to expunging cannabis-related convictions and removing cannabis from the Controlled Substances Act, this legislation establishes the Opportunity Trust Fund to provide loans for small disadvantaged cannabis businesses, promote equitable cannabis licensing programs and fund re-entry services for those harmed by cannabis criminalization. It also prohibits the denial of any federal benefit based on the legal use or possession of cannabis, including housing.
To read comments, add your own, and like this story, see www.facebook.com/kaucalendar/.See latest print edition at www.kaucalendar.com. See upcoming events at https://kaunewsbriefs.blogspot.com/2022/03/upcoming-events-for-kau-and-volcano
HAWAI'I FARMERS UNION UNITED is urging the public to support bills that go to public hearings on Monday at the Hawai'i Legislature.
SB3197 would establish a Farmer Apprenticeship Mentoring Program and make an appropriation to the Hawaii Department of Agriculture to support it. 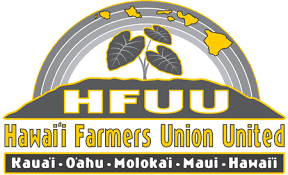 SB2989 would require Department of Agriculture to establish a Healthy Soils Program with a Special Fund.
SB3004 would establish  and appropriate funds for a compost reimbursement program within the Department of Agriculture and one full-time permanent compost reimbursement program manager position to oversee it. It would require an annual progress report of the program to the legislature prior to each regular session.
SB2865 would authorize issuance of special purpose revenue bonds to assist DIBSHawaii LLC in the construction of a net-zero carbon capture storage utilization platform that will recover vented carbon dioxide emissions and scrub and liquify them into food grade liquid carbon dioxide.
To submit testimony, go to https://www.capitol.hawaii.gov/
To read comments, add your own, and like this story, see www.facebook.com/kaucalendar/.See latest print edition at www.kaucalendar.com. See upcoming events at https://kaunewsbriefs.blogspot.com/2022/03/upcoming-events-for-kau-and-volcano

at http://kaunewsbriefs.blogspot.com/2022/04/upcoming-events-for-kau-and-volcano.html
Posted by The Ka`u Calendar at 11:03 PM