DARBY SAILED PAST SOUTH POINT at mid-day Saturday. The former hurricane passed below the island as a Tropical Storm and became a Tropical Depression in the afternoon. Some winds and waves may have been attributed to Darby but high surf hitting the south side was reported to have come from the South Pacific.
Beach Parks remain closed in Kaʻū and up the Kona Coast, as well as Isaac Hale in Puna. At Punaluʻu Black Sand Beach, high tide and big waves brought water running up the beach and into the pond on Saturday, as surfers caught waves offshore.
To read comments, add your own, and like this story, see www.facebook.com/kaucalendar. See latest print edition at www.kaucalendar.com. See upcoming events at https://kaunewsbriefs.blogspot.com/2022/04/upcoming-events-for-kau-and-volcano.htm.
THE NEW NATIONAL MENTAL HEALTH CRISIS LINE IS WORKING BY DIALING 988. The free service went live on Saturday morning. A statement from Hawaiʻi Department of Health says this expands access to mental health and substance use crisis services.
Hawaiʻi adopted the national 988-dialing code for direct access to mental health and substance use crisis resources. "The new three-digit number is expected to increase access to the Hawaiʻi Department of Health’s (DOH) Hawaiʻi CARES crisis helpline for crisis services, mental and emotional health support, and substance abuse recovery," says the DOH statement.
Individuals with an 808 area code phone number can call 988 to connect with the Hawaiʻi CARES crisis line. Individuals who call from other area codes are connected with a crisis center in another state.

Anyone can continue to reach Hawaiʻi CARES by calling 808-832-3100 or 1-800-753-6879; or using the chat function at suicidepreventionlifeline.org/chat/.
“The 988 launch reflects a nationwide commitment to prioritizing mental health and increasing access to resources,” said Marian Tsuji, Deputy Director of Behavioral Health. “In Hawaiʻi, 988 adds to the ways that people can reach the CARES Crisis Line. Our staff will continue to connect people across Hawaiʻi with mental health and substance use recovery resources.”
In 2021, Hawaiʻi CARES received 101,151 calls. Hawaiʻi CARES is administered by DOH with support from CARE Hawaiʻi and Aloha United Way.
Hawaiʻi CARES provides 24/7 free and confidential support to people in mental-health or substance use related distress. Locally trained and qualified clinical and crisis call center staff provide supportive counseling, screening for urgent or emergent mental health or substance use needs, and referrals to behavioral health resources. DOH’s wraparound services connect CARES callers and others with crisis mobile outreach and other services.
Hawaiʻi CARES is part of the National Suicide Prevention Lifeline, a network of over 200 independent crisis centers equipped to help people in mental health related distress or experiencing a suicidal crisis. In 2020, Congress designated the 988 dialing code to operate through the National Suicide Prevention Lifeline to improve access to mental health crisis services in a way that meets growing national need.

To read comments, add your own, and like this story, see www.facebook.com/kaucalendar. See latest print edition at www.kaucalendar.com. See upcoming events at https://kaunewsbriefs.blogspot.com/2022/04/upcoming-events-for-kau-and-volcano.htm
A MONKEYPOX CASE IS ON HAWAIʻI ISLAND, according to the state Department of Health.
DOH reported on Friday that the total number of cases identified statewide recently rose from six to eight.
One individual is a Hawaiʻi Island resident with a history of travel to the mainland. The second newly reported case is an Oʻahu resident. Connections to previously reported cases are under investigation.
“The risk to most Hawaiʻi residents remains low, but with the number of cases growing across the country, we expect to identify more cases in Hawaiʻi,” said Deputy State Epidemiologist Dr. Nathan Tan. “We understand a fair amount about how monkeypox spreads—primarily through close, intimate contact. DOH continues to conduct case investigation, coordinate vaccination and treatment, and work with healthcare providers across the state.”
DOH continues to conduct contact tracing and coordinate vaccination and treatment, which can be effective in managing monkeypox infections. At this time, DOH is using Hawaiʻi’s limited vaccine
allocation to vaccinate close contacts of people known to have monkeypox, and for people who may have had high-risk exposures in venues or areas where monkeypox is actively spreading. DOH is arranging statewide vaccine distribution and administration. Vaccines are not available through healthcare providers at this time.
While most people diagnosed with monkeypox experience mild to moderate illness, the rash and sores can be itchy and painful. Infection begins with flu-like symptoms such as fever, headache, muscle aches, chills, exhaustion, and swollen lymph nodes. Infection progresses to a rash or sores, often on the hands, feet, chest, face, or genitals. Individuals generally become ill within 21 days of exposure.
Monkeypox is mainly spread through close, intimate contact with body fluids, lesion material, or items used by someone with monkeypox. Monkeypox may be spread through large respiratory droplets. These droplets generally cannot travel more than a few feet, so prolonged face-to-face contact is required.
Individuals with monkeypox symptoms, including flu-like symptoms, swollen lymph nodes, or new or unexplained rash or sores, should immediately contact their healthcare provider.
DOH reports, "Nationwide, the current cases are primarily spreading among social networks of gay, bisexual, and other men who have sex with men. In Hawaiʻi, at least some of the cases have been reported among gay or bisexual men. However, anyone who has close contact with someone with monkeypox is at risk of infection, regardless of sexual orientation or gender identity."
To read comments, add your own, and like this story, see www.facebook.com/kaucalendar. See latest print edition at www.kaucalendar.com. See upcoming events at https://kaunewsbriefs.blogspot.com/2022/04/upcoming-events-for-kau-and-volcano.htm
WHAT IS A VOLCANO? That is the question answered by Volcano Watch, the weekly column by scientists and affiliates of USGS Hawaiian Volcano Observatory:
Many readers know that the Island of Hawaiʻi is made of five volcanoes that rise above sea level—Kīlauea, Mauna Loa, Hualālai, Mauna Kea, and Kohala. Those same readers know that a variety of smaller cones dotting the five major volcanoes are places where eruptions took place in the past. But if that’s the case, then why aren’t they also called volcanoes? Isn’t a volcano a place where lava reaches the surface of the earth? Why doesn’t the island have hundreds of volcanoes instead of only five?
In one dictionary definition, a volcano is a vent in the earth’s crust through which rock or lava is ejected. In another, a volcano is a cone-shaped hill or mountain built around a vent. Most volcanologists find both of these dictionary definitions somewhat lacking.
To a volcanologist, a volcano is a structure containing a vent or cluster of vents fed by magma rising directly from great depth within the earth, generally more than 30 km (18 miles). Each of the five volcanoes on the Island of Hawaiʻi has such a deeply rooted feeder conduit that extends at least 100 km (60 miles) beneath the island. In contrast, the smaller cones formed around vents that were supplied by magma that branched off the main conduit at a shallow depth, probably less than 10 km (6 miles) deep and more likely about half that.
These smaller cones are analogous to limbs on a tree, and the deeply rooted volcano is equivalent to the trunk of the tree. Kīlauea, for example, will remain an active volcano long after any single cone stops erupting, because the main feeder conduit will still be intact. Therefore, volcanoes become larger than their parasitic cones, which contribute to their growth.

Several terms are used to describe the vents that lack deep roots and get their magma from the main feeder conduit—flank vents, parasitic vents, rift vents. Sometimes “cone” is substituted for “vent.” So, for example, Ahuʻailāʻau cone that formed in Leilani Estates during the 2018 eruption could be termed a flank vent on Kīlauea. Puʻuʻōʻō was an active flank or rift vent on Kīlauea for about 35 years before stopping in 2018.
Physical appearance alone cannot always be used to make the distinction between a volcano and a subsidiary vent on that volcano. The composition of the lavas are used, often like a genetic tracer, to determine if the magma originated from the same source or not.
The second dictionary definition of “volcano”—that of a cone-shaped hill or mountain built around a vent, certainly doesn’t apply to volcanoes such as Kīlauea, whose shape is far from that of a cone. Another type of volcano lacking a cone shape are large calderas, such as Long Valley in eastern California or Yellowstone in Wyoming. No one would guess, without doing some geologic sleuthing, that these wide depressions are some of the largest volcanoes found on our planet. And then there are flood basalt flows, great outpourings of lava from extensive fissures that form nearly flat plateaus, with nary a mountain or even hill in sight.
A recent visitor to the Hawaiian Volcano Observatory quipped that Kaluapele (Kīlauea caldera) “sure doesn’t look like a volcano.” This visitor is a geologist and should have known better, but the image of Fuji, Mayon, and pre-1980 Mount St. Helens is strongly entrenched as the classic stereotype of a “real” volcano. Had that visitor come to Kīlauea in the year 1400, however, he would have seen a lava shield occupying the summit of Kīlauea, rather than a caldera. The caldera formed by collapse of the shield some 100 years later.
This illustrates another point about volcanoes—the shape can change drastically and quickly, and one year’s cone or shield can be next year’s caldera. Over the longer-term, Hawaiian volcanoes continue to grow and change shape. Witnessing the birth and growth of the several of these smaller cones during our lifetime leaves one to ponder just how many of these eruptions and how much time it takes to build a Hawaiian volcano.
To read comments, add your own, and like this story, see www.facebook.com/kaucalendar. See latest print edition at www.kaucalendar.com. See upcoming events at https://kaunewsbriefs.blogspot.com/2022/04/upcoming-events-for-kau-and-volcano.htm 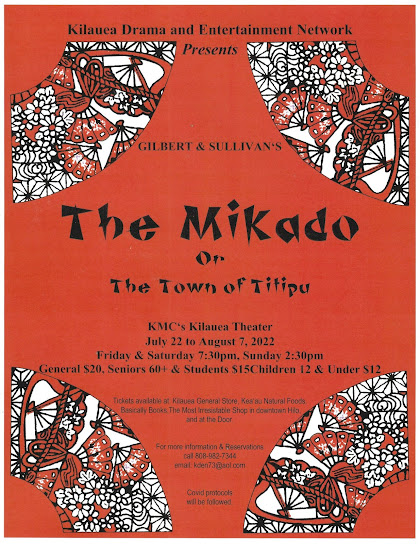