USGS reported that during the past 25 years, there were two earthquakes with magnitudes greater than 4.0 beneath Hualalai volcano, including Saturday night's event. USGS described it as a " primarily lateral slip along a sub-vertical fault and does not appear to be directly related to magmatic activity. Aftershocks are likely, and some may be felt."
HVO Scientist-in-Charge Ken Hon said the earthquake had no apparent effect on Mauna Loa or Kīlauea Volcano’s ongoing summit eruption. "HVO monitoring networks have not detected any significant changes in activity at the summit or along the rift zones of Kīlauea resulting from the earthquake.
IRONWORKERS LOCAL 625 GAVE ITS ENDORSEMENT FOR KAʻŪ into Kona state House of Representative to Jeanné Kapela.  The Democrat made the announcement on Sunday. Kapela stated, "It is springtime for
our economy. After two years of fiscal hardship, our state's financial outlook is gleaming. Instead of cutting services, we are investing in programs to uplift the working families who drive our islands forward.
"That's why I am proud to be endorsed by Ironworkers Local 625 in my race for reelection to the State House. Each day, their members are forging a stronger future for our islands, from much needed affordable housing to 21st Century schools to state-of-the-art transportation systems.
"When labor succeeds, everyone prospers. To champion the workers on whom our economy depends, donate today to our campaign for change. Every dollar you contribute will be spent delivering financial security for our community.
"Labor rights are human rights. I will always stand with the workers who are constructing an enduring foundation for our society's well-being," said Kapela.
To read comments, add your own, and like this story, see www.facebook.com/kaucalendar/. See latest print edition at www.kaucalendar.com. See upcoming events at https://kaunewsbriefs.blogspot.com/2022/04/upcoming-events-for-kau-and-volcano.html
AUDITIONS FOR THE MIKADO are being held on 6:30 p.m. on Monday, May 23 and Tuesday, May 24 at Kīlauea Theater within Kīlauea Military Camp in Volcano. The show is being put on by Kīlauea Drama

& Entertainment Network. All ages and ability are welcome to audition. Auditioneers should be prepared to sing a song that best shows their vocal range and dress comfortably to move on the stage. There will be cold readings as well. For more information call 982-7344 or email kden73@aol.com.
MEMORIAL DAY LEI for keiki ages 5 to 12 years old on Tuesday, May 24 from 2:30 - 4 p.m. at Kahuku Park in Ocean View. Registration is open from May 13 - 20. To register, contact Recreation Technician III, Teresa Anderson, at (808) 938-4875. 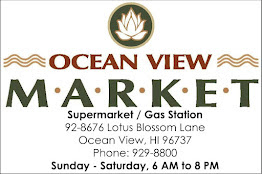 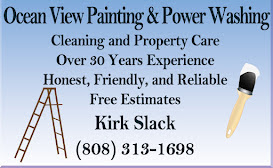 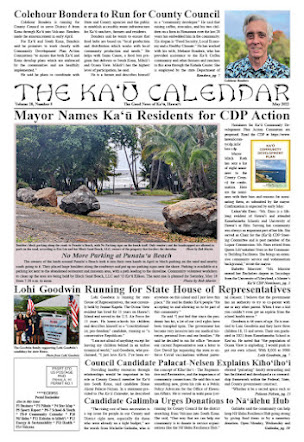