NA'ALEHU ELEMENTARY PRINCIPAL DARLENE JAVAR was honored Friday night at the Kaʻū High School graduation ceremonies. Kaʻū High Principal Sharon Beck noted that many of the graduates were with Javar at Nāʻālehu before coming to the Kaʻū High campus. Javar, who will retire soon, is an alumna of Kaʻū High & Pāhala Elementary and has worked in the DOE for 32 years. Beck noted that Javar served 19 years at Kaʻū High & Pāhala Elementary as a teacher, technology coordinator, teacher coach and Vice Principal. She served one year as Vice Principal at Keaau High School and Nāʻālehu School and has been Principal at Nāʻālehu Elementary for 11 years. "Darlene we thank for your service and love for the students of Kaʻū. Darlene will be retiring this year and I would like all of us graduates and families to show our appreciation to Darlene as she moves into her well deserved retirement! We wish you the best!"
Beck announced that Wilma Roddy, also an alumna of Kaʻū High & Pāhala Elementary will become Nāʻālehu  Principal. Roddy has been with DOE for 19 years. She served nine years teaching at Kaʻū High & Pāhala Elementary, one year TA VP at Mountain View, three years Vice Principal at Kaʻū and six years Principal at Mountain View Elementary. "I am proud to share that Wilma Roddy will be slipping into Darlene’s shoes as Nāʻālehu  Elementary Principal. Wilma, welcome back to the Kaʻū Complex," said Beck.
Beck also noted that the Interim Complex Area Superintendent Stacey Bello was the Kaʻū High & Pāhala Elementary Vice Principal ten years ago. "Thank you CAS Bello, for taking on the huge responsibility to lead our complex." Beck gave these examples as people who grew up here and continue to work and serve the community. "Remember you will always have a connection with Kaʻū," Beck told the Class of 2022.
To read comments, add your own, and like this story, see www.facebook.com/kaucalendar/. See latest print edition at www.kaucalendar.com. See upcoming events at https://kaunewsbriefs.blogspot.com/2022/04/upcoming-events-for-kau-and-volcano.html
HOPE SERVICES ISSUED A STATEMENT ON HOMELESSNESS on this island Saturday. CEO Brandee Menino said, "County data shows that 96 percent of people who received homeless services last

year were Hawai'i locals. We're talking people born and raised here, and long term residents. I've run into old friends who are living in their cars." Menino said, "People are starting to realize the problem isn't houseless people flying in from outside, it's housing speculation from outside. That's what's pricing locals out and pushing them to the streets."    The statement from Hope Services says that "42 percent of all homes sold in Hawaiʻi County from 2017 to 2020 were purchased by out–of-state investors, the highest rate among the counties, according to the Hawaiʻi Budget and Policy Center." The Center also reported that "52 percent of out-of-state owners left their units unoccupied when they or their friends were not using them."
The Hope CEO said, "We do what we can, but as a private organization dependent on government funding and donations, we don't have the authority to regulate the housing market." She gave credit to the County of Hawai'i for a recent commitment to allocate additional funding to county sponsored homeless programs and affordable housing. "We hope we'll see a commitment to responsibly funding evidence-based programs that successfully get people into permanent housing. We'd love to see our county move away from expecting police to handle houselessness, and instead invest in expanding the number of trained social services staff who can assist people on the streets."
Hope Outreach Team Lead Carrie Hoʻopiʻi said, "Most of the people we help are our neighbors, born and raised here. Instead of pushing them from place to place on the streets, we should work together to get them back into housing."
This week, Ho'opi'i worked with a team to bring some 20 houseless people into housing with running water and safety in Kona, following a sweep by the county at the Old Kona Airport Park. The people who left the park had pitched tents next to the Kona Community Aquatic Center, drawing many phone calls to her agency, the county and others. On Thursday, six employees from the County of Hawai'i, two outreach workers from CARE Hawai'i, three community policing officers, and longtime volunteer Linda Vandervoort joined Hope Services to spend the day assisting with intakes and move-ins. By the end of Friday, all 20 residents had moved into 18 free-standing microshelters at Ka Lamakū in Kona and into West Hawai'i Emergency Housing, both operated by Hope Services.
Those wanting to help people on their journey out of homelessness, volunteer or make a donation at www.hopeserviceshawaii.org. Follow Hope Services on Facebook and Instagram @hopeserviceshawaii.
To read comments, add your own, and like this story, see www.facebook.com/kaucalendar/. See latest print edition at www.kaucalendar.com. See upcoming events at https://kaunewsbriefs.blogspot.com/2022/04/upcoming-events-for-kau-and-volcano.html
HAWAI'I'S NURSERY, FLORICULTURE AND CACAO AGRICULTURALISTS are the aim of two new bills in Congress introduced this week by Representatives Kai Kahele and Ed Case. H.R.7812, the Floriculture and Nursery Health Initiative Act, and H.R.7813, the Cacao Tree Health Initiative Act would fund research and development of tools to address plant pest threats. In 2020, nurseries and floriculture in rural Hawai'i generated more than $81 million in revenue on 2,324 acres creating thousands of jobs. 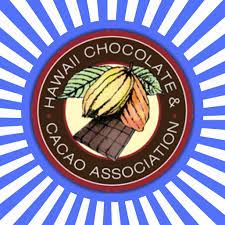 A statement from the Congressmen says, "Hawaiʻi’s emerging cacao industry is rapidly expanding with more than 36,700 trees across 300 acres generating nearly $1.5 million a year in farm gate revenue."
Kahele said, “Diversifying Hawaiʻi’s economy starts with protecting our existing agricultural commodities and opening the door to new competitive goods. Distinctive Hawaiʻi floral and nursery characteristics in turn will help our island growers build wealth and command premium prices in markets throughout the United States." He said that growing cacao in Hawaiʻi has "enormous growth potential as a global source in the industry. These bills support a comprehensive federal legislative package which will elevate Hawaiʻi to compete in the world’s agricultural economy.”
Will Lydgate, President, Hawaiʻi Chocolate & Cacao Association: “We applaud the efforts of Rep. Kahele to help give our industry a much-needed boost. The United States is the most exciting new player in the cacao growing and specialty chocolate world. Here in Hawaiʻi, chocolate is serious business.”
Eric Tanouye, President, Hawaiʻi Floriculture and Nursery Association said, “We are very grateful for Congressman Kahele’s leadership on this measure. We greatly appreciate this vital and timely Floriculture and Nursery Health Initiative Act of 2022. Science is essential to our resiliency in this age of climate change.”

Kahele previously led Hawaiʻi’s Congressional Delegation to introduce bicameral legislation to enable research funding to address current and emerging threats to the United States coffee and macadamia nut industries. The Coffee Plant Health Initiative Amendments Act and Macadamia Tree Health Initiative Amendments Act would remove existing restrictions on the limited scope of research and grant funding for the coffee plant and macadamia tree.
To read comments, add your own, and like this story, see www.facebook.com/kaucalendar/. See latest print edition at www.kaucalendar.com. See upcoming events at https://kaunewsbriefs.blogspot.com/2022/04/upcoming-events-for-kau-and-volcano.html
AUDITIONS FOR THE MIKADO are being held on 6:30 p.m. on Monday, May 23 and Tuesday, May 24 at Kīlauea Theater within Kīlauea Military Camp in Volcano. The show is being put on by Kīlauea Drama

& Entertainment Network. All ages and ability are welcome to audition. Auditioneers should be prepared to sing a song that best shows their vocal range and dress comfortably to move on the stage. There will be cold readings as well. For more information call 982-7344 or email kden73@aol.com.
MEMORIAL DAY LEI for keiki ages 5 to 12 years old on Tuesday, May 24 from 2:30 - 4 p.m. at Kahuku Park in Ocean View. Registration is open from May 13 - 20. To register, contact Recreation Technician III, Teresa Anderson, at (808) 938-4875. 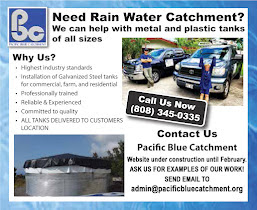 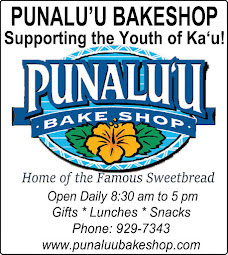