ROYAL HAWAIIAN ORCHARDS with operations in Hilo, Pāhala, and California, is becoming a major shareholder in the Australian parent company of MacFarms, LLC, with operations in South Kona. Both MacFarms and Royal Hawaiian are major employers of Kaʻū residents. 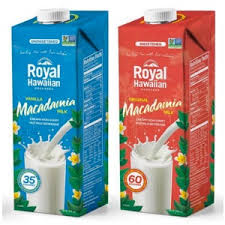 The Royal Hawaiian brand and macadamia snack products will be owned by MacFarms' parent, the Buderim Group, in a "deal that will create the largest retail marketer of branded macadamia nuts in the United States," reports a recent article in Pacific Business News.
The story reports on a February filing with the U.S. Securities and Exchange Commission, which states that MacFarms will "acquire all assets currently owned by Royal Hawaiian Orchards (OTC: NNUTU) that are used in the marketing and retail sale of macadamia nuts under the Royal's trademark and trade-name brands." In exchange, Royal Hawaiian will acquire 13 percent of Buderim Group, with a valuation of about $2.53 million, according to the SEC filing.
Royal Hawaiian will remain operator of macadamia orchards on more than 5,000 acres it owns and leases on Hawaiʻi Island - much of it surrounding Pāhala. MacFarms owns thousands of acres of macadamia orchards in South Kona, near the Kaʻū border.
"The Partnership will also enter into a supply agreement to sell kernel at international prices as well as agreements to process each other's

Bradford Nelson, CEO of Royal Hawaiian Orchards, said that members of his team are "excited to become a major shareholder of Buderim, and look forward to supporting its growth by ensuring that we continue to invest in optimizing and expanding our production capacity and capability."
Royal Hawaiian Orchards Executive Vice President Scott Nelson, in charge of branded products, along with his California marketing team, will transition to MacFarms.

A NEW SIGN HONORING THE LATE ROBERT HERKES went up recently at Kaʻū High School. Herkes, who represented Kaʻū in the state House of Representatives, was integral in helping to fund the $18 million gym's construction to serve high school sports, community events, and to become a regional Disaster Shelter.
As an elected official, Herkes fought against illegal practices by mortgage lenders and helped bring mobile medicine to Kaʻū. He helped with funding for the water well in Ocean View, bringing mobile medical care units here, assessing weather and geologic risks in the district, and with preservation of the Kaʻū Coast.
Herkes served on the County Council, House of Representatives
and state Senate after a career in the hospitality industry where he worked with Inter-Island Resorts. He died in August of 2014, after a brief illness.

A BILL TO FUND K-12 AGRICULTURE WORKFORCE DEVELOPMENT goes to a joint hearing of the Senate Agricultural and Environment, and Senate Labor committees. House Bill 2115 HD1 will be heard on Monday, March 19, at The bill will help fund schooling to increase the number of Hawai‘i students who go on to a career in agriculture.
Hawai‘i Farmers Union United urges residents to support the bill, saying "You do not need to write a testimonial to have an impact. Simply weighing in with your support will help." Testimonies and support are due by on Sunday, March 18.


RUSSELL SUZUKI IS APPOINTED TO REPLACE ATTORNEY GENERAL DOUG CHIN, who stepped down recently to become Lieutenant Governor. Gov. David Ige put Suzuki temporarily in the AG position on Feb. 2 when Chin took the Lt. Gov. post. Ige wants Suzuki to stay.
Ige said in his appointment announcement that Suzuki has served as a public-sector attorney working at the Department of Attorney General for 36 years. His responsibilities have included First Deputy Attorney General under Attorneys General Douglas Chin, David Louie, and Mark Bennett. He also served as Supervising Deputy Attorney General of the Administration Division and Education Division. He also served as counsel to state boards and commissions, including Land Use Commission, Board of Education, Board of Regents, Employees' Retirement System, Employer-Union Health Benefits Trust Fund, and Judicial Selection Commission. Before making the move to the public sector, he practiced criminal defense law, family law, business law, and military law at the law offices of Yoshiro Nakamura. Suzuki earned a B.A. from the and his J.D. from .
"Russell brings a wealth of experience to this position, and I know he will continue to provide sound legal advice to the executive, legislative and judicial branches of state government." Said Suzuki, "I am humbled and honored to serve in this position. I'll do my best to serve the people of the State of " His appointment is subject to Senate confirmation.

VOLCANO ART CENTER GALLERY PRESENTS HO’OKU’I I NĀ KIKO, Connecting the Dots, by Natalie Mahina Jensen and Lucia Tarallo daily, 9 a.m. to 5 p.m., from Saturday, Mar. 31, to Sunday, May 6. The multi-media exhibition explores the conceptual disparity between threads of history verses ribbons of myth while referencing pivotal events in Hawaiian History. Presented by the Hale Naua III, Society of Maoli Arts, this exhibition references the Battle of Kuamoʻo fought on Hawaiʻi Island on December 31, 1819.
“The exhibition provides historical details harmoniously embedded in a collection of modern and iconographic works of art,” states the event description.
A curated collection of photographs, paintings, sculptures and feather work items deliver a sublime message connecting the viewer artistically with the provenance of the design. For instance, Jensen’s paintings, which display indigenous iconographic designs, are rendered to weave a human-life story of a particular event or particular Maoli belief. Feather and ribbon capes and sashes made by Tarallo tell the history of the making of capes during pre and post western contact eras.
Both artists will be present at the exhibition opening on Saturday, Mar. 31, at the Volcano Art Center Gallery in Hawai‘i Volcanoes National Park. The event will begin at 3 p.m. with a short lecture by Tarallo providing insight into the concepts and items on display. An opening reception will follow the lecture, until 5 p.m. Both events are free and open to the public, however, park entrance fees apply. For more, visit volcanoartcenter.org. 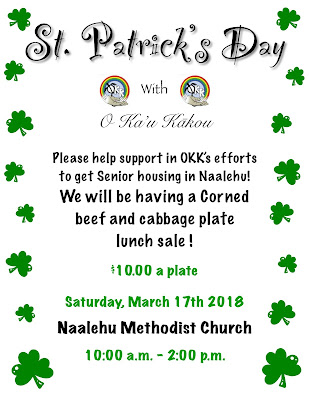 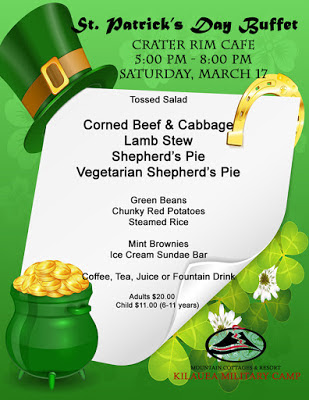 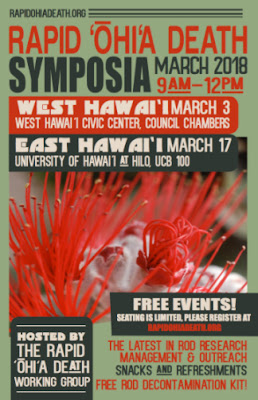 TUESDAY, MARCH 20
WALK INTO THE PAST WITH DR. THOMAS A. JAGGAR, Tuesdays, Mar 20 and 27, at , , and , at . Each performance lasts about an hour. To find out more about this living history program, visit the park website: nps.gov/havo/planyourvisit/walk_into_the_past.htm 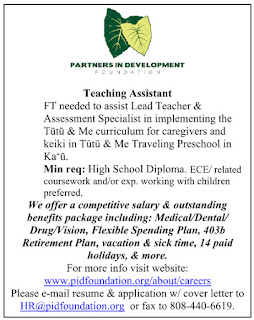 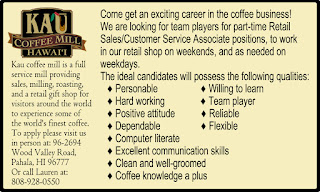 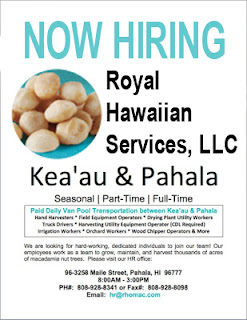 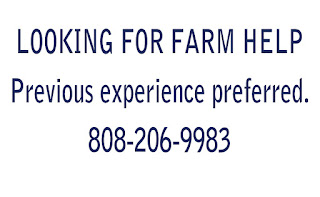 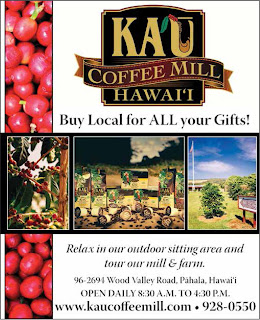 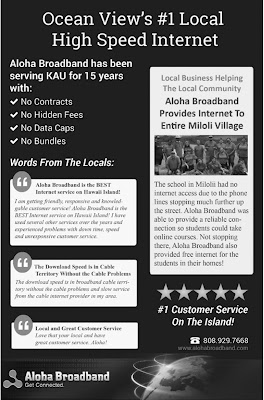 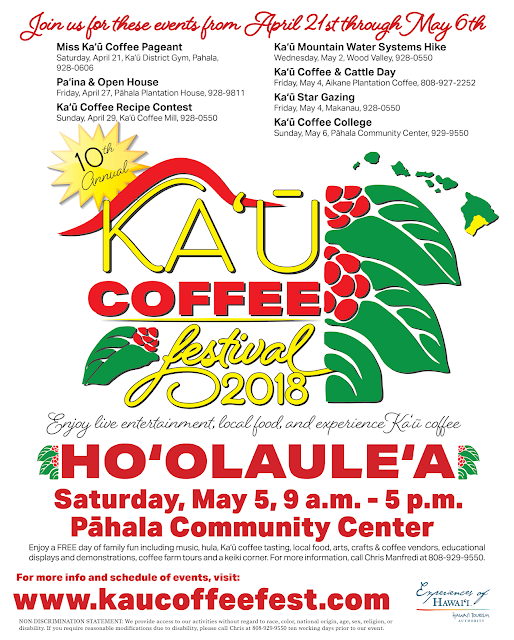