THE WILDFIRE ON THE SOUTHEAST FLANK OF MAUNA LOA that started near a power line within Hawaiʻi Volcanoes National Park was 90 percent contained as of Thursday morning and remained at 42.5 acres in size, according to a report from the Park.
Firefighters, aided by periodic rainfall Wednesday and overnight, were able to surround the perimeter of the fire and douse residual smoldering and flames with nearly two miles of fire hose. On Thursday, fire crews worked active portions of the fire with water, chainsaws and hand tools with the objective to reach 100 percent containment.
The Park statement said, "A fire investigator is on scene to determine the cause and point of origin of the wildfire."
The wildfire was first reported at 6:09 p.m. on Monday, July 11 and started near a power line road at around 4,800-ft. elevation in the park. Mauna Loa Road remains closed to the public from the gate at the Kīpukapuaulu parking lot. Only authorized vehicles are allowed past the gate until further notice.
Cooperating agencies that assisted the National Park Service through the initial attack include the State of Hawaiʻi Department of Land & Natural Resources Division of Forestry and Wildlife, County of Hawaiʻi Fire Department, and U.S. Army's Pōhakuloa Training Area.
"Most of Hawaiʻi is experiencing dry conditions, ranging from abnormally dry to extreme drought. Most wildfires in Hawaiʻi are started by people. Help protect the ʻāina and learn how to be fire safe by visiting https://www.hawaiiwildfire.org/lookout/," said the Park statement.
To read comments, add your own, and like this story, see www.facebook.com/kaucalendar. See latest print edition at www.kaucalendar.com. See upcoming events at https://kaunewsbriefs.blogspot.com/2022/04/upcoming-events-for-kau-and-volcano.htm.
HAWAIʻI PACIFIC PARKS ASSOCIATION has named a new Executive Director. The organization, which operates the concessions at Hawaiʻi Volcanoes National Park Visitor Centers and at other National Park Service locations in Hawaiʻi and in Samoa, selected Melody (Mel) Boehl, who lives on this island.
The nonprofit Hawai‘i Pacific Parks Association is a national parks cooperating partner association. A statement from the organization says that Boehl "brings 30-plus years of leadership experience and a
Bachelor of Science degree, Magna Cum Laude, in business administration. She began her professional career with a Big Four public accounting firm, then moved into leadership roles with large nonprofits. Boehl and her husband Andy moved to Hawai‘i in 2015, where she joined the HPPA ʻohana as the business director.   She said, "HPPA has been a national parks partner since 1933; our work supports the national parks through sales at our visitor center park stores and online, which convert to park donations. I will work to increase our visibility so we can increase our support of the parks; we need to continue to uplift our park partners and communities, tell the stories of the national park sites, and promote Pacific Island culture."
According to HPPA, Boehl's "primary goal as executive director is to deeply connect with parks visitors, NPS staff, and her own HPPA teams."
HPPA Board Chair Miki Tomita said, "We are pleased to welcome Mel officially to this position; her leadership and grace have been foundational to HPPA since she joined us in 2015 and will continue to shape this next stage of HPPA’s existence."
HPPA is the nonprofit partner of six national parks in Hawaiʻi and American Samoa. Proceeds from its visitor center park stores and online shop have contributed over $20 million in support to parks since 1933.
To read comments, add your own, and like this story, see www.facebook.com/kaucalendar. See latest print edition at www.kaucalendar.com. See upcoming events at https://kaunewsbriefs.blogspot.com/2022/04/upcoming-events-for-kau-and-volcano.htm. 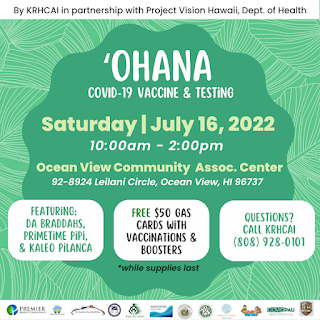 A PUBLIC HEALTH COVID VACCINATION, EDUCATION AND TESTING EVENT comes to Ocean View Community Center this Saturday, July 16 from 10 a.m. to 2 p.m. at  92-8924 Leilani Circle.
Co-sponsored by Kaʻū Rural Health Community Association and its founder Jessie Marques, state Department of Health and Project Vision, it features entertainment with Da Braddahs, Primetime Pipi and Kaleo Pilanca.
It offers free $50 gas cards for those who attend and receive a Covid-19 vaccination or booster, while supplies last.
A team of Pacific Islanders from Department of Health is flying from Oʻahu to help with education and translation. Along with its leader Chantelle "Tellie" Matagi, the team conducts in-person educational outreach events in culturally appropriate ways for Marshallese, Native Hawaiians, Chuukese, Samoans, Kosraeans,  Pohnpeians, and Tongans in their language. "The team also serves as advocates for processes that are rooted in the diverse Pacific cultures and languages to address the effects of COVID-19 on Pacific communities," according to the Department of Health.
Matagi, herself a Pacific Islander raised by her Samoan grandparents, said when it comes to Covid-19, that Pacific Islanders "are more at risk due to socio-economic reasons, not genetics. Pacific Islanders are essential workers, they have more exposure with the public at large, and due to the high cost of living in Hawai’i and cultural practices they live in multi-generational spaces.  On top of this, due to language barriers and a lack of cultural competency, they do not receive equitable access to health care services. And we cannot forget that many of our Pacific Island community members are here because the U.S. used their islands as nuclear test sites leaving them unsafe and uninhabitable in some cases.” She is often involved in policy talks about health equity.
To read comments, add your own, and like this story, see www.facebook.com/kaucalendar. See latest print edition at www.kaucalendar.com. See upcoming events at https://kaunewsbriefs.blogspot.com/2022/04/upcoming-events-for-kau-and-volcano.htm.
MILLIONS OF VETERANS WILL RECEIVE BENEFITS AND HEALTH CARE for exposure to toxic substances, while serving their country, including duty in the Marshall Islands to clean up nuclear waste, said Congressman Kai Kahele.     On Thursday, Kahele announced the House Committee on Veterans Affairs passage of the Honoring our Promise to Address Comprehensive Toxics Act of 2021. It's also called the Honoring our PACT Act. The bill includes the Mark Takai Atomic Veterans Healthcare Parity Act, championed by the late Hawaiʻi Congressman Mark Takai "who served his country admirably as a Lieutenant Colonel in the Hawaiʻi Army National Guard, and as Hawaiʻi's first congressional district representative," said Kahele, who also serves in the Hawaiʻi National Guard. The PACT Act moves to the House floor for a vote next week.
Kahele said, "I am honored to continue the legacy of my friend, Congressman Mark Takai through this monumental piece of legislation. The PACT Act upholds our obligation to care for our military veterans who were exposed to toxic substances while serving overseas and protecting the freedoms we all enjoy every day." See Kahele's words on Takai and the PACT Act at https://www.youtube.com/watch?v=rBbdja6m0AQ
To read comments, add your own, and like this story, see www.facebook.com/kaucalendar. See latest print edition at www.kaucalendar.com. See upcoming events at https://kaunewsbriefs.blogspot.com/2022/04/upcoming-events-for-kau-and-volcano.htm. 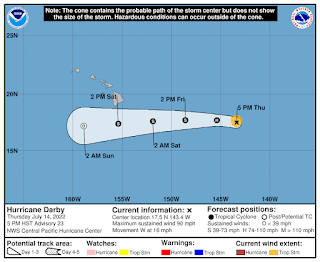 HIGH SURF FROM THE SOUTH AND WINDS FROM DARBY FROM THE SOUTHEAST are expected this weekend. Darby is expected to track south of South Point as a Tropical Storm on Saturday. The high surf, coming from the southern hemisphere, is expected Friday into Saturday with waves along the southern shore as high as 15 feet.
The Pacific Hurricane Center report at 5 p.m. says, "Darby is becoming less organized on satellite with pulses of increasingly ragged deep convection starting to become sheared from the low level center. The UW-CIMSS deep layer shear analysis suggests the core of Darby is now experiencing shear of 20 to 25 knots. She still remains a Hurricane, but will soon become a Tropical Storm.
Winds from Darby and waves from the south swell could make ocean and shoreline conditions exciting but dangerous this weekend. A high surf advisory and Civil Defense recommendations are expected.  County Civil Defense issued a statement today saying: "In preparation for Darby, please take this time to secure outdoor items from possible wind damage and to address flooding concerns.
"Beach-goers, swimmers, and surfers please exercise caution as strong breaking waves, shore break, and rip currents making swimming difficult and dangerous are expected. Beaches may be closed without notice. Stay tuned to your radio for updates and changes in conditions."
To read comments, add your own, and like this story, see www.facebook.com/kaucalendar. See latest print edition at www.kaucalendar.com. See upcoming events at https://kaunewsbriefs.blogspot.com/2022/04/upcoming-events-for-kau-and-volcano.htm. 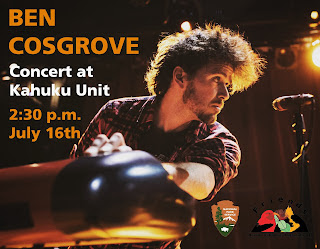 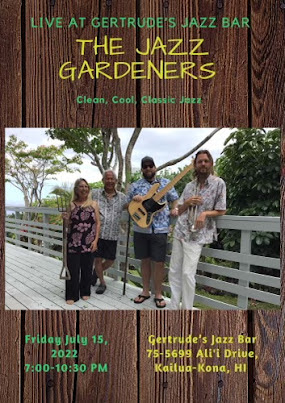