HAWAI`I VOLCANOES NATIONAL PARK has decided how it will control non-native ungulates in its plan to protect and restore native ecosystems. To achieve its population objective of zero non-native ungulates, or as low as practicable, in managed areas, the National Park Service will use the primarily lethal control techniques of direct reduction with firearms (ground shooting and aerial shooting). The NPS will use snaring primarily for the removal of feral pigs, particularly when they are at remnant levels, when densities are low; in rugged terrain or remote sites; or to remove pigs that have become accustomed to other removal techniques and learned to avoid them.
The Record of Decision released yesterday by the park announced that it will allow volunteers to assist with the plan. “Based on past volunteer involvement, the majority of volunteer interest continues to be in participation with ground shooting efforts,” the document states. “Qualified volunteers will be used to assist with ground shooting operations and could be used for certain other non-native ungulate management activities (e.g., fence building, monitoring, baiting).”
According to the document, the NPS will retain a volunteer program for the following reasons:
To be eligible, qualified volunteers will be required to fill out a registration form and meet specific criteria, including the following:

The document states that the NPS could make adjustments to the volunteer program to improve the effectiveness of the program and that “current NPS practice dictates that the use of qualified volunteers for lethal removal of wildlife in accordance with an approved management plan is not a recreational activity, does not involve the principles of fair chase, and does not allow volunteers to keep any part of the animal, including the meat.” It also says, “The NPS will salvage and donate meat when possible, following all applicable public health and government property guidelines.”
It also states that non-lethal techniques of control could be considered.
The complete Record of Decision is available at http://parkplanning.nps.gov/havo_ecosystem_rod.

YESTERDAY’S PUBLIC MEETING on Mayor Billy Kenoi’s proposed property tax increases drew seven testifiers islandwide. Residents viewed the Hilo meeting from Ocean View Community Center and other remote teleconferencing sites in Kona, Pahoa and Waimea.
While no one at Ocean View Community Center offered testimony, all of those testifying from other locations opposed the proposed increases. In Hilo, Marie Correa said property taxes should be “fair and equitable. How can you take a tax system that is broke and add 10 percent more?” Another testifier in Hilo cited “examples of disparity” in the system where exemptions on properties are more that 50 percent of their assessed values.
A resident in Waimea suggested that the county try to collect overdue taxes as a way to increase revenue. Gretchen Lambeth, a real estate agent in Kona, said that raising taxes will hurt sales, noting that inventory of lower prices houses has been depleted.
Ka`u’s Council member Brenda Ford, who opposes tax hikes, said she’s getting a lot of emails from constituents also in opposition, pointing out the west side of the island was hardest hit by the 2010 tax increases, according to Nancy Cook Lauer, of Stephens Media. “West Hawai`i also has fewer exemptions because homes tend to be newer and residents younger,” Ford said. See more at hawaiitribune-herald.com.
The County Council is scheduled to vote on the tax hike and proposed budget May 30.

THE PUBLIC UTILITIES COMMISSION has received responses to questions posed by Hawai`i County to the state Consumer Advocate regarding testimony on the proposed contract for `Aina Koa Pono to sell biofuel refined above Pahala from biomass grown in Ka`u to Hawai`i Electric Light Co.
“The Division of Consumer Advocacy accepts that the higher price of biodiesel is good for consumers and asserts that spreading the additional cost over a wider customer base by including HECO is beneficial public policy,” Hawai`i County states. “Please explain the direct benefit to consumers and positive impact on their economic well-being from paying the Biofuels Surcharge—whether they are HECO or HELCO ratepayers.”
The Consumer Advocate replied, “It is unfair for O`ahu customers to rely upon the renewable energy resources from the neighbor islands, so that the HECO companies can meet the Renewable Portfolio Standards goals, but not have to pay for some portion of it. Another direct benefit occurs when biodiesel prices are less than ultra low sulfur diesel prices, which would mean that customers would actually see a potential downward adjustment in the adjustment clause.
“The proposal to have O`ahu shoulder the burden of incremental costs when the biodiesel is higher than diesel was offered in recognition of the larger customer base on O`ahu and the relative impact on spreading that incremental cost differential to O`ahu only and to a combined O`ahu/Hawai`i customer base…. In the absence of this contract, there is a possibility that HECO may be assessed penalties and, if such penalty is assessed, whether HECO’s ratepayers would either be directly affected by those penalties (i.e., those penalties included in the cost of service when determining rates) or indirectly affected (i.e., if not included in the cost of service, the cost of capital increased because of the financial markets perceiving a greater risk associated with the HECO companies due to the inability to recover such penalties from customers). 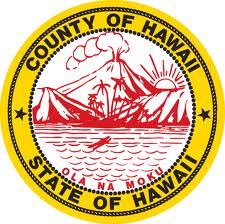 “The proposed contract results from the state’s energy policy seeking to transition to a clean energy future. It has been generally recognized that the transition to alternative sources of energy would result in immediate and near-term increases in utility bills but that, over time, as petroleum prices continue to increase, ratepayer benefits would be reaped through more stable, fixed pricing associated with alternative fuel and energy sources.
“The Consumer Advocate acknowledges the concerns being raised and, for those very reasons, have supported the need for programs such as the on-bill financing to facilitate the creation of measures that low-income customers can use to reduce the impact of the transition to a clean energy industry.
“Due to the energy policy seeking a transition to a clean energy economy, additional costs are being incurred, but those costs represent an investment in the future that, if properly made, should result in long-term benefits that should outweigh the immediate and near-term increases that may occur.
“The Consumer Advocate contends that the analysis in this proceeding should consider available alternatives. While the state is considering the feasibility of natural gas, it is not currently available, and the implication that recent structural declines in natural gas should be considered as an alternative does not seem appropriate. The Consumer Advocate is not aware of any proposals that were more cost effective than AKP's proposal. Further, the Consumer Advocate contends that historically the ... forecast for petroleum underestimated the price increases.
“County of Hawai`i appears to imply that Hawai`i should continue to rely upon petroleum as the fuel source for much of Hawai`i’s generation. This is contrary to the state’s energy policy and the statutory RPS requirements. The reduction in Hawai`i’s dependence on imported petroleum is one of the main tenets of the ... legislation.
More testimony will be covered in future Ka`u News Briefs. All testimony is available at puc.hawaii.gov.

HULA HALAU KE `OLU MAKANI O MAUNA LOA performs this evening at 6:30 p.m. at Kilauea Visitor Center Auditorium in Hawai`i Volcanoes National Park. The halau has participated in many competitions, festivals and other events throughout the state of Hawai`i, the U.S. mainland and Japan. Its goal is to perpetuate the Hawaiian culture, protocol and history through song and dance and instill confidence, respect and responsibility in the dancers. Free; park entrance fees apply.

ALSO SEE KAUCALENDAR.COM AND FACEBOOK.COM/KAUCALENDAR.
Posted by The Ka`u Calendar at 11:58 AM Links to this post