THE COVID-19 DETECTOR DOG COBRA IS ON THE SCENE AT VOLCANO SCHOOL OF THE ARTS & SCIENCES and two additional public charter schools on Hawaiʻi Island. They are participating in a COVID-19 Detector Dog project as part of a Hawaiʻi PK-12 Research & Development Consortium curriculum development and citizen science project.
Over an eight-week period, students at The Volcano School of Arts & Sciences, at Innovations in Kailua-Kona and at Ka ʻUmeke Kāʻeo in Keaukaha receive mask screenings for COVID-19 by the scent-detection dog. Some students learn about canine scent detection science, detector dog handling and training, emotional intelligence and empathy, and animal career opportunities.
Cobra, the eight-year-old Belgian Malinois from Innovation Detection Concepts of Redland Ahead, Inc., is conducting weekly on-campus screenings and demonstrations in May at Volcano School and the other charter schools.
Cobra started her career detecting the Laurel Wilt disease that was killing avocado trees in Southern Florida. She is also trained to detect Rapid ʻŌhiʻa Death in Hawai'i. When the pandemic hit, Cobra was trained to detect COVID-19 on an exhaled breath method developed to 98 percent accuracy by Florida International University’s International Forensic Research Institute.
Volcano School fifth-grade teacher Kris Wolfgang, a Hawaiʻi PK-12 Research & Development Consortium Curriculum Team member, said VSAS students are engaged in interactive citizen science using canine scent-detection for COVID-19; some are even serving as animal handler assistants.
Kalima Kinney, Volcano School Principal, said that in addition to screening for COVID-19, the intent of this project is to improve student engagement and learning outcomes via education about working dog capabilities and the science behind working dogs. “We also hope the project will stimulate expanded use of canine detection for human, animal, and plant disease in Hawaiʻi for both prevention and management, and even lead to future job development opportunities for local youth, particularly Native Hawaiians and Pacific Islanders,” she said.
Demonstrations and presentations may be available to other schools and venues; call VSAS at (808) 985-9800.
Funding sources and key partners are: the Governor David Ige GEER Innovation Award, The Volcano School of Arts & Sciences Public Charter School, Innovative Detection Concepts, Redland Ahead, Inc., Florida International University, Akaka Foundation for Tropical Forests, Ka ʻUmeke Kāʻeo Public Charter School in Keaukaha, Innovations Public Charter School in Kailua-Kona, and Mt. View Elementary. School.
To read comments, add your own, and like this story, see www.facebook.com/kaucalendar/. See latest print edition at www.kaucalendar.com. See upcoming events at https://kaunewsbriefs.blogspot.com/2022/04/upcoming-events-for-kau-and-volcano.html 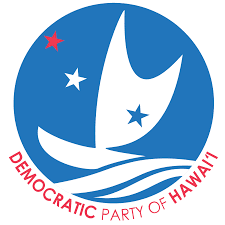 A KITV SOCIAL MEDIA "POLL" ON  GUBERNATORIAL RACE PREFERENCES has been taken off KITV's internet sites. On May 16, The Ka'u Calendar News Briefs reported on the KITV "May 7-8 "poll," which stated that responders supported Kai Kahele by 41.3 percent, Josh Green by 28.2 percent, undecided 24.5 percent, and Vicky Cayetano 6 percent for the Democratic Party ticket.
KITV News Director Janice Gin explained. She said the day that Kai Kahele announced his candidacy, the early morning KITV anchor invited the audience to make their choices for the Democratic nominee for governor on twitter and instagram. Results were presented as a "poll." The News Director said that KITV took down the results soon after presenting them because they are unscientific. The question was not asked by an independent polling organization and responses represented those people watching KITV at the time, who were willing to go onto instagram and twitter to state their preferences. She said it was an error to raise the question about the governor's race, without engaging in a scientific polling process.
The question of the accuracy of the "poll" was brought to the attention of The Ka'u Calendar by the Green campaign staff.
To read comments, add your own, and like this story, see www.facebook.com/kaucalendar/. See latest print edition at www.kaucalendar.com. See upcoming events at https://kaunewsbriefs.blogspot.com/2022/04/upcoming-events-for-kau-and-volcano.html 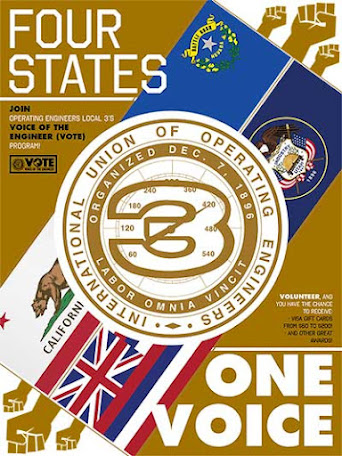 THE JOSH GREEN CAMPAIGN, THURSDAY, ANNOUNCED AN ENDORSEMENT FOR HIS RUN FOR GOVERNOR. The endorsement comes from the AFL-CIO's Operating Engineers Local 3, a trade union founded in 1939 with members in Hawai'i, Nevada, California and Utah.
The statement from Green's campaign team notes that Operating Engineers Local 3 is the largest construction trades local in the United States. It says the organization has more than 37,000 members in Hawai'i, California, Nevada and Utah. Most are heavy equipment operators, mechanics, surveyors, construction inspectors, highway maintenance workers, police officers, and more than 6,800 workers employed by cities, counties, and special government districts in the four states.
Green said, "I am proud to receive this endorsement from the men and women of Operating Engineers Local 3. Every day, members of Local 3 are building our future — constructing new infrastructure to keep our communities connected, maintaining our highways, and working to keep our cities, counties, people, and economy moving." Green said, "They help make progress possible in Hawai'i." The union's slogan is, "We Make Progress Possible."
Ana Tuiasosopo, District Representative for Local 3, said Green provides consistent support of working people. "Operating Engineers Local 3 endorses and supports Josh Green for Governor because he believes in organized labor and the benefits it brings to the working families of Hawai'i. He has a plan to address Hawai'i's housing crisis, which includes streamlining development and working with construction industry stakeholders to aid in that effort. Dr. Green has the compassion and leadership skills required to lead Hawaii forward and be our next Governor."
Green said, "For more than 75 years, Operating Engineers Local 3 has been standing up for the rights of workers, and if elected Governor, I will continue to support Hawai'i's working men and women as we take on our biggest challenges, including access to healthcare, quality education for our keiki, and the need for more affordable housing across our state so our next generation can have a future here."


To read comments, add your own, and like this story, see www.facebook.com/kaucalendar/. See latest print edition at www.kaucalendar.com. See upcoming events at https://kaunewsbriefs.blogspot.com/2022/04/upcoming-events-for-kau-and-volcano.html
THE KAI KAHELE CAMPAIGN FOR GOVERNOR ANNOUNCED THURSDAY: "LET'S GET IT STRAIGHT! KAI IS A UNION MEMBER!" The Kahele campaign statement said, "We want to make it absolutely clear that we are not against organized labor. We are, however, against the special interests and big money that some organizations pour into Hawaiʻi politics to control our voting block and marginalize our working class.
"That is why Kai is running. He's running to make this election about people and hard-working families. About our working-class – our kuaʻāina – who continue to be adversely affected by big outside money and their agenda. Organized labor was conceived to give a voice to the average worker. To ensure that they were protected and compensated in such a way that they could care for their 'ohana."
The Kahele campaign stated that "Kai was born into a union. His mother was a union flight attendant. His wife is now a union flight attendant. And he is a proud union pilot."
The statement said that as a U.S. congressman, Kahele "fought to strengthen union protections." It said he "was a staunch advocate and champion for the PRO Act, also known as the Protecting the Right to Organize Act of 2021, which expanded various labor protections related to employees' rights to organize and collectively bargain in the workplace." The statement said that Kahele "knows the importance of organized labor and will always be an advocate for trade and labor unions, even getting necessary funding in the infrastructure law.
"That's why we were able to gain the support of the Ironworkers Union Local 625 and Plasterers & Cement Masons Local 630, even though we entered the race 'late.' They were waiting for a candidate who knows what it's like to fight for better wages and a safer working environment, not one who hasn't walked the line or stood up against inequality.
"Kai is different. He's not asking for a single dollar from his union supporters. All he's asking is how he can help? There is no one in this race willing to do that. No one cares more about the worker rather than the organization. That's special."
To read comments, add your own, and like this story, see www.facebook.com/kaucalendar/. See latest print edition at www.kaucalendar.com. See upcoming events at https://kaunewsbriefs.blogspot.com/2022/04/upcoming-events-for-kau-and-volcano.html
THE TEACHING ASIAN PACIFIC AMERICAN HISTORY ACT was introduced Thursday into the U.S. Senate by Sen. Mazie Hirono, during the Asian American Pacific Islander Heritage Month of May. She led nine of her Senate colleagues to introduce the bicameral legislation to promote teaching of Asian Pacific American history for high school students and teachers who enroll in the U.S. Department of Education's American History and Civics Academies programs.     A statement from Hirono's office contended that "Asian and Pacific Islander American individuals and communities, which includes Native Hawaiians, have largely been excluded or erased from American history for generations. This legislation would take a step towards solving that problem by requiring non-profits that receive grants through the Department of Education's American History and Civics Academies—programs that provide workshops to teachers and courses for students—to teach Asian Pacific American history as part of their curriculum. In doing so, this legislation would not only directly teach our high school students who enroll in these non-profit programs, but also encourage more K-12 teachers across the country to include APA history in their own classrooms."
Hirono said, "When it comes to teaching Asian and Pacific American history in public schools, our communities are rarely—if ever—mentioned. If not invisible, APIA groups are often pejoratively depicted as foreigners, instead of people who have lived in and positively contributed to this country for generations—fueling longstanding xenophobia and racism against our communities.

"Given the rise in anti-Asian hate crimes, it is more critical than ever before that we accurately portray the many achievements and contributions of our communities, as well as the racism and prejudice that APIAs have endured for decades in schools across the country. We have a long way to go—but this bill is a step toward making APA history part of the conversation," said Hirono. 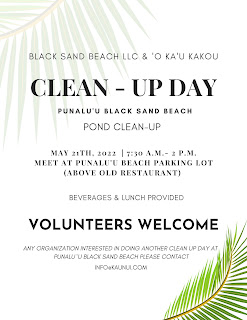 To read comments, add your own, and like this story, see www.facebook.com/kaucalendar/. See latest print edition at www.kaucalendar.com. See upcoming events at https://kaunewsbriefs.blogspot.com/2022/04/upcoming-events-for-kau-and-volcano.html
A PUBLIC VOLUNTEER CLEANUP OF PUNALU'U BLACK SAND BEACH POND will be sponsored this Saturday, May 21 by the O Ka'ū Kakou community group and Black Sand Beach, LLC. The cleanup is from 7:30 a.m. to noon, with a free lunch for volunteers, including pizza from Black Sand Beach, LLC's food truck and fresh salad from OKK, grown at Ulu Ka'ū Farm. Also volunteering are some of the homeowners at Colony I at Punalu'u. The public is invited.
SEE UPCOMING EVENTS IN KAʻŪ & VOLCANO
at https://kaunewsbriefs.blogspot.com/2022/04/upcoming-events-for-kau-and-volcano.html
LEARN MORE ABOUT SPONSORS OF THE KAʻŪ CALENDAR
at http://kaunewsbriefs.blogspot.com/2022/05/sponsors-of-kau-calendar.html 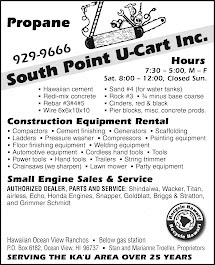