THE PUBLIC MEETING ON OPTIONS FOR PĀHALA'S LONG-DEBATED WASTEWATER TREATMENT SYSTEM will be held tomorrow, Wednesday, March 16 at 6 p.m. at Pāhala Community Center. The county's Department of Environmental Management will host the session for public involvement and issued a statement earlier this month saying:
"Hawai‘i County entered into an administrative order on consent with the United States Environmental Protection Agency to close the existing Pāhala Large Capacity Cesspools and provide secondary wastewater treatment to Pāhala residents. In January 2021, the (Mayor Mitch) Roth administration determined that the (proposed) Lagoon Wastewater Treatment system was excessively expensive, inefficient, disruptive, and ultimately unfeasible. Hawai‘i County has requested approval from EPA to take a new path, and is gathering community input on its proposal. Representatives from DEM and other departments will be present to answer questions about ongoing efforts to update the connections to the houses currently connected to the large capacity cesspools."
In the meantime, the county remains in the process of acquiring land through condemnation in Pāhala for a sewage treatment plant, as required by the EPA, while alternatives are researched and brought before the public and EPA. The Kamehameha School land is 14.9 acres at the corner of Maile Street and Hwy 11 and is being subdivided from a larger piece.
To read comments, add your own, and like this story, see www.facebook.com/kaucalendar/. See latest print edition at www.kaucalendar.com. See upcoming events at https://kaunewsbriefs.blogspot.com/2022/03/upcoming-events-for-kau-and-volcano.html
HAWAI'I' STATE GOVERNMENT IS THE LEAST DEPENDENT ON FEDERAL MONEY, among all 50 states, according to a WalletHub study released this week. The metric calculates federal funding as a share of state revenue. It reflects the proportion of state revenue that came from the federal government in the form of intergovernmental aid in 2019.
WalletHub reports that Hawai'i's citizens are the eighth most dependent on federal money. The metic was calculated by dividing federal funding in U.S. dollars by IRS collections from Hawai'i taxpayers in U.S. dollars. The metric also includes the share of federal jobs in Hawai'i.
Overall, Hawai'i is rated 26th in dependency on the federal government, according to WalletHub. Alaska is the most federally dependent, followed by Mississippi, Kentucky, West Virginia, Montana, New Mexico, Arizona and Louisiana. See the study at http://wallethub.com/edu/states-most-leastdependent-on-the-federal-government/2700.
To read comments, add your own, and like this story, see www.facebook.com/kaucalendar/. See latest print edition at www.kaucalendar.com. See upcoming events at https://kaunewsbriefs.blogspot.com/2022/03/upcoming-events-for-kau-and-volcano.html 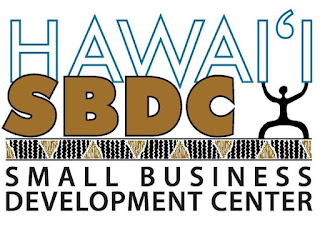 HOW TO START A BUSINESS IN HAWAI'I is the topic of a webinar on Wednesday, March 23, from 10 a.m. to 11:30 a.m., sponsored by Hawai'i Small Business Development Center. The organizers of the event ask the following: Have you ever thought about owning your own business? "How do you go about doing that . . .Deciding on a type of business entity? Setting up your business?Finding the money to start? Identifying your customers and marketing your product or services? Coming up with a business plan? Finding a system for keeping track of all that money you'll be making? We can help you answer those concerns and identify the resources you'll need to help you move forward."
Register and pay the $15 fee for the webinar with Hawi'i Small Business Development Center at: https://clients.hisbdc.org/workshop.aspx?ekey=5420007. See more at www.hisbdc.org.
To read comments, add your own, and like this story, see www.facebook.com/kaucalendar/. See latest print edition at www.kaucalendar.com. See upcoming events at https://kaunewsbriefs.blogspot.com/2022/03/upcoming-events-for-kau-and-volcano.html 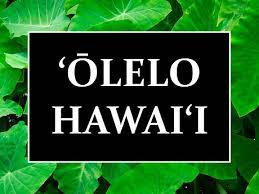