WHAT HAPPENS IN UKRAINE IS IMPORTANT HERE, says Hawaiʻi State Rep. Patrick Pihana Branco, a former diplomat. He issued a warning today about possible effects of the crisis in Europe on the rest of the world, including Hawai'i. He wrote: “Prior to serving in the Hawaiʻi State Legislature, I worked to defend American values across the world as a Diplomat in the U.S. State Department, and served in some of the most volatile regions of the world. But no matter where I served, there was always one particularly pervasive factor working against our diplomatic efforts: Russia.
“I experienced Russia’s hostile influence directly, when we received information in the Office of the Special Representative for Afghanistan, that Russia was paying bounties to the Taliban for the killing of American soldiers, and again while stationed in Venezuela and saw Russia’s financial and military aide thwart a popular uprising that just barely failed to oust the brutal dictator Nicolas Maduro from power.
“Now the world is witnessing a new Russian-made crisis. Last night, we watched in horror as on the ground updates came from Ukraine during Russia’s unprovoked and unjustified deadly assault. In the span of just a few hours, Russia fired more than 100 missiles into Ukrainian territory, targeting Ukraine’s government and military capabilities, and causing the deaths of dozens of Ukrainian soldiers and civilians. Russian President Vladimir Putin now intends to attempt to seize key population centers, decapitate Ukraine’s government, and install his own hand-picked regime in its place.
“Putin is attempting to upend the post-Cold War order, and has plunged Europe into its gravest security crisis since WWII. We’re now witnessing a war in Europe on a scale that we had hoped would be left to the ash heap of history.
“For those of us living in Hawaiʻi, it may be tempting to think “Why should I care about a conflict happening almost 8,000 miles away—halfway around the world?” But I’m telling you, it’s imperative that you do. 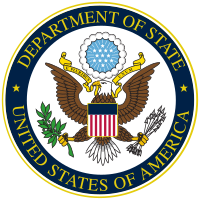 “Ukraine is fighting to enjoy the same basic rights that Americans are promised at birth: free speech, security in a democratic society, and equal protection under the law. Ukraine’s courage to defend its democracy threatens despots like Putin, and if the United States did not respond vigorously to Russia’s attack, it would only embolden our other adversaries around the world to challenge the delicate global security order. Given Hawai'i’s strategic position in the Pacific, this would put our state at particular risk to the provocations of an emboldened China or The Democratic People’s Republic of Korea.
“President Biden is right to move forward on a devastating package of sanctions and other economic measures to hold Russia accountable. He is spelling out clearly to Putin and his gang of oligarchs that there is a dire cost to needless bloodshed, and efforts to destabilize America’s allies and its alliances.
“This crisis is still developing, and the situation on the ground is going to change quickly over the coming days and weeks. Russia’s disinformation campaigns will go into overdrive, and it’s more important than ever to only trust information on this crisis that is verified and reported by trusted news sources.
“While no one knows how this crisis will ultimately be resolved, it’s more important than ever that we put our political differences aside, and come together as Americans to stand for our values and our ally’s struggle for freedom. The peace, safety, and livelihoods of millions depend on it.”
To read comments, add your own, and like this story, see www.facebook.com/kaucalendar/. See latest print edition at www.kaucalendar.com. See upcoming events  at https://kaunewsbriefs.blogspot.com/2022/03/upcoming-events-for-kau-and-volcano.html.

FORTUNE MAGAZINE POINTED TO HAWAI'I TODAY as the state that would likely see the highest gas price increases due to its dependence on Russian oil. "Hawaiians, more than residents of any other state will likely see higher gasoline and energy costs due to Russia's Ukraine war and the resulting soaring oil prices," according to Fortune writer Nicold Goodkind. She wrote today that the U.S. Energy Information Administration lists Hawai'i as the "most petroleum-dependent U.S. state." The story says
Hawai'i "is an anomaly among U.S, states. It imports several million barrels of Russian crude oil annually, accounting for 10 percent to 25 percent of Russian crude shipments to the U.S. depending on the year.
Fortune reports that renewable energy projects face delays and setbacks in Hawai'i. Oil plants are part of the fallback plan to keep the lights on for O'ahu residents until those setbacks are sorted out. She quotes the chair of Hawai'i Public Utilities Commission Jay Griffin, saying, "We have warned about leaving the cost of this transition up to world oil markets, and this week's events are another reminder of the price we pay for oil dependence."
The story also points to the Jones Act that restricts transportation between U.S. ports to ships that are largely owned, staffed and manufactured by people in U.S. That leads to buying oil and other commodities and goods directly from overseas, to avoid the high cost of shipping from the mainland. The only refinery in Hawai'i announced today it is canceling orders from Russia.
"Under Hawai'i's utility regulations, the cost of fuel is passed on to customers. That means Hawaiian could soon see a significant increase in their energy bills," reports Fortune. See www.fortune.com.
To read comments, add your own, and like this story, see www.facebook.com/kaucalendar/. See latest print edition at www.kaucalendar.com. See upcoming events  at https://kaunewsbriefs.blogspot.com/2022/03/upcoming-events-for-kau-and-volcano.html.
GRASSROOT INSTITUTE OF HAWAI'I IS ASKING PRES. JOE BIDEN FOR A ONE YEAR EXEMPTION TO THE JONES ACT, "in response to the parent company of Par Hawai'i deciding to suspend Russian oil imports to Hawaii." Grassroot Institute Pres. Keli'i Akina pointed to the "vulnerability created by Hawai'i's excessive dependence on foreign oil sources. This dependence is largely a consequence of the U.S. maritime law known as the Jones Act." 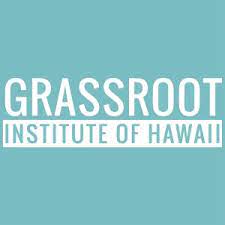 Akina notes that "The Jones Act requires all goods shipped between U.S. ports to be on ships that are U.S. flagged and built, and mostly owned and crewed by Americans. As a practical matter, this has made it more expensive to ship goods on Jones Act carriers than foreign vessels. Thus, Hawai'i has become almost wholly dependent of foreign-sourced oil, even though generally it would be cheaper to buy U.S. oil, if not for the Jones Act."
Par Hawai'i's parent company, Par Pacific Holdings "became the first U.S. refiner company to halt Russian oil imports in response to the conflict in Ukraine," reported Akina - quoting Reuters.  He also pointed out that on March 1, the Wall Street Journal noted that "Hawai'i annually imports several million barrels of Russian crude oil. Depending on the year, this accounts for roughly 10% to 25% of Russian crude shipments to the U.S." One reason, according to Wall Street Journal, ""is the 1920 Jones Act. As usual with protectionism, this is expensive, and it's especially hard on outlying areas like Hawai'i." See Grassrootinstitute.org.
To read comments, add your own, and like this story, see www.facebook.com/kaucalendar/. See latest print edition at www.kaucalendar.com. See upcoming events  at https://kaunewsbriefs.blogspot.com/2022/03/upcoming-events-for-kau-and-volcano.html. 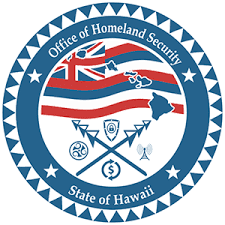 THE STATE OF HAWAI'I OFFICE OF HOMELAND SECURITY SENT OUT A PUBLIC MESSAGE TODAY, in wake of continued geopolitical tensions and related cybersecurity attacks affecting Ukraine and other countries in the region. State Homeland Security "has been working hand-in-hand with our partners to identify and rapidly share information about cybersecurity threats that could threaten the operations of critical infrastructure in Hawai‘i. Our state, local, and private sector partners in the state, and our long-time local and nationally-based Federal partners are all working together to help organizations reduce their cyber risk," says the statement.
The Office of Homeland Security request any incidents or abnormal activity related to this message be reported through the Hawai‘i State Fusion Center at hsfc@hawaii.gov 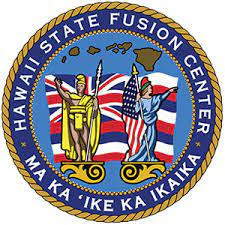 in addition to reporting to Cybersecurity Infrastructure Security Agency (CISA) at us-cert.cisa.gov, Central@cisa.dhs.gov, or 888-282-0870 and/or to the FBI via local FBI field office, or FBI’s 24/7 CyWatch at 855-292-3937 or CyWatch@fbi.gov. "The Hawai‘i State Fusion Center develops, produces, and shares intelligence and other actionable information central to preventing cybersecurity incidents, as well as responding to those that do occur," the message says.
“While there is no specific, credible threat to Hawai‘i at this time, we encourage all organizations—regardless of size—to heed the Department of Homeland Security’s recommendations and adopt a heightened posture when it comes to cybersecurity and protecting their most critical assets,” said Frank Pace, Administrator, Hawai‘i Office of Homeland Security.
Pace recommended:
Reduce the likelihood of a damaging cyber intrusion by keeping networks secure, ensuring software is up to date by prioritizing updates that address known exploited vulnerabilities identified by CISA, and confirming with IT that all non-essential ports and protocols have been disabled. If your organization uses cloud services, confirm that IT personnel have reviewed and implemented strong controls outlined in CISA’s guidance. Make sure to also sign up for CISA’s free cyber hygiene services. 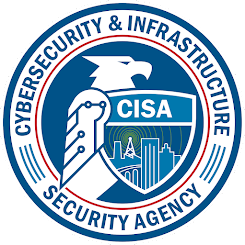 Take steps to quickly detect a potential intrusion by ensuring that cybersecurity/IT personnel are focused on identifying and assessing unusual behavior and confirming that your entire network is protected by antivirus/antimalware software with updated signatures.
Ensure that the organization is prepared to respond if an intrusion occurs by designating a crisis-response team, assuring that key personnel will be available in response to an incident, and conducting a tabletop exercise to ensure that all crisis-response personnel understand their roles.
Maximize the organization’s resilience to a destructive cyber incident by testing backup procedures to ensure that critical data can be rapidly restored, ensuring that backups are isolated from network connections, and conducting tests of manual controls to ensure that critical functions remain operable if the network is unavailable or untrusted.
CISA urges cybersecurity/IT personnel at every organization to review Understanding and Mitigating Russian State-Sponsored Cyber Threats to U.S. Critical Infrastructure. CISA also recommends 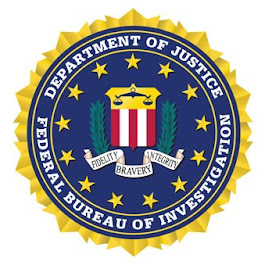 organizations visit StopRansomware.gov, a centralized, whole-of-government webpage providing ransomware resources and alerts.    “The Hawai‘i Office of Homeland Security continues to share information with our public and private sector partners and encourage them to report any suspicious activity,” said Pace. “We ask that organizations continue to secure their systems to minimize the impacts of an incident should one occur. We are committed to building trust, growing partnerships, and collaboration at all levels of government, across civil society, and within our communities to combat all forms of cybersecurity attacks.”
To read comments, add your own, and like this story, see www.facebook.com/kaucalendar/. See latest print edition at www.kaucalendar.com. See upcoming events  at https://www.blogger.com/blog/post/edit/8771374960502262788/6752152917357728426.
SEE UPCOMING EVENTS IN KA'U AND VOLCANO
at https://kaunewsbriefs.blogspot.com/2022/03/upcoming-events-for-kau-and-volcano.html.
Posted by The Ka`u Calendar at 9:53 PM