THE LAVA LAKE DROPPED 23 FEET. NEW LAVA BROKE OUT ON HALEMA'UMA'U CRATER FLOOR AND SOME 20 EARTHQUAKES SHOOK BENEATH KILAUEA SUMMIT between 3 p.m. and 6 p.m. on Tuesday. USGS Hawaiian Volcano Observatory reported that "Most earthquakes in this swarm occurred approximately 1 mile (1.5 kilometers) beneath Halemaʻumaʻu. The largest recorded earthquake was a magnitude 2.9, with the majority of the earthquakes being less than magnitude 2.
"A rapid inflation of Kīlauea summit began around 4:20 p.m., coincident with a drop of 23-feet (7-meters) in the lava lake level. The crater floor surrounding the lava lake also subsided by several yards (several meters). New surface breakouts of lava occurred on the west and north margins of the crater floor. Approximately 12 microradians of inflationary ground tilt was measured at the UWE instrument over the following hour."
Only minor ground deformation was recorded at Kīlauea summit after 5:30 p.m.. "Earthquake activity has returned to near background levels as of 6 p.m," reported USGS. "All activity was restricted to the summit region and there is no indication of activity migrating into either rift zone."
USGS explained that "This activity likely represented a temporary blockage in the eruption of lava 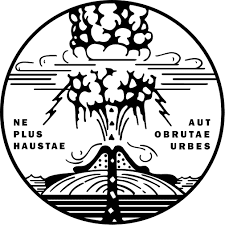 at Halemaʻumaʻu, causing pressurization below the surface. This resulted in the earthquakes and ground inflation. Once the blockage was cleared, eruption of lava resumed with new breakouts occurring on Halemaʻumaʻu crater floor."
HVO scientists promised to continue to closely monitor Kīlauea’s summit and rift zones and issue daily updates and additional messages as needed. The next update is set for Wednesday morning unless significant changes occur.
To read comments, add your own, and like this story, see www.facebook.com/kaucalendar. See latest print edition at wwwkaucalendar.com. See upcoming events at https://kaunewsbriefs.blogspot.com/2022/04/upcoming-events-for-kau-and-volcano.html.
A FATAL HIT AND RUN HAS LED TO A MANHUNT for Alfredo Natividad, of Ocean View. He allegedly struck and killed 59-year-old Elias Anaya Padilla with a pickup truck Monday in Ocean View. Police describe the 67-year-old suspect as Hispanic, 5-foot-9 inches tall, 210 pounds, with black hair and brown eyes. 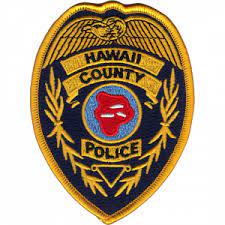 Hawai'i Police Department reports that at about 4:55 p.m., Natividad was heading out of a driveway near the intersection of Sea Breeze Parkway and Bamboo Lane when his truck injured and killed Padilla, who apparently leaned into the truck or held onto it. Natividad fled. The two men had been involved in a verbal dispute immediately before the fatal incident.
Padilla was pronounced dead at Kona Community Hospital at 8:12 p.m., becoming the 27th official traffic fatality this year compared to 16 at this time last year.
HPD opened a negligent homicide investigation and ask any witnesses to contact Officer Adam Roberg at (808) 326-4646, ext. 229, or adam.roberg@hawaiicounty.gov. Those who prefer to remain anonymous, call Crime Stoppers at (808) 961-8300.

To read comments, add your own, and like this story, see www.facebook.com/kaucalendar. See latest print edition at wwwkaucalendar.com. See upcoming events at https://kaunewsbriefs.blogspot.com/2022/04/upcoming-events-for-kau-and-volcano.html.
ALLOWING A BIGGER BAG LIMIT FOR PIG HUNTING SEVEN DAYS A WEEK could be a boon to hunters and cut down pig destruction of farmer food crops and backyards, as well as the native forest. That's the thinking for a possible test plan in Puna that could serve as a model for state lands in Ka'u and throughout the islands.
The state Department of Land & Natural Resources will hold a hearing on the proposal this Friday for the Nanawale, Malama Ki and Keauohana Forest Reserves. The bag limit for pigs would go from two to four per hunter per day. Currently, the bag limit is two and hunting is restricted to weekends and holidays 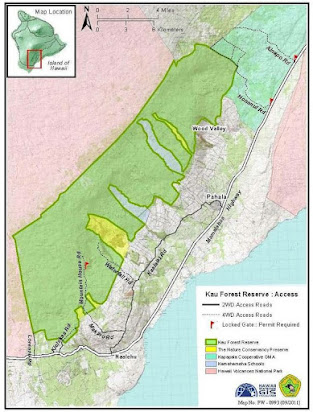 for the Puna Forest Reserves. The hearing will be available to watch at youtube.com/c/boardoflandandnaturalresourcesdlnr.
Taking the lead on proposing daily hunting is the Hawai'i County Game Management Advisory Commission, and also Hawaiian Shores Community Association, led by Eileen O'Hara, a former County Council member and agriculture instructor at University of Hawai'i-Hilo.
In a Hawai'i Tribune Herald story on Tuesday by Michael Brestovansky, O'Hara points to an islandwide explosion of the pig population and notes pigs digging up yards and threatening people and their pets strolling in residential areas. She also suggests development of a local pork industry, saying “tourists would love to take home some authentic Hawaiian smoked pig.” She noted that that the wild pig population is likely infected with brucellosis bacteria, but that thorough cooking kills it. O’Hara also reported that the nonprofit Malama O Puna is seeking grants from the county Department of Research & Development for such projects as a Pig Brig, to set up live traps that can catch and hold entire sounders of pigs.
In Kaʻū, bag limits in the 61,000-acre Ka'u Forest Reserve and 37,276 -acre Kapapala Forest Reserve are two pigs, one goat and one sheep per hunter per day, with no seasonal  limit. Hunting is allowed daily with rifle, muzzleloader, shotgun, handgun, archery, spears and knives. Dogs are permitted. At Manuka, the 25,000-acre reserve in South Kona on the edge of Kaʻū, there are no bag limits. Hunting is allowed daily.
See more in Hawai'i Tribune Herald at https://www.hawaiitribune-herald.com/2022/09/20/hawaii-news/hunting-rules-could-be-eased/ utm_source=newsletter&utm_source=email&utm_campaign=daily_news
To read comments, add your own, and like this story, see www.facebook.com/kaucalendar. See latest print edition at wwwkaucalendar.com. See upcoming events at https://kaunewsbriefs.blogspot.com/2022/04/upcoming-events-for-kau-and-volcano.html.
HAWAI'I IS THE HAPPIEST STATE FOR 2022, according to WalletHub. Hawai'i ranks first in Emotional & Physical Wellbeing, seventh in Community & Environment, and 17th in Work Environment. WalletHub reports that Hawai'i has the lowest count in Depressed Adults. It's third in Share of Adults 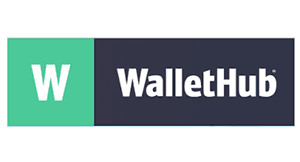 Feeling Active & Productive; fourth in the lowest number of Separation & Divorce Rates, 11th lowest in Suicide Rate; 13th in Safety; 24th in the lowest Number of Work Hours;  and 30th in Income Growth.
Hawai'i's worst metric was ranking 49th in states with residents getting the least amount of sleep.
The report says that nationwide, 87 percent of Americans feel anxious or very anxious about inflation. The analysis aimed to determine where Americans have the highest satisfaction with life and the Aloha State came out on top. For the full report, visit: https://wallethub.com/edu/happiest-states/6959
To read comments, add your own, and like this story, see www.facebook.com/kaucalendar. See latest print edition at wwwkaucalendar.com. See upcoming events at https://kaunewsbriefs.blogspot.com/2022/04/upcoming-events-for-kau-and-volcano.html.
A STRATEGIC ROADMAP FOR HOMELESSNESS & HOUSING was released Tuesday by the County of Hawai‘i Office of Housing & Community Development. OHCD presented the plan to the Hawai‘i County Council Committee on Governmental Operations, Relations, and Economic Development.     In March, the Council passed, and Mayor Mitch Roth signed, Ordinance 22-26, "which appropriates unprecedented funding to address the pressing issues of homelessness and housing on our island," said a statement from County Housing. Through Resolution 442, adopted on July 19, the Council requested that OHCD first develop and submit a Roadmap by

September, setting forth priorities and intentions. According to OHCD, it partnered with OrgCode, a consulting group focused on homelessness, to design an outreach process and approach that ensured those on the front lines selected potential investments for the funding. "As a result, the priorities identified in the Roadmap document are determined entirely by the community through input from critical stakeholders most intimately involved with homelessness work and experiences." See more about the consultant at www.orgcode.com.
The mayor said, “We would like to commend the work of Administrator Kunz and her staff for their commitment to making this roadmap a true community effort. Our administration understands the need to involve stakeholders in these critical discussions and is truly grateful to the community for their willingness to come together and tackle some of the most challenging issues facing our County.”
Four focus group sessions were conducted over two weeks to gather this input, culminating in a cross-sector convening August 12. Outreach was made to 156 individuals, with 115 community members attending the sessions. The stakeholders engaged covered a broad range of representation, including homelessness service providers (such as shelter, mental, behavioral health, and substance abuse treatment staff), those with lived experience in being unsheltered, business, philanthropy, landowners, developers, government, and public safety. Further details of the community engagement conducted are described in the Roadmap provided to the Council. See more in upcoming Kaʻū News Briefs story.
“It was important for our administration that a vision and path forward on homelessness come directly from the community voices who are most closely involved,” said Susan Kunz, Office of Housing & Community Development Administrator. “We are grateful to those who took the time to share their experiences and ideas. Everyone who participated came solution-oriented. This Roadmap is another step in the County’s work to help the most vulnerable in our community and ensure that homelessness is rare, brief, and non-recurring.”
Following comments from the Council Committee, OHCD will develop a Request for Proposal process to solicit organizational capacity that will assist the County in carrying out initiatives and programs incorporating the priorities within the Roadmap selected by the community.