HAWAI'I VOLCANOES DISASTER RECOVERY PROJECT'S ENVIRONMENTAL ASSESSMENT goes to a public meeting this Wednesday, July 27 at noon. The meeting will be virtual and will begin with Hawaiʻi Volcanoes National Park presenting plans for the recovery from the 2018 disaster, when infrastructure in the park was destroyed and compromised by earthquakes during the Kilauea eruption. The 2018 eruption and caldera collapse were the most destructive eruptive events in Hawai‘i in the last two centuries, and the park closed to the public for 134 days.  The project will include plans for visitor service and administrative sites and addresses potential future use of the Uēkahuna Bluff area where Jaggar Museum and Reginald T. Okamura building of the USGS Hawaiian Volcano Observatory facility were damaged beyond use. See the plan at:
https://parkplanning.nps.gov/document.cfmparkID=307&projectID=92891&documentID=121856
To join the webinar, go to swca.zoom.us, or join by phone, toll-free: (888) 475-4499. The webinar ID is 955 6987 2923. The meeting will be recorded and a link to the recording will be posted on the project website: parkplanning.nps.gov. A statement from the National Park Service says that, "Participants will be able to learn more about the environmental assessment (EA) for the project, have discussions with Hawaiʻi Volcanoes National Park and U.S. Geological Survey staff, and provide input."
Those who can't make the meeting are invited to review and submit input on the environmental assessment before July 31 at 7:59 p.m. in the following ways:
• Online through the NPS Planning, Environment, and Public Comment website: parkplanning.nps.gov. The PEPC website hosts the EA and detailed project information.
• Phone: Callers can leave a detailed message or request someone calls them back by calling a dedicated phone line, (808) 460-6212.
The meeting is being held because a noon virtual meeting last Thursday experienced technical difficulties. The 6 p.m. meeting last Thursday was held as scheduled.
To read comments, add your own, and like this story, see www.facebook.com/kaucalendar. See latest print edition at wwwkaucalendar.com. See upcoming events at https://kaunewsbriefs.blogspot.com/2022/04/upcoming-events-for-kau-and-volcano.htm
FOUR OF THE DEMOCRATS RUNNING FOR U.S CONGRESS, hoping to represent Kaʻū and all of rural Hawaiʻi, came to Nāʻālehu on Saturday. They explained how each would use that position to help the people of Kaʻū, if elected, by answering questions in a talk story at Punalu'u Bake Shop.
The four were Patrick Branco, Nicole Gi, Brendan Schultz and Steve Sparks. The forum was organized by Kaʻū Voices. The audience submitted questions to the candidates, and all four were given the opportunity to answer each question in two minutes. Eleven questions were posed, covering issues ranging from the global to the very local. The candidates were also asked to open the forum by introducing themselves, and then conclude the discussion by summarizing their positions.
“How would you help our coffee farmers get more farm workers?” questioned an audience member. Gi replied that this is not a problem of resources, but of priorities, while Branco advocated a review of immigrant policies and an update of visa categories. Schultz pointed out that only corn and soy are subsidized while the federal government should be supporting producers of other crops. Sparks saw it as a major housing problem as workers do not earn enough to pay rent.
The question “Would you support expanding the Supreme Court and/or having term limits for justices?” was responded by Branco saying that the Court needs to have this conversation, while Schultz said the court should be expanded. Sparks pointed out that we need to balance term limits with stability, adding that people saw the power and over-reach of SCOTUS when it decided the outcome of Bush vs. Gore in lieu of counting votes. Gi advocated impeaching the justices who said they would not overturn Roe vs. Wade.
“How will you address the problem of plastic?” had Sparks saying it was tough to clean up the oceans and saw it as a business problem. Gi said that the solution to this issue was one of her biggest passions, and bemoaned the fact that the government continues to subsidize petroleum, which makes it all about money when it should be a bigger priority. Branco said that we need to reduce our consumption of plastics and do more to reshape our economy. Schultz advocated a carbon tax as an incentive for businesses to use environmental friendly options.
Chuckles were raised by the question, “For those who do not agree with you, how will you represent them?” Gi said she would look for common ground and treat people with compassion. Branco said he would offer strong leadership rooted in the community and try to bridge differences. Schultz said that politics should not be “team red” vs. “team blue”, but that government should help people. Sparks said he would listen to what people wanted and work for better lives.

“What is your bond to the Neighbor Islands?” was a question to which Schultz replied that he would look at an island’s needs and prioritize those needs. Sparks, who has lived and worked in Hilo and Puna for 27 years, replied that his bond is his family and friends here. GI, who lives on Kaua'i said that all neighbor islands are a priority for her. Branco pointed out that his parents live in Waimea on this island and that the congressional office will remain in Hilo and will not move back to Honolulu.  Rep. Kai Kahele was the first member of congress to put the rural Representative's office outside of O'ahu.
When the candidates were invited to give their closing remarks, Branco pointed out that the high cost of living is causing young people and kupuna to move away while the economy is going down. He pledged that, if elected, he would not seek another office during his term. Schultz pledged that he would fight for universal health care, Medicare for all and the ending of foreign wars. Sparks said that people need to be governed well and that he had authored an act that would reduce the national debt. Gi said citizens need honesty in politics and elected representatives need to do what is right and take a stand.
The successful candidate will serve as the U. S. representative for Hawaiʻi’s 2nd congressional district. This position was held by Tulsi Gabbard from 2013 to 2020, and by Kahele since 2021. Kahele resigned from the position to run for Governor of Hawai’i.
Each candidate referred to their web sites for further reading. They are:
https://patrickbranco.com/
https://brendanschultz.com/
https://stevesparksforcongress.com/
https://www.nicolegihawaii.com/
Kaʻū Voices' summary of the candidates’ background was published in The Ka’u Calendar News Briefs of July 17, which can be read at
https://kaunewsbriefs.blogspot.com/2022_07_17_archive.html
To read comments, add your own, and like this story, see www.facebook.com/kaucalendar. See latest print edition at wwwkaucalendar.com. See upcoming events at https://kaunewsbriefs.blogspot.com/2022/04/upcoming-events-for-kau-and-volcano.htm
THE 300 ACRE KA'ALU'ALU RANGE FIRE is out, according to witnesses, volunteers and firefighters who fought the blaze. It broke out Sunday and burned into the night, with crews on scene into Monday afternoon, when final flareups were extinguished. There are no reports of structural damage or loss of cattle grazing on the land. 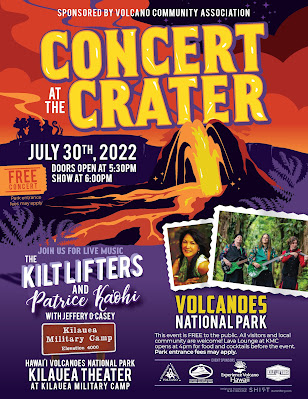 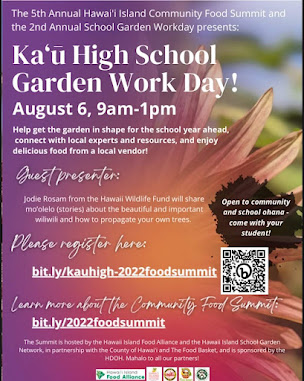 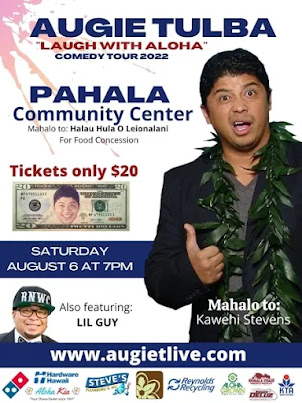