MAJOR FUNDING TO PROTECT HAWAI'I'S ENVIRONMENT was signed into law this week, after passing both houses of the U.S. Congress. Rep. Ed Case, who serves on the House Committee on Appropriations made the announcement and his office issued a statement saying, "The bill makes critical investments in environmental protection for our lands and oceans, including efforts to protect endangered species. Case focused on funding and Congressional directives for a number of natural resources issues as a member of both the Appropriations Committee and of the House Committee on Natural Resources.
Among the Hawai'i initiatives are investments to protect the oceans. “We cannot truly protect our planet without protecting our oceans,” explained Case. “My Appropriations Committee provided increased funding to provide that protection for our oceans, including our corals and wildlife, which feed us, buffer us from climate change, protect our shorelines, and anchor our economy from transportation to tourism.”
Included in the funding is $17 million for the National Trails System, which will benefit the Ala Kahakai National Historic Trail. Another $108 million for the Endangered Species Recovery Account will help protect and restore endangered species. The funding includes $4 million for the U.S. Fish & Wildlife Service’s State of the Birds program, which focuses on endangered birds in Hawai‘i.
Other funding includes: $148 million for the protection, research and management of marine mammals, sea turtles and other species; $34 million for the National Oceans and Coastal Security Fund, also known as the National Coastal Resilience Fund; $33 million for the Coral Reef Conservation Program, which supports coral reef ecosystems management and research critical to national coral reef restoration efforts; and  $4 million for the John H. Prescott Marine Mammal Rescue Assistance Grants.
To read comments, add your own, and like this story, see www.facebook.com/kaucalendar/. See latest print edition at www.kaucalendar.com. See upcoming events at https://kaunewsbriefs.blogspot.com/2022/03/upcoming-events-for-kau-and-volcano.html
DRU KANUHA IS THE TORCH OF LIGHT AWARDEE FOR 2022. Big Island Press Club selected the state Senator who represents west Ka‘ū into Kona for his introduction of Senate Bill 134 in the 2021 Legislature. If passed into law, it would have prohibited the governor or county mayors from suspending requests for public records or vital statistics during a declared state of emergency.
A statement from the Press Club said, "Kanuha’s introduction of the bill, with Sens. Gilbert Keith-Agaran of Maui and Donna Mercado Kim of O'ahu, came almost a year after Gov. David Ige signed a proclamation during the novel coronavirus pandemic that suspended the state’s Uniform Information Practices Act, a law that specifies government records are open to public inspection with limited privacy exceptions. Even though Ige, a Democrat, rolled back the blanket suspension of the UIPA in May 2020, he removed the deadline of 10 working days state agencies have to respond to records requests."
The bill died in a Senate-House conference committee and Ige received the BIPC’s Lava Tube dishonor for his actions in 2021.
Kanuha said he introduced the measure because he considers “transparency and access to public information really important,” even during an emergency. “I had constituents calling me trying to receive access to a lot of their vital records. And it was almost impossible for them to get it,” he said. “And especially, with a lot of these programs and subsidies that were coming through the feds, a lot of people needed access to vital records – their birth certificates, marriage licenses.
“On top of that, I think we need to be even more transparent about the actions government is doing, during emergencies, especially,” said Kanuha. He will be presented with Big Island Press Club's iconic Torch of Light award at the organization’s annual meeting later this year.
Kanuha has launched a campaign to be elected to serve all of Ka‘ū into Kona in the state Senate. \
To read comments, add your own, and like this story, see www.facebook.com/kaucalendar/. See latest print edition at www.kaucalendar.com. See upcoming events at https://kaunewsbriefs.blogspot.com/2022/03/upcoming-events-for-kau-and-volcano.html
AN ENDORSEMENT FOR JOSH GREEN FOR GOVERNOR came from the University of Hawai'i Professional Assembly this week. UHPA is Hawai'i's largest university system bargaining unit. 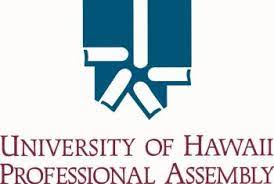 Its Executive Director Chirstina Fern said, Green, who is a physician and Lieutenant Governor of Hawai'i, believes U.H. "is an extension of the governor, and that we must work hand-in-hand. He would like to see faculty claim their rightful place as thought leaders in our community and have a say in government improvement."
The union statements says, "Since its founding in 1974, UHPA has fought hard for the rights of Hawai'i's university staff as the exclusive bargaining unit of all University System faculty in Hawai'i.
Greens campaign organizers responded to the endorsement saying, "Their support of this campaign emphasizes Dr. Green's commitment to excellence in higher education. As Governor, he will work with community partners like UHPA to make sure Hawai'i's students have the educational opportunities they deserve."
To read comments, add your own, and like this story, see www.facebook.com/kaucalendar/. See latest print edition at www.kaucalendar.com. See upcoming events at https://kaunewsbriefs.blogspot.com/2022/03/upcoming-events-for-kau-and-volcano.html
STRENGTH IS IN OUR MEMBERS: GROWING HAWAI'I COOPERATIVES TOGETHER is a webinar series sponsored by The Kohala Center and the Ulu Cooperative. The three sessions were scheduled for Thursdays, March 17, April 21 and May 19 from 5 p.m. to 6 p.m.
The series is intended for members of cooperatives and anyone interested in learning more about co-ops.
The March 17 webinar entitled Members are the Foundation has been postponed and a new date is expected to be set soon. It is designed to focuse on the role and importance of members for cooperative business success. The keynote speaker will be Travis Forgues, executive vice president of membership at Organic Valley, which is the largest farmer-owned organic cooperative in the U.S.

The second webinar is on Data Management of Membership in a Cooperative, on April 21, featuring Sam Aruch of Natural Resources Data Solutions. He will demonstrate a new tool he developed for complex data sets managed at Hawai'i 'Ulu Cooperative. He said the tool is also applicable to such businesses as food hubs. The third webinar is on Financials & Fundraising for Cooperatives, featuring Dave Swanson, Partner at Dorsey & Blake, and Josh Bakke, CPA at Moss Adams. They will explain how cooperatives can legally raise funds without violating Hawaiʻi and federal securities laws. Local co-ops will also share their experiences about what fundraising approaches have and have not worked.
To read comments, add your own, and like this story, see www.facebook.com/kaucalendar/. See latest print edition at www.kaucalendar.com. See upcoming events at https://kaunewsbriefs.blogspot.com/2022/03/upcoming-events-for-kau-and-volcano.html
SEE UPCOMING EVENTS IN KAʻŪ & VOLCANO
at https://kaunewsbriefs.blogspot.com/2022/03/upcoming-events-for-kau-and-volcano.html.
Posted by The Ka`u Calendar at 10:12 PM