AN UPDATED BASELINE STUDY ON LAND IN AGRICULTURE IN HAWAI'I was released on Tuesday by the state Department of Agriculture. The report, with figures finalized in 2020, shows Hawaiian Islands with 886,211 acres in agriculture, a decrease of 27,050 acres, or minus 3 percent from 2015. Acres in planted crops total 120,632, a decrease of 31,199 acres or minus 21 percent. The loss in planted acres was attributed to the closure of the Hawai`i Commercial & Sugar Company on Maui in 2016, which removed 38,810 acres in crop acreage.
On Hawai`i Island, total agricultural acreage was 614,552, a drop of 891 acres (-0.14 percent) from 2015. During the intermittent five years, the island was challenged by natural disasters, including adverse weather and volcanic activity. In addition, island agriculture contended with invasive pests such as the co
ffee berry borer and spittle bug.
The 2018 eruption at Kilauea Volcano’s East Rift Zone covered about 1,000 acres of productive agricultural lands in Puna, which included diversified crops, horticulture, macadamia nut, papaya and tropical fruit farms. Despite those losses, most of those crops gained acreage during the survey period with diversified crops gaining 1,076 acres (+33 percent), papaya gaining 640 acres (+25 percent) and tropical fruits gaining 167 acres (+5 percent). Acreage in dairy production dropped about 1,000 acres due to the

closure of Big Island Dairy in 2019. The survey did note the first return of sugar cultivation to the island with 14 acres in Hawi that is part of a distillery operation.
The baseline studies provide a wide range of maps and graphics depicting the location of crops with island-by-island summaries. A DOA announcement describes it as a snapshot in time intended to help industry, government and the community in making decisions that affect agricultural land use in the state.
The 2020 updated reports and the 2015 report were completed under contracts with the University of Hawai`i at Hilo’s Spatial Data Analysis and Visualization Lab, which used Geographic Information System technology and aerial imagery from several sources to digitally document the footprint of lands engaged in commercial scale agriculture statewide. Both reports are available on the HDOA website at: http://hdoa.hawaii.gov/salubreports. The GIS metadata for both the 2015 and 2020 reports are available on the State Office of Planning’s Geospacial Data Portal at: https://geoportal.hawaii.gov/ (Land Use & Land Cover).

“The agricultural baseline reports are valuable in tracking the state of agriculture in Hawai`i and provides a gauge to long-term planning for the future,” said Phyllis Shimabukuro-Geiser, chairperson of the Hawai`i Board of Agriculture. “The 2020 baseline data will help determine the impact of the COVID-19 pandemic in future years and may help to develop early responses to local, national and global crises.”
To read comments, add your own, and like this story, see www.facebook.com/kaucalendar/. See latest print edition at www.kaucalendar.com. See upcoming events at https://kaunewsbriefs.blogspot.com/2022/03/upcoming-events-for-kau-and-volcano.html.

MONEY FOR LOCAL AGRICULTURE IS IN THE $1.5 TRILLION FEDERAL FUNDING BILL that passed the U.S. House of Representatives on Wednesday. A report from Congressman Ed Case says, "The bill’s Agriculture Appropriations section funds federal efforts to tackle hunger and nutrition insecurity, grow opportunities and uplift rural communities, confront the climate crisis and advance world-leading agriculture research and development."
The discretionary funding level is $25.1 billion, an increase of $1.4 billion over the 2021 enacted level. The bill includes a record $34 million for the Agricultural Quarantine Inspections program for invasive 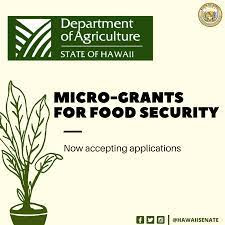 species in Hawai‘i. Inspections will be allowed at inter-island airports to help mitigate the spread of invasive species between islands. The bill also directs federal agencies to target invasive species in Hawai‘i, such as the spittlebug, avocado lace bug and little fire ant.
Programs and provisions requested and secured by Case in the Agriculture bill include: • $5 million for the Micro-Grants for Food Security program, which has provided direct funding to Hawai'i’s subsistence and small commercial farmers. • $4 million for Education Grants for Alaska Native and Native Hawaiian-Serving Institutions, the first increase for this vital program in years. • $4.5 million for coffee research to address the threats of Coffee Leaf Rust and Coffee Berry Borer for Hawai'i's coffee industry. • $26 million for farmers market nutrition programs, which helps address food insecurity with fresh produce and supports local farms. • $1.2 million for research for the macadamia felted coccid.
The measure also: • Directs the U.S. Department of Agriculture to update its Biosecurity Plan for Invasive Ants in the Pacific to help Hawai‘i deal with little red fire ant and other invasive ant species. • Requests the U.S. Department of Agriculture study the ability and effectiveness of managed forestry best practices to aid in the reforestation of native trees and the cultivation of forest crops in tropical and subtropical forests. • Emphasizes the importance of tropical and subtropical crop research, given the threats posed by climate change and invasive species and diseases. • Urges the U.S. Department of Agriculture to responsibly and efficiently take action to increase access to broadband on entities related to Hawaiian homelands.

A VISIT TO EVA LIU'S FARM IN NĀ'ĀLEHU is the event on Saturday, April 2, hosted by the Kaʻū chapter of Hawai'i Farmers Union United. Those interested can meet at Ace Hardware in Nāʻālehu at 11:30 a.m. There will be a potluck lunch.
Liu owns Ulu Kaʻū Farms and provides land for O Kaʻū Kakou community organization to grow food and give it away at the Food Hub in Nāʻālehu where meals are served at no cost to those in need. She said she is open to proposals from area farmers to grow fruit and vegetables on plots of land that she can provide at the farm. See more on Hawai'i Farmers Union United at https://hfuuhi.org/

PROSECUTING ATTORNEY KELDEN WALTJEN SAYS JOHN LEE FRANKS IS BACK IN CUSTODY. The 43-year old Ocean View man was wanted on an outstanding $150,000.00 Grand Jury Indictment bench warrant. On Tuesday, Franks was escorted back to Hawai‘i Island by Hawai‘i County Prosecutor’s Investigators who extradited him from O‘ahu to face his criminal charges after his coordinated arrest by Honolulu Police outside of the Castle Medical Center in Kailua.
On Feb. 23, Prosecutors indicted Franks before a Hilo Grand Jury with three offenses involving the sexual assault of a minor and secured the issuance of the $150,000.00 bench warrant. Franks, who was originally charged via Complaint in Kona District Court, was out of custody on $50,000.00 bail, which was reduced from $150,000.00 over Prosecutors’ objections.
Prosecutors elected to present the case before the Grand Jury prior to his March 10, 2022 preliminary hearing in Kona District Court. As the Indictment alleges, Franks is charged with two counts of SexualAssault in the First Degree and a single count of Continuous Sexual Assault of a Minor Under the Age of 14. The alleged crimes occurred between November 2021 and February 2022. Sexual Assault in the First Degree and Continuous Sexual Assault of a Minor Under the Age of 14 are both class A felony offenses and carry a maximum penalty 20 years in prison.
Franks is scheduled to make his initial appearance on Wednesday in Kona Circuit Court. He remains in custody in lieu of $150,000.00 bail. The lead investigator was Detective Kevin Brodie, Area II Juvenile Aid Section, Hawai‘i Police Department. The case is being prosecuted by Deputy Prosecuting Attorney Kate Perazich. The charges are allegations, and the defendant is presumed innocent unless and until proven guilty.
A statement from the Prosecutors says, "If you or someone you know has experienced sexual assault, please go to a safe place, and call a trusted friend or relative for 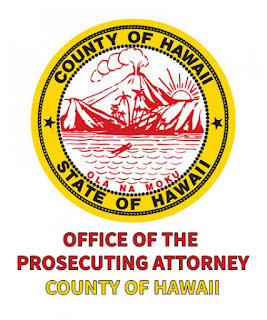