HURRICANE SEASON JUNE 1 - NOV. 30 WILL LIKELY BE MILD, according to the prediction of the National Weather Service, which released its 2022 forecast for Hawai'i and the Central Pacific on Wednesday. "There is a 60 percent chance of below-normal tropical cyclone activity during the Central Pacific hurricane season this year," according to NOAA’s Central Pacific Hurricane Center and NOAA’s Climate Prediction Center, divisions of the National Weather Service. "The outlook also indicates a 30% chance for near-normal activity, and only a 10% chance of an above-normal season."
Two to four tropical cyclones are predicted for the Central Pacific hurricane region, located north of the equator between 140°W and the International Date Line. This number includes tropical depressions, named storms and hurricanes. A near-normal season has four or five tropical cyclones.
Matthew Rosencrans, NOAA’s lead seasonal hurricane forecaster at the Climate Prediction Center said, “This year we are predicting less activity in the Central Pacific region compared to normal seasons. The ongoing La Niña is likely to cause strong vertical wind shear making it more difficult for hurricanes to develop or move into the Central Pacific Ocean.”
NOAA cautions that its outlook is a general guide to  overall seasonal tropical cyclone activity in the Central Pacific basin, and does not predict whether, or how many, of these systems will affect Hawai'i.
Chris Brenchley, director of NOAA’s Central Pacific Hurricane Center, said “Hurricane Iniki, a major hurricane, directly hit Kaua'i 30 years ago this year and those impacted still remember the incredible destructive power Iniki delivered. Throughout the state of Hawai'i, we must take note that the possibility of a hurricane in these islands is real. Heed the advice of public safety officials. Make a preparedness plan, and communicate it to your friends and family. Together, we can make our communities more weather ready and resilient.”
The Central Pacific Hurricane Center continuously monitors weather conditions, employing a network of satellites, land- and ocean-based sensors and aircraft reconnaissance missions operated by NOAA and its partners. This array of data supplies the information for complex computer modeling and human expertise, which are the basis for the Center’s storm track and intensity forecasts. "These forecasts are made available to the public and media, and help provide critical decision support services to emergency managers at the federal, state and county levels," says the statement from
NOAA also reported on new observations and improvements. "NOAA’s fleet of earth-observing satellites grew more robust than ever with the successful launch of the GOES-18 satellite in March. This satellite will be used by forecasters to track and forecast tropical cyclones and other storms in the Pacific Ocean."
NOAA reports that this summer, it will triple its operational supercomputing capacity for weather and climate, "allowing for more detailed, higher-resolution Earth models that can handle larger ensembles, advanced physics and improved data assimilation. This massive boost along with better science will allow for forecast model upgrades for years to come."
Check the Central Pacific Hurricane Center’s website throughout the season to stay on top of any watches and warnings, and visit FEMA’s Ready.gov for  hurricane preparedness tips.
To read comments, add your own, and like this story, see www.facebook.com/kaucalendar/. See latest print edition at www.kaucalendar.com. See upcoming events at https://kaunewsbriefs.blogspot.com/2022/04/upcoming-events-for-kau-and-volcano.html
KAI KAHELE ANNOUNCED PASSAGE OF THE WATER RESOURCES & DEVELOPMENT ACT through the U.S House of Representatives Transportation & Infrastructure Committee. The congressman representing Kaʻū and all rural areas in the Hawaiian Islands is a member of the Committee. His message says the legislation qualifies Hawaiʻi County and the other three counties to each receive up to $20 million in Environmental Infrastructure funding for the first time. The bill also includes a new provision that enables Native Hawaiian Organizations to waive local cost-sharing
requirements of up to $200,000 for critical environmental projects.
“For the first time, Hawaiʻi is explicitly slated to receive robust water and wastewater infrastructure funding through the Water Resources and Development Act,” said Kahele.     “Our islands have experienced unprecedented flooding in recent years, and I have seen the degradation of our aging water systems and the effects of climate change first hand. hand. Improving water and wastewater infrastructure in Hawaiʻi is a key priority of mine, and this provision will help remediate these long-standing issues by bringing federal resources to our State.”
According to Kahele's statement, "The Water Resources & Development Act invests in America’s ports, harbors and inland waterways; builds more resilient communities; and ensures that the U.S. Army Corps of Engineers carries out projects in an economically and environmentally responsible manner."
This year’s bill enables every county in the State – Honolulu, Kauaʻi, Maui, and Hawaiʻi – to receive up to $20 million in funding to address water and wastewater infrastructure, including stormwater management, from the annual Energy & Water Development and Related Agencies Appropriations Act and Infrastructure Investment & Jobs Act.
To read comments, add your own, and like this story, see www.facebook.com/kaucalendar/. See latest print edition at www.kaucalendar.com. See upcoming events at https://kaunewsbriefs.blogspot.com/2022/04/upcoming-events-for-kau-and-volcano.html 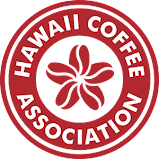 THE BEST COFFEE GROWN IN KAʻŪ, as determined by the annual cupping contest of the Hawai'i Coffee Association, will be announced through a live stream this Friday, May 20 at 3:30 p.m., with the livestream link at https://www.twitch.tv/240media. The HCA announcement says the live-stream is to accommodate those who may not be able to attend the conference, which is being held Thursday through Saturday at Outrigger Kona Resort & Spa.
Workshops include a Kona Brewing Co. Tour, a Field Grafting Workshop, Roasting Workshop, Cupping Workshop, a Seed to Brew Roundtable and a barista competition.
Sponsors include the state Department of Agriculture, support organizations and companies and various Kona Coffee producers. The two sponsors from Kaʻū are Miranda's Farms and Kaʻū Coffee Mill. See more on the conference at https://hawaiicoffeeassoc.org/page-1771716
To read comments, add your own, and like this story, see www.facebook.com/kaucalendar/. See latest print edition at www.kaucalendar.com. See upcoming events at https://kaunewsbriefs.blogspot.com/2022/04/upcoming-events-for-kau-and-volcano.html
SEE UPCOMING EVENTS IN KAʻŪ & VOLCANO
at https://kaunewsbriefs.blogspot.com/2022/04/upcoming-events-for-kau-and-volcano.html
LEARN MORE ABOUT SPONSORS OF THE KAʻŪ CALENDAR
at http://kaunewsbriefs.blogspot.com/2022/05/sponsors-of-kau-calendar.html 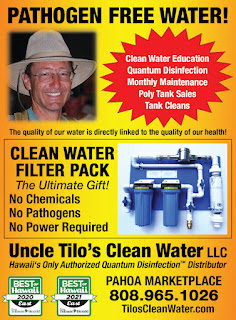 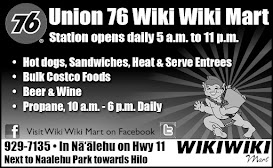