JUNE 7 AT 4:30 P.M. IS DEADLINE TO FILE TO RUN FOR OFFICE IN HAWAI'I FOR THE 2022 ELECTION. It is also the deadline for candidates to withdraw from the race.
The deadline for voters to register in order to vote by mail in the primary is July 9. To deadline to register to walk in to vote in the Saturday, Aug. 13 primary is Aug. 3. The General Election Day across the country is Thursday, Nov. 8.
See the June 6, 4:30 p.m. report from the state, listing candidates who have successfully filed their papers at https://olvr.hawaii.gov/Controls/CandidateFiling.aspx?elid=87include. They include the following:
Incumbent U.S. Sen. Brian Schatz filed, along with Timothy Dalhouse of Kona in the Republican race, Emma Jane Pohlman from Honoka'a in the Green Party, Libertarian Feena Bonoan of O'ahu, and Dan Decker from O'ahu in the Aloha Aina Party.
Hawai'i's other U.S. Senator, Sen. Mazie Hirono, is not up for reelection.
To represent Kaʻū and all of rural Hawai'i in the U.S. House of Representatives, where Rep. Kai Kahele has stepped down from running in order to seek the governorship, the candidates include former
state Sen. Jill Takuda, of O'ahu and O'ahu councilman Tommy Waters, both Democrats.  Also running are Republicans Joe Akana of Waianae and Joseph Webster of Kailua-Kona, Libertarian Michelle Rose Tippens of Hilo, and numerous other candidates.
In the governor's race is former Lt. Gov. Duke Aiona and B.J. Penn, running on the Republican ticket, along with Lt. Gov. Josh Green, U.S. Rep. Kai Kahele and former Hawai'i First Lady and business owner Vicky Cayetano running as Democrats. There are numerous other candidates, including O'ahu residents Selena Blackwell and Keline Kahau, of the Aloha Aina Party and Libertarians T.K Henshaw from Honolulu, Daniel Peddie of Volcano and Gene Tamashiro of Hilo. A non-partisan from Honoka'a running for governor is Iris Seaton.
In the Lt. Governor's race, candidates include Democrats Sylvia Luke, Keith Amemiya, Sherry Menor-McNamara and Ikaika Anderson, all of O'ahu, and Daniel Cunningham, of Volcano. Republicans in the race include Rob Burns and Zach Burd of O'ahu and Seaula Tupai, Jr. of Hilo. The Libertarian Party candidate is Michelle Rose Tippens of Hilo. The Green Party candidate is Melissah Shishido, of Maui.
For state Senator, Dru Kanuha, in a reelection bid, is seeking to represent a realigned district that includes all of Kaʻū. He is challenged by Republican Bob Sullivan, of Volcano, and Libertarian Aaron Toman, of Nāʻālehu.
For the state House of Representatives, Jeanne Kapela, in her reelection bid, is seeking to represent a realigned district that includes all of Kaʻū. She is challenged by Republican Lohi Goodwin, of Ocean View, and Libertarian Michael Last, of Nāʻālehu.
County Council candidates who have filed to represent Kaʻū south Kona and Volcano, in the non-partisan race are: Colehour Bondera, of Honaunau; Henry Cho, of Honaunau; Michelle Galimba of Na'alehu; Shane Palacat-Nelson, of Captain Cook; Courtney Provance, of Ocean View, and Chrissy Yeaman Carbonie, of Ocean View. Current council member representing Kaʻū and chairing the County Council is Maile David, who is unable to run in this election due to term limitations.
To register to vote in the election, see https://elections.hawaii.gov/register-to-vote/registration/
To read comments, add your own, and like this story, see www.facebook.com/kaucalendar/. See latest print edition at www.kaucalendar.com. See upcoming events at https://kaunewsbriefs.blogspot.com/2022/04/upcoming-events-for-kau-and-volcano.htmltml
HAWAI'I RANKS NEAR THE TOP IN THE U.S. FOR INCREASING ITS NON-FARM PAYROLL, BUT IT'S ALSO RATED AS THE 48TH WORST ECONOMY. That's according to WalletHub, which ranks of all the states and District of Columbia and puts Hawai'i's overall economy just ahead of Louisiana, Alaska and the bottom state, West Virginia. The study puts Hawai'i as 50th in Innovation Potential, 47th in Economic Potential, and 33rd in Economic Health. Hawai'i ranks last in Value of Exports. 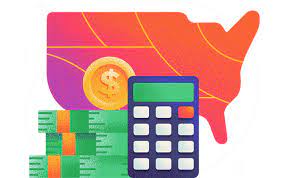 Hawai'i's most positive ranking is fourth in the Increase in Non-Farm Payroll. It ranks second in State-Government Surplus Per Capita, which can be seen as positive and negative. It ranks 47th in Independent Inventor Patents per 1,000 Working Age Population.
The report also notes that California's economy is becoming larger than the individual economies of all but four countries, including the U.S. It lists the top five state economies as Washington, Utah, California, Massachusetts and New Hampshire. Among other metrics, WalletHub takes into account low unemployment - Utah has the lowest; value of exports - Alaska, Louisiana, Texas and Washington are tied for the highest; number of people living in poverty - New Hampshire has the lowest; and foreclosure rates - South Dakota has the lowest.
See WalletHub's methods for coming up with these rankings at https://wallethub.com/edu/states-with-the-best-economies/21697.
To read comments, add your own, and like this story, see www.facebook.com/kaucalendar/. See latest print edition at www.kaucalendar.com. See upcoming events at https://kaunewsbriefs.blogspot.com/2022/04/upcoming-events-for-kau-and-volcano.htmltml
HULI'AU, A TRIO OF EDUCATOR-MUSICIANS, is planning to perform classic songs of Kaʻū throughout the area. Huli’au features Mililani Hughes, Dina Keola Kageler, and Tamara
Wong-Morrison, all long-time public school educators who also write poetry and dance hula together.
“We want to share with the new generation traditional songs that express aloha for a wahi pana, classic love songs, and songs which were part of the daily life of our kupuna. These songs tell of the history and legacy of our people in the days gone by,” said Hughes.
One song was written by Dina Keola for the late Kaʻū weaver, Kaiwi Perkins, well known for her participation in musical and cultural workshops in Pāhala and at her homes in Volcano and Pāhala.
The composition includes the words, “Listen to the lau while you weave it tight and slow . . .” and tells of the patience required to gather and weave the hala leaves.
Wong-Morrison said that composers of other songs performed by Huli'au include Mary Kawena Pukui, Eddie Kamae, George Na'ope, Katherine Mauna Kea, Aina Keawe, Kui Lee, Muriel Amalu, Irmgard Aluli, Ane Kanahele, and Boone Morrison.
One of the songs, Ke Ala Ka Jeep, was written when Kawena Pukui, Eddie and Myrna Kamae drove
around Kaʻū, then rested at Willy Meinecke's home in Waiohinu.
Also collaborating with Huli'au is special guest singer D’Andrea Pelletier, Queen of Opera; and Eli Emery on upright bass. Joining in with hula is Napua Romo and her mo'opuna: Hi'iaka, Ano'nui, and Kenahe Emery.
To connect with Huli'au, contact Tamara Wong-Morrison at 808-896-6354.
To read comments, add your own, and like this story, see www.facebook.com/kaucalendar/. See latest print edition at www.kaucalendar.com. See upcoming events at https://kaunewsbriefs.blogspot.com/2022/04/upcoming-events-for-kau-and-volcano.htmltml
MOSES ESPANIOLA III, of Pahala, is the new fulltime Guardians of the Trail Youth Leader for Friends of Hawai'i Volcanoes National Park.  Guardians of the Trails Youth Program was created in 2020 and is successfully running in its third year, said Friends CEO and President Elizabeth Fien. "For 2022, we were again awarded a grant from the National Park Foundation," to assist with Guardians. She noted that
"Moses comes with over ten years of experience working in the park. He was a Youth Ranger in the program's second year - class of 2011."
Fien also announced that young people between the ages of 18 and 30 who are interested in being a Guardian this year, can contact Friends of Hawai'i Volcanoes National Park. "Recruitment has started and we will officially hire and start the program in August." Call
The Youth Ranger program is filled for the summer and the Rangers started work on Monday, the program running through Aug. 1.
See more at https://www.fhvnp.org/
To read comments, add your own, and like this story, see www.facebook.com/kaucalendar/. See latest print edition at www.kaucalendar.com. See upcoming events at https://kaunewsbriefs.blogspot.com/2022/04/upcoming-events-for-kau-and-volcano.htmltml 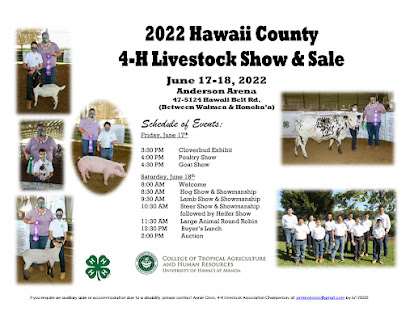