THREE SETS OF SPEED BUMPS TO PROTECT NENE that cross the road at Punalu'u were installed, along with additional signage on Friday in a three way partnership between the state Department of Land & Natural Resources, the community group O Kaʻū Kakou and land owners Eva Liu of Black Sand Beach, LLC. The aim is to slow down traffic and increase awareness that nēnē, the Hawaiian state, protected bird are in the area and walking across roads, trails and paths.
About a dozen nene are frequenting open lands at Punalu'u, particularly the golf course which was recently cleaned up and mowed by Liu and her crew. She asked that motorists going to the beach slow down to avoid hitting nēnē  that are crossing the roadways. The nene were near extinction and brought back with breeding and release programs. They enjoy golf course ponds and farm and ranch reservoirs and are spending more time at Punalu'u in recent years.
To read comments, add your own, and like this story, see www.facebook.com/kaucalendar/. See latest print edition at www.kaucalendar.com. See February events and Kaʻū Calendar newspaper sponsors at
http://kaunewsbriefs.blogspot.com/2022/02/events-of-february-2022.html
THE RETIREMENT OF TRACKING CANINE FALCON has led to the introduction of canine Scout to the Hawai'i Police Department. Both were honored Friday at a ceremony at Onekahakaha Beach Park in Hilo.
Scout, a 20-month-old Belgian Malinois, is paired with Canine Handler Officer Corey Kaneko and assigned to the Area I (East Hawai‘i) Juvenile Aid Section, where he will help emergency responders in tracking missing children and endangered adults. Trained as a live find human tracking/cadaver canine, Scout was acquired by the department through a $16,000 donation from the Hawai‘i Island K9 Association. The donation covers purchasing Scout, his travel to Hawai‘i Island, and handler training.
Scout began training as a live find and tracking/cadaver canine at the Houston K9 Academy in Texas, on Oct. 5, 2021. Born in the Netherlands, Scout was hand selected by Houston K9 Academy owner as a potential scent recognition dog.
Later that same month, Officer Kaneko travelled to the Houston K9 Academy to meet a handful of potential canines for the department. He selected Scout based on the dogʻs temperament and willingness to work.
“Every dog has the ability to track,” says Officer Kaneko. “It’s just that some track better than others and Scout shows a high drive to track. I’m thankful for getting the opportunity to go to the Houston K9 Academy and be able to make an in-person selection of Scout from three quality choices.”
Once Scout was selected for the department, he received a series of vaccination shots over a period of time, further training, and received a final bill of health before arriving on island in late January.
As Scout gets acclimated to Hawaiʻi and his new handler, both he and Officer Kaneko will undergo a final 40-hour training with a Honolulu-based certified K9 trainer, Corporal Wayne Silva, Special Services Division/Canine Unit, Honolulu Police Department (retired), the cost of which is covered by the Hawaiʻi Island K9 Association donation.
Scout joins the department just as Falcon, a nine-year-old Labrador Retriever, retires. During his seven years with the department, Falcon was called out roughly 50 times and was responsible for the recovery of missing children who wandered away and assisted in finding endangered adults. In addition to finding people, Falcon provided valuable information on possible paths of travel concerning missing children and endangered adults, which assisted community members and/or law enforcement personnel in locating them. 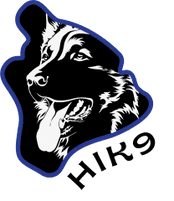 Falcon also participated in numerous educational talks with schools, community groups, and outreach programs, like Shop with a Cop. Falcon is set up to enjoy his retirement living with the family of Sgt. James Steffen, who was Falcon’s previous handler.
“Time is always of the essence when searching for a critically missing child,” says Amanda Leonard, Coordinator/Branch Chief, Missing Child Center – Hawai'i, Crime Prevention and Justice Assistance Division, Department of the state Attorney General “Scent-tracking K9s like Scout are invaluable in helping police recover missing children quickly and safely. We appreciate Hawai‘i Island K9 Association and its supporters for this significant contribution to Hawai‘i Police Department and the Hawai‘i Island community.” Friends of Missing Children Center Hawai'i donated Scoutʻs predecessor, Falcon, to HPD and financially supported training for Falcon and another department canine.
Police Chief Paul Ferreira said, “The police department is very grateful to the Hawai‘i Island K9 Association for their support for our department’s K9 program that allowed for the purchase of Scout and associated training for Officer Kaneko, as well as the support for our programs that we receive from MCCH and the Friends of MCCH. Through community partnerships such as these we are able to enhance our abilities in responding to calls for locating missing children and endangered adults here on Hawai‘i Island.”
To read comments, add your own, and like this story, see www.facebook.com/kaucalendar/. See latest print edition at www.kaucalendar.com. See February events and Kaʻū Calendar newspaper sponsors at
http://kaunewsbriefs.blogspot.com/2022/02/events-of-february-2022.html
KILAUEA'S SUMMIT THAT COMES AND GOES is the title of this week's Volcano Watch written by scientists and affiliates of USGS Hawaiian Volcanoes Observatory:
Kīlauea's summit glow comes and goes frequently these days. This is due to a pattern of pauses in lava lake activity within Halema'uma'u crater over the last two and a half months. Cycles last several days to a week and consist of a couple days of visible lava lake activity, followed by one to three days without lava.
HVO is monitoring four main data streams to help us understand why Kīlauea is exhibiting this behavior. Tilt data records ground deformation of the volcano and is thought to reflect the pressurization level of Kīlauea's shallow summit magma chamber.
Kīlauea's summit region has remained relatively flat since mid-October, but superimposed on the flat signal are small, pronounced deflation/inflation events. This is the first monitoring signal to show change when the cycle is beginning. On Nov. 7, 2021, Kīlauea summit tilt started showing larger deflation-inflation events (DI) than were seen in the previous month. At the bottom of each of these deflation cycles the lava drained from the vent and active lava lake, though it occasionally bubbled within an embayment immediately north of the west vent in Halema'uma'u.
But lava is not gone for good when this happens, nor has it gone far. It sits just below the surface, far enough out of sight that the glow disappears, but close enough to reemerge at the end of the cycle. The tilt needs to "recover" the amount of deflation that stopped the glow (plus a little extra).
Magma builds up pressure to reestablish the pathway to the surface and reappears near the top of the inflation cycle.Volcanic tremor, measured by seismometers, provides another set of clues. At the start of the deflationary trend the seismic tremor drops abruptly to very low levels. Tremor indicates that magma and gas are moving at very shallow levels in the volcano. When that signal dies off, we can infer that the magma is no longer trying to erupt.
Tremor does not restart until near the top of the inflationary cycle, but once it does, lava reappears inside the west vent within 10 to 30 minutes.Gas data shows large fluctuations in sulfur dioxide (SO2) emissions that coincide with fluctuations in lava lake activity. When the lava lake is active during the peak of the inflationary cycle, the SO2 emission rate ranges anywhere from about 2,000–6,000 tonnes per day (t/d) of SO2.
During decreased and paused parts of the cycle, emissions drop drastically to 100 to 300 t/d of SO2.Finally, let's discuss the geologic observations of what happens within Halema'uma'u crater as a cycle progresses. During the deflationary part of the cycle, the active lava lake surface motion begins to slow down, crust over, and the level of the active lava lake drops up to 10m (33 ft).

These "draining events" are often accompanied by dozens of small spattering sources within the lake and overturns of the newly-formed crust. The solidified surface texture of the lava takes on a more rough and jagged appearance instead of a smooth and flat texture. In some past cycles, once the lava reached a stable, minimum level, minor activity continued in the embayment including the occasional lava crust overturning.
This activity, when present, is maintained until the inflationary period recovers the lost deflation, and tremor begins. Reappearance of the lava is followed by increased SO2 emissions.
When lava returns, it arrives inside the west spatter cone first, often overflowing the cone. The eembayment north of the west vent cone fills with lava, which flows rapidly into the active lake area. This activity usually increases for several hours until the lava lake overflows its levee margins, building them up a little higher while also filling in lower sections of the older inactive lava crust from earlier in the eruption. The lava lake activity ultimately stabilizes within the levees until the next deflationary cycle begins.
During the dozen cycles spanning November 2021 to present, these data streams have given us a pattern to anticipate both the disappearance and return of glow at Kīlauea summit (for now). So, if you're planning a visit to Hawaiʻi Volcanoes National Park to view the glow, be sure to check Kīlauea's eruption status and webcams at the USGS Hawaiian Volcano Observatory website: usgs.gov/hvo.
To read comments, add your own, and like this story, see www.facebook.com/kaucalendar/. See latest print edition at www.kaucalendar.com. See February events and Kaʻū Calendar newspaper sponsors at
http://kaunewsbriefs.blogspot.com/2022/02/events-of-february-2022.html 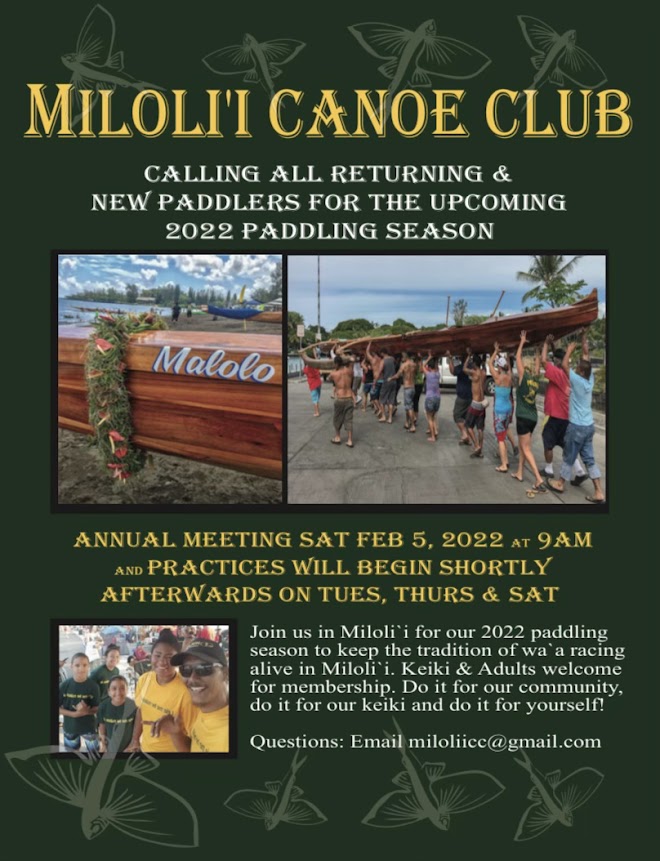