ATTENTION FIFTH GRADE GIRLS: GEMS IS BACK. The popular Girls Exploring Math & Science program for fifth grade girls from Kaʻū and West Hawai'i will return after two years. It is sponsored by American Association of University Women.
The GEMS program will be smaller this year than those in the past and will be held outdoors on Dec. 8. from 8 a.m. to 2 p.m. at Kahalu'u Manawai site on Ali'i Drive south of Kahalu'u Beach Park in Kona.The program consists of workshops and exhibits led by female adults in the
math and science fields and high school girls who are involved with math and science. The event is designed to expose girls to careers in these fields.
Some of this year's workshops are: Underwater Adventures, Marine Science & Problem Solving, Whale Sharks, Creative Computer Programming, Art & Science of Food, Body Shop, Structures & How They are Made Strong, How Rainbows Solve Mysteries, The Science of Robotics, and more.
Applications for the program were delivered to the schools on Oct 27. Each girl will complete a registration form and select six workshops and be able to attend three workshops during the day and many exhibits. Each girl attending will receive breakfast, lunch, and a GEMS sling bag. The registration fee is $20 and scholarships are available.

Registration is first come, first served. Fifth grade girls are urged to fill out the application ASAP, have parent/guardian sign and mail as quickly as possible. Applications that are the first from each school gain priority and all must be postmarked by Nov. 9.
Those with questions, email Cindy Armer at: billandcindyarmer@gmail.com or call: 808-896-7180
To read comments, add your own, and like this story, see www.facebook.com/kaucalendar. See latest print edition at wwwkaucalendar.com. See upcoming events at https://kaunewsbriefs.blogspot.com/2022/04/upcoming-events-for-kau-and-volcano.html
A SMALL HOUSE WENT UP IN FLAMES IN OCEAN VIEW on Saturday. Hawai'i Fire Department arrived to find the two-story, single-family home fully engulfed. The house was post and pier, all wood, 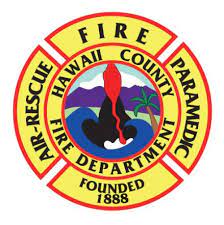 approximately 20 by 30 feet in size. The location is 92-8691 Pineapple Parkway. Firefighters received the alarm at 4:36 p.m. and put out the fire by 6:17 p.m. They estimated the value of the unpermitted structure without utilities at $115,000. No one was found at the site.
To read comments, add your own, and like this story, see www.facebook.com/kaucalendar. See latest print edition at wwwkaucalendar.com. See upcoming events at https://kaunewsbriefs.blogspot.com/2022/04/upcoming-events-for-kau-and-volcano.html
AFTERSHOCKS ARE THE SUBJECTS OF VOLCANO WATCH, this week by Andrew Michael, a research geophysicist with USGS Earthquake Science Center. The column from USGS Hawaiian Volcano Observatory was written in light of the magnitude 5 earthquake in Pāhala with at lease six aftershocks greater than magnitude 3 so far. Michael writes:
After damaging earthquakes, response and recovery takes place under the threat of aftershocks. USGS aftershock forecasts can help you understand what may happen, promoting public safety and an understanding that experiencing aftershocks is normal.
Much about earthquakes is unpredictable but we do know that earthquakes are followed by additional earthquakes, called aftershocks. For instance, in the 10 days after the magnitude 5 earthquake near Pāhala on Oct. 14,  there have been six magnitude aftershocks magnitude 3 and greater, and over 100 magnitude 2 and greater aftershocks within 6.2 miles (10 km). While most aftershocks are smaller than the mainshock, they can still be damaging or deadly and feeling many smaller earthquakes can cause emotional distress. But 5 percent of earthquakes are followed by a larger earthquake, in which case the earlier earthquakes are referred to as foreshocks and the new largest one becomes the mainshock.
To help people deal with aftershocks, the USGS issues aftershock forecasts for the next day, week, month, and year that provide:
1. the expected number of aftershocks that may be felt (magnitude 3 and 4 or greater)
2. the probability of aftershocks large enough to potentially do damage (magnitude 5 and greater), and
3. the probability of future moderate (magnitude 6) to large (magnitude 7) earthquakes.
These forecasts are automatically issued after most magnitude 5 and larger earthquakes in the United States and its territories. The first forecast is issued 20 minutes after the mainshock and they are updated 74 more times during the first year. Forecasts are updated regularly because the rate of aftershocks changes with time, generally decreasing, although sometimes temporarily increasing after a larger aftershock. Therefore, the forecasts are updated to keep current with the changing aftershock rate. The updates also incorporate information about the behavior of each aftershock sequence.
In addition to providing basic information about an earthquake and its aftershocks, the USGS reminds everyone to “Drop, Cover, and Hold On” during an earthquake. And remember, if you feel a strong earthquake while at the beach or in a low-lying area, you should immediately move to higher ground—a tsunami wave can come ashore before warning sirens can alert you to the potential danger.
The forecasts can be found on the web by finding the “event page” for the mainshock. For instance, the event page for the Oct. 14 event near Pāhala is at (here) and the aftershock forecast can be found by clicking the “card” labeled “Aftershock Forecast.” The event page also provides estimates of the shaking and damage due to the earthquake, other technical information, and you can contribute your experience during the event. Recent mainshocks will be found in the list of significant earthquakes on the homepage, older ones can be found in the significant earthquakes archives, and all events can be found by using the search tool.
The aftershock forecasts combine three well-studied statistical properties of aftershock sequences: larger mainshocks produce more aftershocks, smaller aftershocks are more common than larger ones, and the rate of aftershocks declines about in proportion to the time that has passed since the mainshock. The initial forecasts use parameters for that region or similar geologic regions around the world. For instance, in Hawai'i the initial forecasts use observations from similar oceanic volcanoes around the world. Those parameters are then updated as we observe the specific behavior of each aftershock sequence.
You may have also noticed that the word most (it was in bold italics!) in the description of when we automatically issue aftershock forecasts. The exception to the rule is earthquakes in Hawai'i because volcanic earthquake sequences driven by changes in magma movement or eruptions are far more complicated than can be described by the three simple aftershock properties described above.
After magnitude 5 or greater earthquakes in Hawai'i, the USGS aftershock forecasting team manually triggers the forecasts if the USGS Hawaiian Volcano Observatory scientists conclude that the sequence is likely to be a simple aftershock sequence. For the Oct. 14 earthquake, that process meant that the first forecast wasn’t issued until three hours after the magnitude 5 earthquake occurred. But that delay gave us confidence in the forecasts and, so far, they have been accurate.
To learn more about the USGS aftershock forecasts, visit earthquake.usgs.gov.
To read comments, add your own, and like this story, see www.facebook.com/kaucalendar. See latest print edition at wwwkaucalendar.com. See upcoming events at https://kaunewsbriefs.blogspot.com/2022/04/upcoming-events-for-kau-and-volcano.html 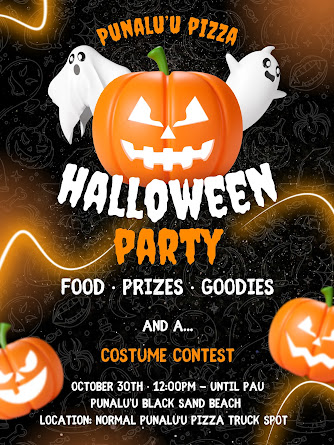