LT. GOV. JOSH GREEN, FOLLOWING HIS ACHIEVEMENT ON SATURDAY, WINNING THE DEMOCRATIC NOMINATION FOR GOVERNOR, highlighted his Kaʻū start that led to life in Hawai'i.
At his election party in Waikiki, Green said, "It was a humble beginning as a doctor in Kaʻū some 20 years ago. I never dreampt of politics. I never imagined that I would come from that very far away place. That place is far from O'ahu, and so different.
"To be lifted up by those families, as I cared for them as their doctor; to enter the House of Representatives, to meet Jamie, to become a father, a Senator and then Lieutenant Governor, I never imagined that would happen. But you have rewarded me more than I ever imagined or deserved. Those moments together with the people have always fulfilled me and I am profoundly grateful to people of our state, from Kaʻū to Maui, to O'ahu, Kaua'i, Moloka'i, Lana'i. Absolutely every corner of this state, people have welcomed us."
As he placed his hand over his heart, Green said, "We've taken the spirit of a doctor, as a Democrat, as someone who will unite all people, and we say to you, 'Now, please carry us across the finish line this Fall. We welcome everyone.'"

THE DEMOCRATIC NOMINEE FOR LIEUTENANT GOVERNOR Sylvia Luke congratulated Green and said she is excited to work on the Green/Luke ticket. The two worked together at the legislature.

VICKY CAYETANO, who came in second in the Democratic primary for Governor of Hawai'i, issued this statement on Sunday: "I am so humbled and honored for all the friends, family and supporters, volunteers, and everybody who came out across the state to help in my campaign for change. We worked hard to give the voters a choice and I am very proud of the campaign we ran. I especially want to thank the volunteers who've worked tirelessly at the headquarters, signwaving, and hosting events. You have been the backbone of this campaign. 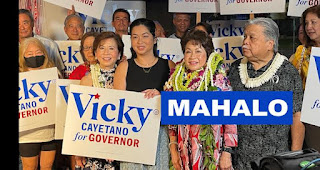 "I congratulate Josh Green and Sylvia Luke for being the Democratic nominees for Governor and Lieutenant Governor and to all the candidates who ran a good campaign in this election. I wish them the best because Hawai'i’s future is at stake.
"Thank you very much for supporting me and our campaign. I am grateful to each and everyone of you for being part of our journey to bring real and meaningful change to the Hawai'i we love."
To read comments, add your own, and like this story, see www.facebook.com/kaucalendar. See latest print edition at wwwkaucalendar.com. See upcoming events at https://kaunewsbriefs.blogspot.com/2022/04/upcoming-events-for-kau-and-volcano.htm
KAI KAHELE, who lost in the Democratic primary race for governor to Josh Green on Saturday, continues to serve in Congress the next four and a half months, until Jan. 3, 2023, after refraining from running for reelection in order to make his bid for governor.
Kahele reported on his Congressional work on Friday, sharing that he met with AARP's Hawai'i State Director Kealiʻi Lopez and its Advocacy Associate Director Audrey Suga-Nakagawa to discuss the #Inflation Reduction Act’s "transformative health care benefits for our kūpuna. Finally, Medicare will be able to negotiate Rx prices and insulin will stay below $35!" reported Kahele.
Kahele cast his aye vote for the Inflation Reduction Act on Friday from his congressional office in Hilo. He reminded constituents that he has never missed a vote, during his time spent in the rural Hawai'i district where he serves. He is the first member of the U.S Congress to establish a congressional in-state office on a Neighbor Island, in rural Hawai'i.
Kahele said the Inflation Reduction Act is also "a historic victory for Hawai'i families and the future of our planet." He called it "the single largest investment in climate action in American history" and said it "will ensure our keiki inherit the Hawai'i they deserve."
Sen. Mazie Hirono said, "From massive storm swells to flooded highways, rising sea levels are a growing threat in Hawai'i. The inflation Reduction Act contains $3 billion to increase coastal

resilience, upgrade infrastructure, and improve forecasts to help mitigate the effects of rising seas."
Sen. Brian Schatz said the bill has unprecedented "investment in clean transportation, clean energy, home electrification, climate smart agriculture, U.S. manufacturing and environmental justice." He called it a "victory for the young people across the country....who demanded action." It aims to cut emissions 40 percent by the end of the decade.
"And we’re going to pay for it all by making billion-dollar corporations finally pay their fair share of taxes. We’re also lowering the cost of prescription drugs for seniors and making health care more affordable – all while saving taxpayer dollars."
The measure also provides $25 million for climate resilience funding to the Office of Native Hawaiian Relations at the Department of Interior, the biggest investment in climate justice ever, the money coming from corporate taxes.

MAUNA LOA: THE SLEEPING GIANT is the title of this week's Volcano Watch, the weekly column by U.S. Geological Survey Hawaiian Volcano Observatory scientists and affiliates:
Covering over half of the Island of Hawai'i, Mauna Loa is sometimes referred to as a "sleeping giant" because it hasn't erupted in 38 years after erupting nearly every seven years in the early 20th century. However, Mauna Loa occasionally stirs in its slumber and reminds us that it will someday awake and erupt again.

Most recently, scientists at the USGS Hawaiian Volcano Observatory were kept up the evening of Aug. 2 and into the early hours of Aug. 3 monitoring Mauna Loa. Over a period of about ten hours, 90 earthquakes were located beneath Mauna Loa's summit region, and many more earthquakes were detected, but were too small to precisely locate. The total number of earthquakes peaked at over 200 per hour.
As the swarm was happening, HVO scientists were interpreting the incoming data on-the-fly and trying to answer questions such as, "Where are the earthquakes happening? Is the activity migrating? Are there changes in other monitoring datasets?"
The earthquakes occurred around 2 miles (3 km) below the surface of Mauna Loa's summit and their locations did not shift horizontally or vertically to another region or depth over time. The observation that the earthquakes did not get shallower was a comforting indicator that the swarm was unlikely to be from magma rapidly ascending into an eruption.
An earthquake swarm in-and-of-itself is not unique—swarms have happened beneath Mauna Loa's summit in the past. During the Spring of 2021, an earthquake swarm beneath Mauna Loa's summit produced about a thousand earthquakes over a span of seven weeks with a peak rate of 40 earthquakes per day.
Another unique occurrence was the change in another monitoring dataset. As the earthquakes were occurring from Aug. 2–3, a tiltmeter on the north side of Moku'āweoweo—Mauna Loa's summit caldera—showed a change of about 1.5 microradians.
Tiltmeters measure changes in ground slope. The change associated with the earthquake swarm, although small and partly hidden by daily fluctuations resulting from changes in temperature, reflects a tiny expansion or inflation of Mauna Loa.
This is only the second time since electronic tiltmeters were installed in 1999 that a tiltmeter at Mauna Loa's summit has shown ground movement associated with volcanic activity. The first time was during the Spring 2021 activity, which you can read about in this Volcano Watch article: https://www.usgs.gov/observatories/hvo/news/volcano-watch-tiny-changes-mauna-loas-summit-hold-big-clues.
Mauna Loa's magma storage system has been slowly recharging for decades and these new observations over the past year and a half have HVO scientists seeking the answer to an additional question, "What do these observations indicate about processes occurring within Mauna Loa?"
The changes observed in ground deformation reinforce an interpretation that shallower processes are occurring on Mauna Loa than we have seen in the past. Ideally, HVO scientists could review ground deformation events prior to previous Mauna Loa eruptions in order to place this recent activity in context. However, prior to 1984, deformation at Mauna Loa's summit was measured by a team painstakingly surveying relative benchmark positions using Electronic Distance Measurements (EDM). The high-precision, real-time instruments that HVO currently uses to detect such small changes weren't yet available.
Mauna Loa earthquake activity and ground deformation have returned to previous levels following the Aug. 2–3 event and an eruption is not imminent. HVO continues to keep a close eye on diverse monitoring datasets, which may show other previously unobserved signals as Mauna Loa's magma chamber continues its slow refill.
Hawaiian Volcano Observatory and USGS remind people: "It is never too early to consider how a future Mauna Loa eruption could affect you as a resident or visitor." See some tips for preparation: https://www.usgs.gov/observatories/hvo/news/volcano-watch-failing-prepare-you-are-preparing-fail-benjamin-franklin.
Mauna Loa may be in its longest slumber in at least two centuries but it remains restless, reminding us that it will certainly erupt again in the future.
To read comments, add your own, and like this story, see www.facebook.com/kaucalendar. See latest print edition at wwwkaucalendar.com. See upcoming events at https://kaunewsbriefs.blogspot.com/2022/04/upcoming-events-for-kau-and-volcano.htm 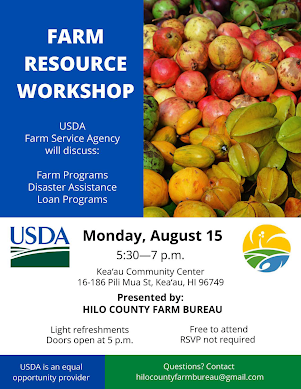 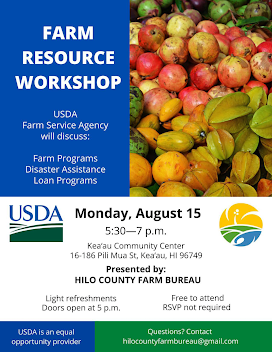