WILL MORE SHORT-TERM VACATION RENTALS BE ALLOWED ON AGRICULTURAL LAND? That is the question coming up this Wednesday at a state Land Use Commission meeting with public testimony invited and the session available via zoom.
The meeting follows the LUC appealing a Kona judge's ruling in May. Third Circuit Court Judge Wendy DeWeese granted a petition for some 20 property owners in Waimea, Captain Cook and Kailua-Kona who contend that the state and county can not ban vacation rentals of less than 30 days on their properties. That is despite the requirement, dating back to 1976, that homes in the Agriculture District be used farm dwellings.
In Third Circuit Court in Kona, the state and county argued that vacation rentals are not the legal use of agricultural lands where single family dwellings must be used by those who create income from the properties through agriculture.
The county has allowed vacation rentals on ag land to be grandfathered in where the lots were created before 1976, but bans any new requests for rentals for less than 30 days. After the judge overturned the county regulation, the LUC is went to the state Intermediate Court of Appeals to overturn the judge's ruling, filing its appeal on Thursday.
See https://luc.hawaii.gov/wp-content/uploads/2022/05/Agenda-for-JUNE-8-2022.pdf to submit testimony and to join the LUC zoom meeting.
The landowners claim that banning vacation rentals is an unconstitutional taking of their property rights, but the judge disagreed. She did agree and that state law fails to define the length of time that renting a dwelling makes it into a vacation rental and ruled that the county can't set a length of time on its own.
According to a story by Nancy Cook-Lauer in West Hawai'i Today on Sunday, "The ultimate ruling will have far-reaching ramifications. Some 1.2 million acres on Hawai'i Island — almost half of the land mass — is classified as agriculture. More than 1,500 of the county’s approximately 4,000 Short Term Vacation Rental applications during the first year of the program in 2019 were for nonconforming use certificates, primarily for agricultural land.
Cook-Lauer wrote: "About 50 owners of property in the agriculture district have appealed the county’s denial of their short-term vacation rental and nonconforming use applications to the county Board of Appeals."
She noted that "those appeals have been on hold while the Rosehill case proceeds through the legal process." The Rosehill case, also called Rosehill petition refers to a leading plaintiff among the owners and trusts that filed the suit to ask for their properties to be approved for Short Term Vacation Rentals.
The West Hawai''i Today story shows a photo of a 5,000 square foot home on agricultural land in Kailua-Kona renting for $15,000 a month. The owners want to rent it for shorter terms and are among those seeking relief through the courts.
The state Land Use Commission's Hawai'i Island member is Nancy Cabral, who is well known for heading up the Pana'ewa Stampede Rodeo each year and for supporting rodeo in Na'alehu, as well as her Day Lum Rentals, the largest property management business in East Hawai'i.
Chair of the LUC is Dr. Johnathan Likeke Scheuer, a board member of Hawai'i Island Land Trust who lectures at the University of Hawai'i Law School and has worked with the National Park Service, Kamehameha Schools, Department of Hawaiian Home Lands and many others on land use issues throughout the state.
See the names of all the commissioners at https://luc.hawaii.gov/about/state-land-use-commission-members/. Read more about the LUC's role in classifying lands of Hawai'i into the four districts of Conservation, Urban, Agriculture and Rural at https://luc.hawaii.gov/about/state-land-use-districts.
To read comments, add your own, and like this story, see www.facebook.com/kaucalendar/. See latest print edition at www.kaucalendar.com. See upcoming events at https://kaunewsbriefs.blogspot.com/2022/04/upcoming-events-for-kau-and-volcano.htmltml

A NEW LAW REQUIRING INSPECTION OF GHOST GUNS, AS WELL AS GUNS FROM OUT OF STATE AND GUNS TRANSFERRED BETWEEN INDIVIDUALS was signed into law by Gov. David Ige on Friday. A statement from the governor's offices says HB2075 (Act 030) restores part of a previous gun law that was struck down by a federal court last year.
The new law requires the physical, in-person inspection of three categories of firearms that have been identified by county police chiefs as top concerns and threats to public safety. They are: Guns without 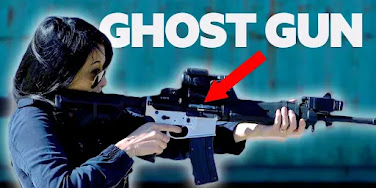 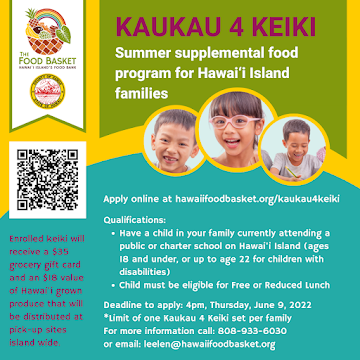 LEARN MORE ABOUT SPONSORS OF THE KAʻŪ CALENDAR
at http://kaunewsbriefs.blogspot.com/2022/05/sponsors-of-kau-calendar.html
Posted by The Ka`u Calendar at 11:38 PM