A PEACE POLE WELCOMES PEOPLE TO PĀHALA TOWN. Dedicated on the grounds of Kaʻū Hospital on Thursday at the entrance to the village, it says: "E mau ana ka maluhia ma ka honua. May Peace be in Our Hearts."
On hand were county, state and hospital officials, along with co-sponsors of the project from Volcano Rotary Club, Kaʻū Rural Health Community Association and its founder Jessie Marques, who welcomed participants along with her board members.
The ceremony opened with a bell ringing, Pule by Kupuna Jesse Ke of the Kaʻū Advisory Council, and Pledge of Allegiance led by U.S. Air Force Veteran Chuck Doyle, followed by recognition of Bev Garrett of Volcano Rotary Club and Jennefer Aguiar, Assistant Administrator of Kaʻū Hospital & Rural Health Clinic.
Hawai'i County was represented by its Managing Director Lee Lord. Hawai'i Health Systems Corp., which manages Kaʻū Hospital & Rural Health Clinic, was represented by CEO Dan Brinkman and its East Hawai'i board members.
County Council member-elect Michelle Galimba praised the effort and said she first saw a Peace Pole in Kaʻū while riding horse on land she ranches for cattle mauka of Kāwā. It may have been established by the late Jerry Kaluna on family kuleana lands in the area. Galimba noted other symbols of peace in Ka'u at Wood Valley Temple, a Peace Pole at Volcano Art Center and an effort to establish a Peace Pole in Ocean View. She said, "We are fortunate here in Hawai'i to live in a culture that is rich in values that promote peace and harmony but we must not take it for granted This peace pole is a wonderful reminder to respect each other and take responsibility for each other so so that we will continue to enjoy the blessings of peace."
Kupuna and keiki took part in the unveiling of the Peace Pole. Dr. Angie Miyashiro led a group of Ka'u High students who walked from campus to the ceremony. She heads the HOSA: Future Health Professionals at the school.  Denise Mackay, administrator of Kaʻū and Honoka'a hospitals, noted after the ceremonies that Kaʻū Hospital is an integral part of the village community with much support and volunteerism from its residents.
Kaʻū Rural Health Community Association gives the background on planting Peace Poles in communities around the planet: "A Peace Pole is an internationally recognized symbol of the hopes and dreams of the human family, standing vigil in silent prayer for peace on earth. Each Peace Pole bears the message 'May Peace Prevail on Earth' in different languages on each of its four or six sides. There are estimated over 250,000 Peace Poles in every country in the world, including one outside the Volcano Art Center. Planting a Peace Pole is a way of bringing people together to inspire, awaken and uplift the human consciousness the world over." See more at www.krhcai.com.
To read comments, add your own, and like this story, see www.facebook.com/kaucalendar. See latest print edition at wwwkaucalendar.com. See upcoming events at https://kaunewsbriefs.blogspot.com/2022/04/upcoming-events-for-kau-and-volcano.html.
ACHIEVEMENTS OF KING KALĀKAUA, WHOSE IOLANI PALACE HAD ELECTRICITY BEFORE THE WHITE HOUSE, were brought to the floor of Congress this week by U.S. Rep. Kai Kahele, in honor of Hawaiian History Month.
Kahele noted that King David Laʻamea Kalākaua was the first governing monarch to visit Washington, D.C. and circumnavigate the globe. In 1882, he completed the construction of ʻIolani Palace, the only home of royalty in the U.S., "which still stands today on the island of Oʻahu. A man of science, King Kalākaua outfitted Iolani Palace with indoor plumbing, a telephone, and electric lights. Iolani Palace even had electricity before the White House.
"A patron of Hawaiian music and dance, Kalākaua is fondly known as the Merrie Monarch, and in my hometown of Hilo, the annual Merrie Monarch Hula  Festival is held in his honor and attracts thousands from around the globe," said Kahele. "This year marks the festival's 60th anniversary and so we are forever grateful to King Kalakaua and for inspiring continuation of our people and  and our native Hawaiian culture."
To read comments, add your own, and like this story, see www.facebook.com/kaucalendar. See latest print edition at wwwkaucalendar.com. See upcoming events at https://kaunewsbriefs.blogspot.com/2022/04/upcoming-events-for-kau-and-volcano.html.
REDUCING DARK MONEY IN POLITICS is the aim of a bill supported by Hawai'i U.S. Senator Mazie Hirono.  Called the Disclose Act, it failed on Thursday. Shortly before voting, Hirono spoke about the bill on the Senate floor, contending that anonymous dark money spending by special interest groups is corrupting elections, courts, and democracy.
She said that 85 percent of the American people support reproductive freedom, 65 percent support gun 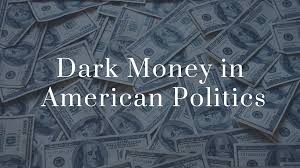 safety, and 63 percent support protecting the right to vote, but "too many elected officials are no longer answering to the people, but instead to the secret donors and corporations who are funding their campaigns.”
Hirono contended that there is bipartisan agreement to limit dark money and that the Disclose Act is bill that would increase transparency and accountability in political spending; a bill that would do the very thing that some leading Republicans have called for.” She noted, however, that Republicans did not vote for it.
“For the sake of our democracy, we need to get rid of the anonymous spending influencing our elections and our courts. That is a goal that everyone should be able to get behind, regardless of whether you’re a Democrat or Republican. We cannot accept a country where billionaires and corporations can secretly buy our elections, choose our leaders, and determine the fate of this country.” Hirono’s full remarks can be viewed at https://www.youtube.com/watch?v=1MOalg7rpHQ.
To read comments, add your own, and like this story, see www.facebook.com/kaucalendar. See latest print edition at wwwkaucalendar.com. See upcoming events at https://kaunewsbriefs.blogspot.com/2022/04/upcoming-events-for-kau-and-volcano.html.
A HIGH SURF ADVISORY RUNS THROUGH FRIDAY, reports Hawai'i County Civil Defense and the National Weather Service. Civil Defense notes: "The National Weather Service has issued a High Surf Advisory for south facing shores of Hawai'i Island from Keahole Point in North Kona south through Kaʻū to Cape Kumukahi in Puna through Friday. A High Surf Advisory means surf will be higher than normal, shore break, and dangerous currents can make swimming difficult and dangerous. Beach-goers, swimmers, and surfers should exercise caution and heed all advice given by Ocean Safety Officials."
To read comments, add your own, and like this story, see www.facebook.com/kaucalendar. See latest print edition at wwwkaucalendar.com. See upcoming events at https://kaunewsbriefs.blogspot.com/2022/04/upcoming-events-for-kau-and-volcano.html.

POLICE ARRESTED TWENTY-TWO MOTORISTS FOR DUI during the week of Sept. 12 through 18. Hawai’i Island police made the arrests for driving under the influence of an intoxicant. Five of the drivers were in traffic accidents. One was under the age of 21. So far this year, there were 719 DUI arrests compared with 766 during the same period last year. This is a decrease of 6.1 percent. 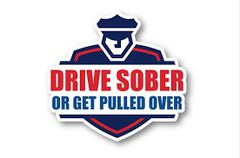 There were 584 major accidents so far this year compared with 568 during the same period last year. This is an increase of 2.8 percent.
To date, there were 24 fatal crashes (one fatal crash reclassified on 05/30/22 due to a medical condition) resulting in 26 fatalities (one of which had multiple deaths, and one reclassified due to a medical condition), compared with 16 fatal crashes, resulting in 16 fatalities for the same time last year. This represents an increase of 50 percent for fatal crashes, and 62.5 percent for fatalities.
Police announced that DUI roadblocks and patrols will continue island wide.
To read comments, add your own, and like this story, see www.facebook.com/kaucalendar. See latest print edition at wwwkaucalendar.com. See upcoming events at https://kaunewsbriefs.blogspot.com/2022/04/upcoming-events-for-kau-and-volcano.html.