CONSERVE ELECTRICITY THIS WEEK FROM 5 P.M. TO 9 P.M. each day. That's the request issued by Hawaiian Electric on Monday, which send out the message for Hawai'i Island customers. The statement from the utility says, "The need to conserve is prompted by the unavailability of the island's largest independent power producer, Hamakua Energy Partners." Hamakua Energy Partners operates the largest independent power plant on the island that has been run in recent years on diesel, naphtha and biodiesel, providing nearly a quarter of the electricity used on the island.
Hawaiian Electric also says, as winds have died down on the island this week, its wind resources over the next week "are forecast to be low."
Hawaiian Electric stated that it "expects to have enough generating capacity available to meet the early evening peak demand. Energy conservation by the public can help ensure sufficient power is available to meet demand, which increases in the early evening. Suggested steps include turning off or reducing use of lights and air conditioners, delaying showers, laundry and dishwashing activities, and going out for dinner or minimizing cooking until later in the evening."
Hawaiian Electric said it is also taking these steps: 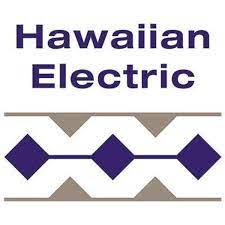 Asking large commercial customers, including hotels and resorts, to voluntarily reduce energy use, especially heavy equipment and air conditioning;
Accelerating repair and maintenance on its own units;
Running units longer and on different schedules than usual to ensure sufficient generation is available;
Requesting maximum output available from Puna Geothermal Venture.
Hamakua Energy Partners, "an independent power producer, normally supplies 60 megawatts of power, but is currently unavailable. It is not known when the units will be returned to service. In addition, Hawaiian Electric's Hill Plant Unit No. 5 is undergoing annual scheduled maintenance. It normally supplies 14 megawatts of power," said Hawaiian Electric.
"By reducing demand, Hawaiian Electric can ensure enough electricity is available and prevent the need to initiate rolling, 30-minute outages. If rolling outages are necessary, Hawaiian Electric will make every effort to use social media to notify customers in the affected areas in advance. Please check @HIElectricLight on Twitter for updates," stated Hawaiian Electric.
To read comments, add your own, and like this story, see www.facebook.com/kaucalendar. See latest print edition at wwwkaucalendar.com. See upcoming events at https://kaunewsbriefs.blogspot.com/2022/04/upcoming-events-for-kau-and-volcano.html.
EDITH KANAKA'OLE IS HONORED BY HER IMAGE ON QUARTERS TO BE RELEASED BY THE U.S. MINT.  She is one of five prominent women in American history to be depicted on quarters in 2023. The designs were unveiled on Monday. The others are Bessie Coleman, Jovita Idar, Eleanor Roosevelt, and Maria Tallchief. 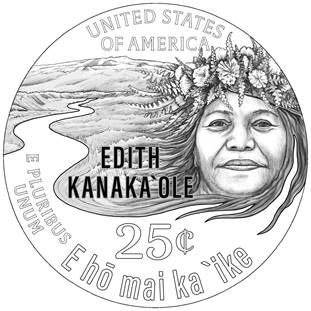 Sen. Mazie Hirono urged the inclusion of Kanaka'ole' image through the Mint’s American Women Quarters Program.
Hirono said, “Edith Kanaka`ole was a prominent leader in the revitalization of Hawaiian language and culture—notably as a renowned kumu hula. She helped preserve and spread Hawaiian language, traditions, and history, contributing so much to the Native Hawaiian community, Hawai'i, and our nation. It is fitting that she be honored with this special recognition. I’m pleased to see the design for her commemorative quarter today, and I look forward to seeing these quarters put into circulation, so that people in every corner of our country can learn more about Edith Kanaka`ole and her remarkable life.”
Hawaiian wording on the coin says, "E hō mai Ka 'ike," which means, "Grant us Knowledge."
Authorized by the Circulating Collectible Coin Redesign Act of 2020, the American Women Quarters Program features coins with designs emblematic of the accomplishments and contributions of prominent American women.
Contributions come from a wide spectrum of fields including, but not limited to, suffrage, civil rights, abolition, government, humanities, science, space, and the arts. The women honored come from ethnically, racially, and geographically diverse backgrounds. As required by the law, no living person will be featured in the coin designs, and thus all the women honored must be deceased. The Mint is issuing five coins with different reverse designs annually over the four-year period from 2022 through 2025. 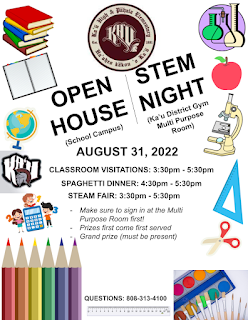 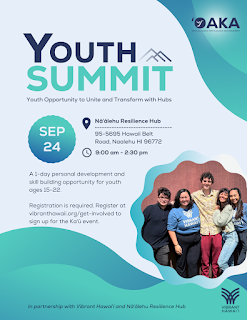