THE OFFICIAL PORTRAIT OF PATSY TAKEMOTO MINK was unveiled Thursday in Statuary Hall in the U.S. Capitol. The presentation happened on the 50th anniversary of the enactment of Title IX, the congressional legislation co-authored and championed by Mink, that led to the expansion of gender equity across the country. Using the withholding of federal funding for schools that discriminate against women in any of their programs and policies, most famously sports, Title IX paved the way for much success of women in academics, their careers after school, and in athletics.

U.S. Sen. Mazie Hirono, who knew Mink well and talks of being inspired by her upbringing on a sugar plantation and success in public public policy, posted, "Patsy Mink was guided by one word: perseverance.

After years of discrimination, she ran for office and led the fight to pass #TitleIX. Today we celebrated Patsy's perseverance and all she accomplished for women & girls at her portrait unveiling on Title IX’s 50th anniversary."
Congressmen Kai Kahele who attended the Mink portrait unveiling at the request of Speaker of the House Nancy Pelosi, said, "Hawaiʻi's Congresswoman Patsy Mink was a fearless trailblazer who fought tirelessly to ensure that women receive equal rights and opportunities in our nation. Today, as we commemorate the 50th anniversary of the enactment of Title IX, it is important to honor her work and the critical role that this legislation has played in preventing discrimination and empowering women across our educational institutions. With celebration comes our continued commitment to build off of these incredible achievements. We must tackle new challenges that arise, including fighting to eliminate sexual violence and increasing female representation in STEM programs. As the representative of the congressional district that she formerly served, I strive to uphold her legacy every day by advocating for equal rights and continuing to push for increased opportunities for women."

The portrait is one in the "firsts" series, which began in 2004, honoring Members of Congress whose service changed the institution in historic ways, including by making the House more diverse and representative of the American people. This portrait of Mink – the first woman of color and first Asian-American woman in Congress, and a pioneer who brought issues affecting Asian Pacific Americans to the forefront of Congress – was commissioned by the Clerk of the House, at the recommendation of the Speaker and the direction of House Fine Arts Board Chair Zoe Lofgren. The portrait will be displayed in the U.S. Capitol as part of the House's permanent collection. 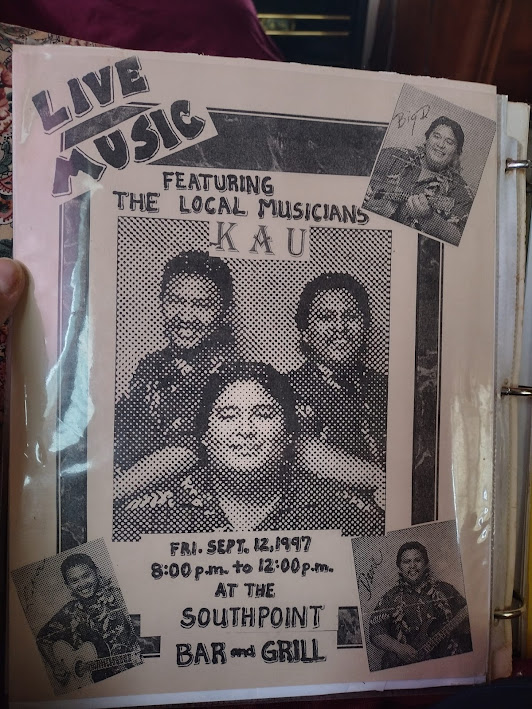 THE BAND KAʻŪ IS BACK. With Demetrius Oliviera and Leka Gravela in the lead,
the band, which performed its first hit songs more than 20 years ago will perform at this year's Kona Summer Bash on Aug. 27. Classic songs in the discography of The Band Kaʻū include Easy on the Eyes, Neon Moon, Shake You Down, Footprints in the Sand and Ka'u Boardwalk Angel. 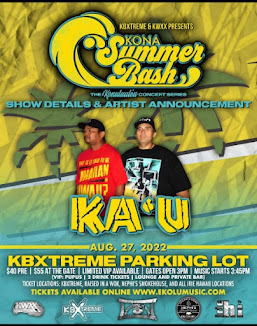 VOLCANO VILLAGE FOURTH OF JULY PARADE welcomes walking and riding groups and individuals. It is sponsored by Volcano Community Association in Volcano Village from 8:30 a.m. to 1 p.m. The Monday, July 4 parade starts at the Post Office at 9 a.m. and ends at Cooper Center on Wright Rd., followed by Cooper Center’s Independence Day celebration packed with live entertainment, craft and food vendors, keiki games and a large silent auction from 9 a.m.to 11:30 a.m. Parking maps can be found at www.thecoopercenter.org. (No parking at Cooper Center except handicap permitted vehicles with prior reservation.) SPONSOR A BUCKLE, VOTE FOR RODEO QUEEN ahead of the Saturday, July 9 Rodeo organized by Kaʻū Roping & Riding Association and ʻO Kaʻū Kākou. Event to be held on the rodeo grounds behind Nāʻālehu Park. Call 808-854-7917.

SIGN UP FOR KAʻŪ COFFEE TRAIL RUNS with a change of date from July 3 to Sept. 17. Registration deadline for the annual event is Sept. 14. Organized by Hawaiʻi Island Racers, the 50K begins at 6 a.m., Half Marathon at 7 a.m., and 5K at 7:15 a.m., all starting from Kaʻū Coffee Mill at 96-2696 Wood Valley Road in Pāhala. Proceeds go to support ʻO Kaʻū Kākou. For more details on the event and registration fees, visit https://www.kaucoffeetrailruns.com/.

EVENTS IN KAʻŪ & VOLCANO at https://kaunewsbriefs.blogspot.com/2022/04/upcoming-events-for-kau-and-volcano.html 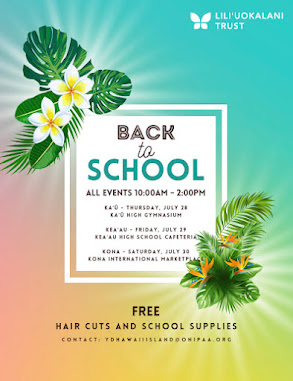