HIGH ALTITUDE IMAGERY will give a new look at Hawai`i volcanoes as a specially equipped and modified Grumman Gulfstream III business jet will fly above the Big Island with instruments being developed to track the movement of magma. The project involves the Jet Propulsion Laboratory at California Institute of Technology and is sponsored by the National Aeronautics and Space administration. 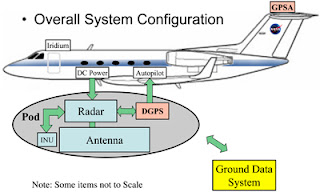 The mapping process is called Uninhabited Aerial Vehicle Synthetic Aperture Radar and will eventually be used by unmanned aircraft that would make multiple flights over the island and compare the data from one flight to another that could show deformations in the ground. The scientists will compare the data collected next week from data collected in January 2010. With all of the activity in the volcano this past year, they expect to see a big difference.
This new technology could not only be used to predict and document volcanic activity but also the movement of tectonic plates to help predict earthquakes, and the movement in glaciers.
The Gulfstream is expected to make its flights this Monday, Tuesday, Thursday and Friday. For more details, see uavsar.jpl.nasa.gov.


TRAINING AT HAWAI`I VOLCANOES NATIONAL PARK will be available for some 20 Ka`u high school students this spring and could lead to summer jobs at the park and with other nonprofit organizations in the district. Students can pick up applications at the Ka`u High School office, complete them and bring them to an interview this coming Thursday, April 7 at the high school. Last year the same training led to long-term employment for some of the interns.
THE STATE DEPARTMENT OF TRANSPORTATION is raising airport parking rates on May 1 to $9 a day at Hilo, Kona and other neighbor island airports and $15 a day at Honolulu Airport to fund airport improvements.

KA`U MUSICIANS are helping to raise money for victims of the tsunami in Japan today. Demetrius Oliveira and his band will be at Sangha Hall in Hilo today from noon until 6 p.m. Tickets are $20 presale and $25 at the door. Children under 12 are free. Money will go to the Red Cross. 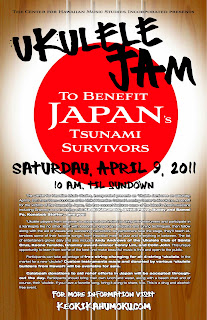 ANOTHER JAPAN FUNDRAISER with Ka`u youth playing is the `Ukulele Jam to Benefit Japan’s tsunami survivors next Saturday, April 9 from 10 a.m. to sundown at the Lihikai Hawaiian Cultural Learning Center in Keaukaha. In addition to Ka`u youth, it features Keoki Kahumoku, Brittni Paiva, our own Buddy and Sammi Fo from Ocean View and Konabob – all of them regular teachers at music workshops at Pahala Plantation House. The event is free and donations to tsunami victims will be accepted.
KA`U RESIDENTS CAN LEARN about hybrid cars this morning until 10 a.m. at Ka`u Federal Credit Union in Na`alehu. Kiko Martinez, of Big Island Honda, is offering free test drives of the 2011 Honda Insight. Light refreshments are being served.
VOLUNTEERS ORGANIZED BY HAWAI`I WILDLIFE FUND are cleaning up Onikinalu Bay, south of Ka`alu`alu Bay, today. There are more Ka`u Coast cleanups scheduled for May 14 and June 4. Call 769-7629 or email kahakai.cleanups@gmail.com for more information.

THE SPRING ART MARKET is happening today and tomorrow at Volcano Art Center’s Niaulani Campus in Volcano Village. From 10 a.m. to 3 p.m. each day there are free art demonstrations, a guided family nature walk, creative keiki activities, food booths and more. Original works of photography, painting, jewelry and sculpture are available for sale directly from the artists.

Posted by The Ka`u Calendar at 9:44 AM Links to this post