A CNN STORY ON MARINE DEBRIS IN KA`U is scheduled for tomorrow at 4 a.m., 5 a.m. and throughout the day. March 11 is the second anniversary of the Great Tohoku Earthquake, which sent a damaging tsunami to the Big Island’s coast and Japan tsunami debris toward Hawai`i. The CNN crew filmed Hawai`i Wildlife Fund staff and volunteers last week at Kamilo Point for the story on potential Japanese tsunami debris landing here and other marine debris problems along the southeast coast of Ka`u.

The story will be told by CNN news correspondent Kyung Lah. Megan Lamson, of Hawai`i Wildlife Fund, said a link will be posted at www.wildhawaii.org and on facebook.com/hawaiiwildlifefund as soon as the CNN story appears online.
A follow-up story on CNN in April will include NOAA’s Nets-to-Energy Program and recycled “ocean plastic” bottled cleaning products by the San Francisco-based company, Method.
Hawai`i Wildlife Fund holds a Ka`u Coast Cleaup this Saturday. Volunteers can sign up with Lamson at 769-7629 or kahakai.cleanups@gmail.com.

RAISING THE MINIMUM WAGE from $7.75 to $9.25, and tagging the minimum to the cost of living each year, passed the state House of Representatives and Senate during the past week. The two chambers will negotiate the timeline for the changes.

Patricia McManaman, director of the state Department of Human Services, offered the following testimony: “According to the United States Department of Labor, Bureau for Labor Statistics, of the 321,000 hourly workers in Hawai`i, 8,000 were paid the minimum wage of $7.25 in 2011 while an additional 7,000 residents were paid below the minimum wage. For those workers earning minimum wage at a full-time job, annual earnings total $15,080.” 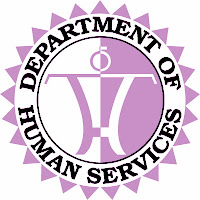 She said the hike in the minimum wage “will ensure that Hawai`i’s lowest paid workers will earn wages that will at least support their basic needs.… Hawai`i will also join the 10 other states across the nation that adjust their minimum wages annually to keep pace with the rising cost of living – a policy known as indexing. Indexing to inflation ensures that real wages for our lowest paid workers do not fall even further behind.
“If we accept the figures used by the United States Census Bureau to apportion cost of living expenses, then 13 percent of an individual’s earnings are applied toward grocery items, 29 percent toward housing, 10 percent toward utilities, 12 percent toward transportation, four percent toward healthcare, and 32 percent toward other miscellaneous items…. A family earning $7.25 per hour would allocate $350 per month towards housing, $120 towards utilities, $145 towards transportation, and $157 towards groceries."
In Honolulu, she wrote, “it is a stretch to find apartments renting for below $1,000 per month and difficult to imagine utility bills including electricity, water, and telephone at costs below $120 per month.
“Raising the minimum wage is good for Hawai`i’s families and good for Hawai`i’s economy. Money in the pockets of working people will be spent to make ends meet, boosting our economy and creating jobs in our communities. According to the Federal Reserve Bank of Chicago, every $1.00 in wage increases for a minimum wage worker results in $2,800 in new consumer spending by the worker’s household over the following year.

“Raising the minimum wage is also good for Hawai`i’s working women who, together with their children, will benefit from increased economic security. In Hawai`i, 47 percent of full-time minimum wage workers are women, and 75 percent of our heads of household for Temporary Assistance for Needy Families and Temporary Assistance to Other Needy Families programs are women. Across the nation, women workers are concentrated in low-wage industries such as food service, retail and home health care, and despite the progress women have made, women still earn less overall than men in all occupations – a wage gap that translates into thousands of dollars of unearned income over a lifetime. As applied to Hawai`i’s TANF/TAONF beneficiaries, women with children are disproportionately represented in low-wage jobs and will accrue the greatest benefits from an increase in the minimum wage.
“Raising the minimum wage is the right thing to do. Franklin D. Roosevelt called the minimum wage “a fair day’s pay for a fair day’s work.” Yet, today’s minimum wage of $7.25 buys 30 percent less of what it did 40 years ago. It’s time for Hawai`i to ensure that poorest of our wage workers can at least support their most basic needs. It’s time for a New Day for Hawai`i’s poorest wage workers,” wrote the state Human Services chief.

Jack Temple, a policy analyst at the National Employment Law Project, wrote in Civil Beat that, “Despite having the highest cost of living in the country, Hawai`i’s minimum wage remains stuck at the federal level of $7.25 per hour.”
Temple wrote that “this proposal would boost the local economy while delivering a much-needed raise to the state’s lowest-paid workers. Roughly 74,000 workers in Hawai`i would receive a raise.” He wrote that, if the state’s minimum wage were increased to $9.25 per hour, the pay raise would generate more than $54 million in new consumer spending and support the creation of 470 new full-time jobs as businesses expand to meet increased customer demand.

“Nineteen states across the country have already raised their minimum wages above $7.25 per hour, including states with much lower costs of living like Montana, Arizona and Nevada. Moreover, more than a dozen states across the U.S. are considering legislation this year to raise their minimum wages, forming a growing movement to boost pay standards for low-paid workers.
“Contrary to common misconception, fully two-thirds of all low-wage workers are employed by large companies with over 100 employees, not the small mom and pop shops that many assume. And the largest employers of low-wage workers – the national retail and fast food chains like Walmart and McDonalds – are earning strong profits today and can afford to pay higher wages.
“Furthermore, there are often-overlooked savings that result from paying higher wages. When workers earn higher pay, they are spared from having to balance multiple jobs in order to make ends meet – as a result, employers that pay higher wages benefit from reduced employee turnover and higher worker productivity. Many major companies such as Costco are able to offer low-price products while paying their workers high wages precisely because of the savings generated by higher wages.
“Hawai`i’s lawmakers are showing wise judgment in calling for a minimum wage increase. A higher minimum wage will promote economic growth, offer some relief to the state’s lowest-paid workers and help protect the promise of upward economic mobility for those who work for a living,” wrote Parker.


NEW HAWAIIAN HOME LANDS CHIEF is Jobie Masagatani, confirmed unanimously Friday by the state Senate. Masagatani served as interim DHHL director beginning in May.
During confirmation hearings, she faced opposition by former deputy DHHL director Michelle Kauhane, who accused the administration of offering Kauhane a job as homeless czar, using DHHL funds, if she would step down from her job as DHHL deputy director. According to a report in Civil Beat, “the governor’s offices said at the time that the offer was not improper because DHHL employees are allowed to help other agencies.” Kauhane and several other critics said using funds for Native Hawaiians for the homeless would have been inapproporiate. Kauhane was fired from DHHL in December.
Before the vote, Sen. Malama Solomon and Sen. Brickwood Galuteria “spoke glowingly of Masagatani’s qualifications.
Masagatani, 48, graduated from Kamehameha Schools, earned a bachelor of science degree at Northwestern University in education and received a master’s degree from Princeton University in public affairs and urban and regional planning. She worked as deputy to the Hawaiian Homes Commission chair and as a Land Investment Analyst for Kamehameha Schools. She worked at The Queen’s Health Systems as assistant to the president and CEO and served at the Office of Hawaiian Affairs as special assistant to the chief executive officer.

ABOUT 15 PEOPLE HAVE SIGNED UP for the Food Business Basics workshop to be held Wednesday from 9 a.m. to 3 p.m. at Pahala Community Center. Getting Started and Finding Your Niche in the Specialty Foods Business is the title of the session for helping local residents to develop raw products and bring them to market. Some of the topics are Understanding the food marketplace and distribution channels; identifying target consumers and developing product niche; business planning and food processing options; local state and federal regulations, product development and funding.
Advance registration, which includes lunch, is still available at $35, and scholarships are available. See laulimacenter.org/foodbasics.html.

ALSO SEE KAUCALENDAR.COM AND FACEBOOK.COM/KAUCALENDAR.
Posted by The Ka`u Calendar at 10:45 AM Links to this post