GEOTHERMAL ENERGY FOR THE BIG ISLAND would more than double under a plan Hawaiian Electric Light Co. plans to submit to the state Public Utilities Commission. HELCO made the announcement yesterday, saying it wants 50 additional megawatts from geothermal for the power grid. HELCO currently uses 38 megawatts.
HELCO also promised technical studies on the possibility of accepting power from geothermal energy projects that could be established around the island. Currently, Puna Geothermal Venture is the sole Big island geothermal operator.
Twenty responses to a recent request for best ways to pursue additional geothermal show “serious interest as we work toward adding more geothermal energy on Hawai`i Island,” said HELCO president Jay Ignacio. “We now plan to move forward to add more geothermal energy to our already considerable portfolio of renewable energy resources,” Ignacio said.

REDUCED ELECTRIC BILLS are already promised for the Big Island under an agreement approved by the PUC on Dec. 30, allowing Puna Geothermal to up its productivity from 30 to 38 megawatts. Rates will go down on the purchase price to HELCO for all geothermal between 25 and 38 megawatts. For geothermal power below 25 megawatts, HELCO will still pay the higher avoided cost price to Puna Geothermal Venture. It’s a price that was set years ago to incentivize the production of alternative energy. This avoided cost price is equal to the price of electricity produced by burning oil.
The 38 megawatts of geothermal, approved by the PUC, could power all of Hilo, according to HELCO. A single megawatt can power about 650 homes.

THE ENVIRONMENTAL PROTECTION AGENCY has issued its annual report on toxic releases by industries in Hawai`i, and two of the top ten polluters are located on the Big Island. The biggest polluter, which is not on the list, remains Kilauea Volcano, emitting as many pollutants in a few days as industry on the island emits during an entire year. The Hawai`i Electric Light Co. power plant on Railroad Drive in Hilo is listed as the sixth largest polluter in the state, emitting more than 140,000 tons of pollutants in a year. Most of it is sulfuric acid. The other Big Island polluter on the EPA list is the Army’s Pohakuloa Training Area, where the emissions include lead and other metals as well as persistent, bio-accumulative toxic chemicals. Overall, however, toxic emissions from industry are down on the Big Island, in the categories of air, water, land, and disposing pollutants offsite. Toxic chemicals released into the environment increased in the category of underground injection, which includes storing and disposing liquids below the earth’s surface. These could become a threat to safe drinking water, the EPA notes.
See more at http://iaspub.epa.gov/triexplorer/tri_release.chemical

CANOE DISTRICTS FOR THE STATE SENATE, and possibly the state House of Representatives, may be in the future as the state Reapportionment Commission redraws voting district lines as demanded by the Hawai`i Supreme Court this week. In the Commission’s attempt to meet the Court’s requirement for the one-man, one-vote standard statewide, Senate and possibly House districts could possibly extend from one island to another, creating the Canoe Districts - something that reapportionment commissions in recent years have attempted to avoid. Reapportionment Commission chair Victoria Marks told Stephens Media reporter Nancy Cook Lauer that she may go to court to ask the judges how closely they want the commission to follow the population count. A strict interpretation could mean Canoe Districts, while a looser interpretation could prevent the canoe districts and keep communities together.
The Reapportionment Commission’s task to redraw voter district lines comes after the Supreme Court’s order to delete the transient military, student and inmate population from the population count when applying the one-man, one-vote rule. Including the transient population gave O`ahu more House and Senate seats per permanent population than the Big Island, which has seen the highest population growth rate in the state.
According to a story in this morning’s Hawai`i Tribune-Herald, Lorraine Inouye, who previously served as the county’s mayor, a County Council member and state senator, has come up with a suggested map for Senate districts. She may be thinking of running for the new Senate seat. Her map shows one district including most of Hilo and extending south to Panaewa. Another district would extend from Panaewa all the way to Kailua Bay, including the territory where Sen. Gil Kahele now serves.
Sen. Josh Green, who represents Kona, filed a brief with the Supreme Court asking for the court to require additional public hearings once the new districts are proposed. Green told the Tribune-Herald that his constituents want West Hawai`i to stay as one senate district rather than dividing it at Kailua Bay.
The first day to sign up to run for office is Feb. 1, but opening day could be delayed until the reapportionment issues are settled. 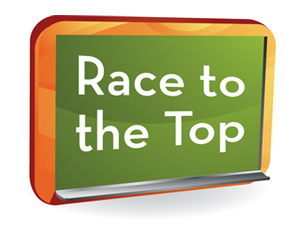 TEACHERS, UNION LEADERS AND THE STATE came to an agreement last night for a new contract that would raise teacher pay and benefits as the economy improves. The deal will go to the 12,500 members of the Hawai`i State Teachers Association for a vote. The union and state are hoping to show more stability in planning for improvements in the school system to fend off a threat by the federal Department of Education to cancel a $75 million grant under its Race to the Top initiative.
SCORES ARE IN from last night’s Ka`u High School girls basketball games when Kamehameha School came to Pahala. Ka`u High athletic director Kalei Namohala reports that during the JV game, Ka`u’s Deisha Navarro scored 19 points, and Shyann Flores scored 10. For Kamehameha, Makamae Gabriel was high point scorer with 18 baskets. The nail biter ended with Kamehameha 38 and Ka`u 37.

In the varsity game, Ka`u’s Joyce Ibasan was top scorer, followed by Taylor Pocock. For Kamehameha top scorers were Chelsea Poe, followed by Casey Poe. Final score was Kamehameha 60, Ka`u 23.
THE FOURTH ANNUAL Keiki Fishing Tournament and Canned Food Drive at Punalu`u happens next Saturday, Jan. 14. Early registration is available, with forms available in Pahala at Mizuno Superette and Pahala Gas Station, in Na`alehu at B&E Union 76 gas station and Ace Hardware, and in Ocean View at Kahuku Mini-Mart and Ace Hardware. Hand poles, fishing gear and bait are provided as available for those without fishing equipment. Sponsored by `O Ka`u Kakou, the event is a benefit for the Ka`u Family Center.

Posted by The Ka`u Calendar at 9:25 AM Links to this post