CONGRESSWOMAN TULSI GABBARD HAS PARTNERED with several of her House colleagues to send a letter to President Barack Obama calling for consultation with the U.S. Congress before any military intervention in Syria is authorized.
“The use of chemical weapons and weapons of mass destruction is atrocious and violates international norms and basic human rights,” Gabbard said. “The challenges faced by UN weapons inspectors as they gather evidence has only exacerbated this conflict that has gone on for too long, with countless innocent casualties.
“Right now, we do not have enough facts about all facets of what is occurring on the ground, the factions involved in this civil war, and what the unintended consequences would be for U.S. military involvement. Congressional debate and approval must occur before any U.S. military action is taken, and through this process we need to have a clear-eyed view of our objectives and what the outcomes would be, understanding the impacts in Syria and those that extend far beyond Syria.”
To comment on or “Like” this story, go to facebook.com/kaucalendar.


MARLEY STRAND-NICOLAISEN “got the party started on her college volleyball career with a match-high 14 kills Thursday night, and a crowd that was fit for a carnival had ample reason to celebrate as the Vulcans swept Alaska-Fairbanks 25-18, 25-16, 25-17 before 512 enthusiastic partisans in their opener at UHH gym.” That was the lead in the story this morning by Matt Gerhart of the Hawai`i Tribune-Herald, headlined “UHH is a sweep sensation.”
The story said that the “biggest debut” of all the new players “belonged to Strand-Nicolaisen, who looked just as comfortable as she did when she was a two-time Big Island Interscholastic Federation player of the year at Ka`u High School. She registered her first college kills back-to-back early in the first set, and then she put down another ball and combined with Shelby Harguess on a block to get UHH off and running on an 8-0 run.”
Sports writer Gerhart quotes Vulcan coach Tino Reyes saying, Nicolaisen “didn’t play like a freshman. We knew she was athletic. I wasn’t sure what her mindset was going to be, but she came out pretty good.” She came in with eight digs, 14 kills and a .242 hitting average. See more at hawaiitribune-herald.com.
Strand played for the Ka`u High School Trojans three years under head coach Elijah Navarro and for one year under head coach Joshua Ortega.
Navarro said this morning that he recalls inviting Vulcans Coach Tino Reyes to see Strand-Nicolaisen play during a match with Christian Liberty in Hilo. Navarro said that “after the second year of coaching her, I knew she had the potential to play at a college level.” Reyes followed her Trojan high school career, and UH-Hilo offered her a full scholarship to play volleyball.
Navarro said there is more college-bound volleyball coming from Ka`u High. “While I am not coaching this year, I can see that there is a lot of talent on the Trojan girls volleyball team under Coach Ortega. You can certainly expect more Trojan players entertaining scholarship offers,” said Navarro.
UHH entertains another Alaskan team on Saturday at 1 p.m. at the UH-Hilo gym, taking on University of Alaska-Anchorage. Strand-Nicolaisen is daughter of Laurie Strand and Robert Nicolaisen, of Discovery Harbour. Strand works at Ka`u High School, and Nicolaisen is famous for going fishing for poke that he provides for fundraisers at community events in Ka`u.

KA`U’S FIFTH-GRADE GIRLS ARE INVITED to the 2013 Girls Exploring Math and Science program at Sheraton Kona resort and Spa at Keauhou on Thursday, Nov. 14. Last year, 30 girls from the Ka`u school district attended the GEMS program along with others from West Hawai`i.
Registration deadline for forms to be postmarked is Friday, Sept. 20. Forms are available at public and private schools.
This event is sponsored by the American Association of University Women, Kona Branch, whose mission is to advance equity for women and girls through advocacy, education and research. This annual day of discovery features hands-on workshops and exhibits led by local women volunteers who work in math and science careers and who show the girls how they use math, science, and technology in their daily work. The program is designed to stimulate interest and bolster confidence of girls in these fields, as well as provide positive role models, and may also stimulate a girl’s interest in a new career goal. Some responses from fifth-grade girls from prior years as to what the girls learned are: “Girls can do science just as well as boys;” “Everyone has the power to do what they love doing;” “Why we need to protect the corals”; and “Learned not to be shy.”
Registration is on a first-come, first-served basis, and all fifth-grade girls residing in the West Hawai`i School Complex in public, private, or home schooled are welcome. The fee is $20 per girl. Scholarships are available, and no girl will be turned away for financial reasons. Sponsorship of girls from individuals or businesses will be accepted.
Some of the workshop topics this year are SCUBA diving, architecture, veterinary medicine, astronomy, dentistry, land surveying, Zumba, archaeology, robotics, chemistry and culinary science. Early registrations offers best choice of workshops.
For more information about GEMS, to sponsor a girl, or to request a registration packet, call Laurel Gregory at 969-8833 or lgregory@hawaii.edu.
To comment on or “Like” this story, go to facebook.com/kaucalendar.

VOLCANO HOUSE IN HAWAI`I VOLCANOES NATIONAL PARK holds its grand opening and an open house next Friday, Sept. 6. “Festivities are open to the public and celebrate the successful completion of a multi-million dollar renovation and restoration as well as showcase the ‘new’ Volcano House,” said general manager Rudy Fao.
The following activities are free and open to hotel guests, visitors to Hawai`i Volcanoes National Park and the community:
History of Volcano House interpretive walks start at Kilauea Visitor Center and end at Volcano House. The walk is led by a Hawai`i Volcanoes National Park ranger.
Volcano House is Hawai`i’s oldest hotel, welcoming visitors since 1877. The hotel in use today was built in 1941 and expanded in 1961. It is managed by Hawai`i Volcanoes Lodge Company, LLC and operates under contract with the National Park Service. Hawai`i Volcanoes Lodge Company, LLC is an affiliate of Aqua Hospitality, a Hawai`i-based management company founded in 2001 and Ortega Family Enterprises, headquartered in Santa Fe, New Mexico.
Parking is available on site and at Kilauea Visitor Center. Park entrance fees apply.
For more information about Volcano House visit hawaiivolcanohouse.com or call 1-866-536-7972.
To comment on or “Like” this story, go to facebook.com/kaucalendar.

ARMY OFFICIALS ARE OPENING SEVERAL TRAINING AREAS for bow hunting within the Pohakuloa Training Area 5 a.m. to 7 p.m. tomorrow and Sunday.
Training Areas 10 and 11, as well as the northern portion of Training Area 2 (on the Mauna Kea side of new Saddle Road), will be open for bow hunting of mammals only. Hunters are allowed one pig, one goat and one sheep per day, in keeping with state bag limits. Shooting sheep with blue collars is not permitted.
All hunters must check in and check out at either Kilohana on Saddle Road between mile markers 43 and 44 or Pu`u Huluhulu at the intersection of Mauna Kea Access Road and Saddle Road. Check out no later than 7:30 p.m. each day.
Hunting passes will be provided at the check-in stations beginning at 5 p.m. today. These passes must be signed and placed on the vehicle’s dashboard.
For more information, call PTA’s Hunter’s Hotline at 969-3474, visit garrison.hawaii.army.mil/pta and click on the “Hunting” tab, or refer to instructions on the hunting pass. 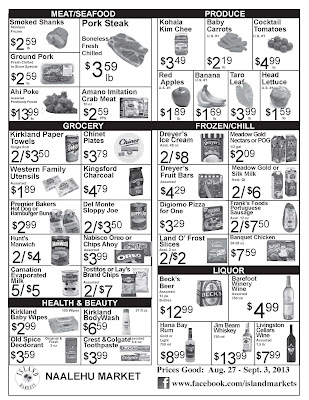 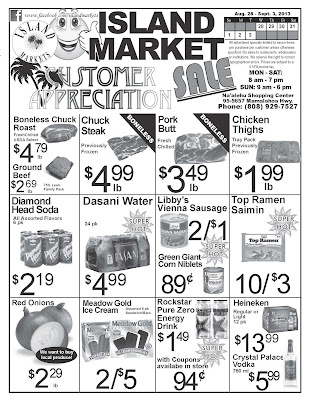