THE PASSING YESTERDAY OF U.S. SENATOR DAN INOUYE, “a war hero, distinguished president pro-tempore of the U.S. Senate, and an effective advocate for the people of Hawai`i for more than five decades,” is mourned by the mayor and people of Hawai`i, said Mayor Billy Kenoi yesterday. “Beyond the titles, beyond the power and the influence, what most stands out is his thoughtfulness, his kindness and how he treated everyone with respect and aloha,” Kenoi said. “I will never forget that lesson.”
Kenoi noted that many of Hawai`i’s leaders walked through Senator Inouye’s office – including Kenoi himself, who worked as an intern in the senator’s office in the summer of 1992. “He gave me opportunity, and he supported me every step of the way,” Kenoi said. “I look to him with the same respect, honor and love that I feel for my parents.
“Senator Inouye was a friend and a mentor to generations of public servants. He always encouraged all of us to fight for what we believe in, to stand up for what is right, and most importantly, to give everything we have to serve the people of Hawai`i,” the mayor said. “He taught all of us how to conduct ourselves as public servants.”
Kenoi called Inouye “a leader who embodied the best of yesterday, who served our community the best he could every day, and who was always mindful of tomorrow, of future generations.”
The mayor described Inouye as a “tireless advocate for the people of Hawai`i.” Kenoi said that his wife, “Takako and I, our family and our community are honored and privileged to have had him as a part of our lives.”

Ka`u’s County Council member Brenda Ford reacted to the passing of Sen. Dan Inouye yesterday, saying: “Senator Daniel Inouye was a great warrior for our country with the 442nd Infantry Regiment. The Regiment’s motto was ‘Go for Broke!’, and that’s what Senator Inouye did for the state of Hawai`i for 53 years in the Senate. He will always be remembered and honored for his work and his Medal of Honor earned in WWII.”
Hawai`i Volcanoes National Park superintendent Cindy Orlando worked closely with Inouye on land proposals for the park, including the addition of 117,000 acres at Kahuku, doubling the park’s size. “In my mind, he was a great supporter of the National Park Service throughout Hawai`i and especially in Ka`u,” she said. “We were also honored by his visit to lead us in the ceremonial introduction of the U.S. Mint’s Hawai`i Volcanoes National Park quarters this summer.”
Inouye served as senator from Hawai`i for nearly 50 years and was the state’s first member of Congress. As President Pro Tempore of the U.S. Senate, he was third in line to be President of the United States, after Barack Obama and Vice President Joe Biden. He was 88 years old when he died of respiratory complications at Walter Reed Hospital.
According to Inuoye’s press secretary Peter Boylan, a message was sent to Gov. Neil Abercrombie from Inouye asking the governor to consider his recommendation to appoint Congresswoman Colleen Hanabusa to replace him. It is up to the governor to pick a successor to hold Inouye’s elected position until the election of 2014. Other possible candidates include former congressman Ed Case and former Honolulu mayor Mufi Hannemann. Abercrombie, who served in the U.S. House of Representatives, could nominate himself to become senator.
Hanabusa has served in the U.S. House since January 2011 and was recently re-elected. She served in the state Senate for a dozen years.

THE COUNTY COUNCIL COMMMITTEE ON AGRICULTURE, WATER & ENERGY SUSTAINABILITY meets today and plans to discuss the proposed resolution offered by new Council member Margaret Wille calling for county decisions to be made with long-range planning in focus. However, the board of the Hawai`i Sustainable Communities Alliance has issued a statement with numerous concerns, according to spokesperson Bradley Westervelt.
The statement contends that “ideals being framed by this resolution elevate ‘Cultural Resources’ to be equivalent to ‘Natural Resources.’ Given that any square inch of the island may possibly be considered ‘historical’ or ‘sacred,’ a ‘Cultural Resource,’ has no limitation,” writes Westervelt.
“Demanding a measure of loss of value and holding the government accountable is an unmanagable matter of opinion,” he states. “For a thought experiment: Would the site of King David Kalakaua’s Hilo summer home be considered such a ‘cultural resource?’ Was there not value in having a hotel there at one time? Are not different public and commercial services in place there today of public value?” asks Westervelt. 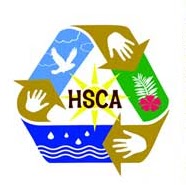 “We of the Sustainable Community Alliance are concerned that rules and guidelines such as these may hinder the natural evolution of community,” the statement proclaims. “Cultural Resources are alive or they are dead. Like trees, Cultural Resources may become new things upon the same site as once hosted a very different cultural activity in the past.”
The statement argues that “applying the guidelines of this Resolution would effectively stymie change and favor nostalgia.”
Westervelt writes that the proposed resolution “will only serve to hinder progress to a more sustainable society” and urges the Council to reject it. Westervelt writes that the organization’s membership has grown steadily and numbers more than 600 today. See hawaiisustainablecommunity.org.
Public attendance via videoconference is available at Ocean View Community Center for this meeting, as well as other committee meetings and tomorrow’s 9 a.m. County Council meeting in Kona. Agendas are available at hawaiicounty.gov. 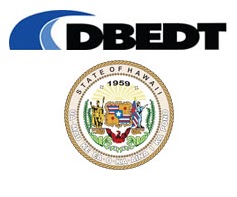 “Please provide the assumptions and sources for data found in the spreadsheet in Exhibit K: Incremental Cost of Biodiesel Supply Contract. Also please provide the incremental cost of the Biodiesel Supply Contract for each year of the Contract.”
DBEDT’s complete information request, as well as other documents, can be read at puc.hawaii.gov/dockets. Docket number is 2012-0185.
See questions from other parties and participants in the docket in upcoming Ka`u News Briefs.
HELCO and AKP have until Friday, Jan. 4 to respond to the information requests.

TROJAN MEN’S SOCCER made history yesterday with a 30-yard goal kicked past Waiakea’s goalie to beat the Warriors for the first time in Division II history. The goal was scored by Lehre Vidal, and final score was 1-0. Vidal was assisted by Derrick Valez. Goalie for Ka`u High, Andrew Garcia, earned the shutout. Ka`u has two wins in five games this season. Next games are tomorrow at CLA at 2 p.m. and Saturday at Makualani at 1 p.m. Head coach is Crystalee Mandaguit.

MUSIC FILLS THE AIR IN KA`U THIS WEEK.