TRANSPARENCY IN ENERGY CONTRACTS between the utilities and providers of fuel, wind, geothermal and other energy sources is the aim of House Bill 1405 in the state House of Representatives that goes to public hearing on Thursday. An amended bill, HB1405 HD2, would provide transparency only through listing contract prices for the previous year in the annual reports of the Public Utilities Commission.

Henry Curtis, executive director of Life of the Land, the energy, environmental and community action group, said his organization submits testimony in it mission “to preserve and protect the life of the land through sound energy and land use policies and to promote open government through research, education, advocacy and, when necessary, litigation.”
The organization is an intervener in the `Aina Koa Pono proposal that would raise electric rates on the Big Island and O`ahu. `Aina Koa Pono proposes to use more than 10,000 acres between Pahala and Na`alehu to harvest trees, brush and grasses for a microwave refinery it would build off Wood Valley Road. The company declines to reveal details of pricing and projections of how much money it would make if the PUC approves a 20-year, fixed-price contract between Hawai`i Electric Light Co. and Hawaiian Electric Co. and AKP. The projected price of the diesel would be about $200 a barrel, according to estimates from the County of Hawai`i, which is also arguing the case, saying it does not want a hike in electric bills.

Here is Life of the Land’s testimony on the transparency bill before the Legislature:
“Imagine walking into an auto dealership and falling in love with a car. You ask: How much does that car cost? The salesman says: ‘I can’t tell you, but compared to your other choices, over the lifetime of the vehicle, based on my assumptions, you are getting a heck of a deal!’
“Sounds kind of crazy, huh? But that is the scam in the recent rise in electricity rates. In 2011 HECO-HELCO-`Aina Koa Pono proposed a biofuel supply contract to the Public Utilities Commission. AKP didn’t know what crop they were going to grow. HECO was unwilling to publicly say when the commencement date was. AKP planned to use non-commercialized experimental microwave technology. The proposal redacted (blacked out) AKP’s management skills. And the price was secret.
“It turned out that HECO/HELCO were asking O`ahu and Big Island residents to pay the highest rate for energy ever proposed in this state. HECO/HELCO wanted to give AKP a quarter of a billion dollars ($250,000,000.00) over HELCO’s avoided cost.
“The reason that HECO wanted to keep the price secret was, so they claim, so that ratepayers would get the best deal. Some deal! It was more than any other biofuel supplier would get. It was a great deal for the politically connected AKP.
“The PUC rejected the proposed contract. Now HECO-HELCO-AKP have proposed a new and improved contract with a new and improved secret price. HECO has requested that the PUC keep the price confidential.
“Well guess what? We live in a democracy. Sure, while negotiations are going on, we think the prices should be made public. But, okay, we can live with secret prices during the regulatory phase. But once the Public Utilities Commission has approved the contract we should be able to see the prices we will pay, and to see if the PUC has protected our interests.

“HB1405 would have made the prices public after the contract was approved. HB1405 HD2 would only require the PUC to add a new piece of information to their seldom read annual report, namely “a summary of power purchase agreements, including pricing, in effect during the fiscal year.”
“Thus if in 2013 the PUC approves a biofuel contract, but it doesn’t take affect until 2019, the PUC could file a half-dozen annual reports saying their is no ratepayer impact, and then in 2019 when the rates take off, the new PUC could say, it wasn’t us.

“On March 7, 2013 at an energy stakeholder meeting, the PUC chair (Mina Morita) opened the meeting: ‘As many of you know with our invitation you also received a survey, and here’s what I learned from the survey. If you appear to be a practitioner before the PUC, the general thought was that we were making improvements, but lacked the resources.
‘On the other hand, those who were not regular practitioners before the PUC thought we were incompetent, a rubber stamp for HECO, didn’t listen to the public, opaque, operating in a black box. So no doubt, the largest stakeholder group – the one that the PUC decisions affect the most, the general public, or the ratepayer – does not hold the agency in very high regard.
‘So as the PUC enters its 100th year of public service, it is a good time for re-examination of the PUC, and work towards a common understanding of its role and purpose. And it’s extremely important to make the PUC’s core values transparent, and its work and its decisions understandable to the general public, and today’s discussion is the first step in that direction.’
Life of the Land completed its testimony by urging the Legislature to let ratepayers know what they are paying for different energy sources. “Please require the PUC to post the full pricing scheme after the contract has been approved.”
The Sierra Club also supports HB1405, “allowing ratepayers to know the terms by which their electrical prices are set. Transparency ensures greater competition, greater accountability, and the ability to ensure smart decisions are being made. Publishing documents that dictate how millions of dollars of ratepayer funds are spent is not just smart policy, but a core principle of a democratic society.”
Blue Planet Foundation also submitted testimony on the transparency bill and requested an amendment “to promote transparency for all power purchase agreements, rather than just to agreements for the purchase of energy from non-fossil fuel sources.
States Blue Planet, “Public energy utilities in Hawai`i are a regulated monopoly. Thus, utilities gain no competitive advantage from keeping their costs proprietary, and the public has an important interest in disclosure of those costs. As a result, there is no justifiable reason for power purchase agreements to remain hidden from the rate-paying public. Indeed, increased market transparency will allow our energy market to operate more efficiently, leading to fairer opportunities for power producers, and leading to better rates for consumers. For this reason, Blue Planet supports HB1405. 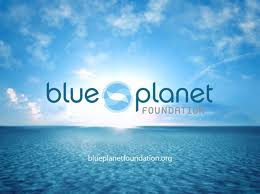 “However, we believe that power purchase agreements should be transparent irrespective of whether they are for the purchase of clean power, or whether they relate to the existing agreements for fossil fuel-generated power,” testifies Blue Planet.
The state Consumer Advocate, the PUC chair, the chair of the Department of Business, Tourism & Economic Development and Hawaiian Electric Co. all testify that they either support or appreciate the intent of the bill but would allow some of the pricing information to remain private to allow competition for lower prices during negotiations.
Testimony from citizens, groups and businesses can be submitted by going to http://www.capitol.hawaii.gov/ and search for HB1405 HD2. Testimony from all parties is posted there.

WALK-IN REGISTRATION will be available for the Food Business Basics workshop tomorrow from 9 a.m. to 3 p.m. at Pahala Community Center when value-added and specialty foods consultant Lou Cooperhouse provides information to farmers who want to sell a product to the public, entrepreneurs and restaurateurs interested in diversifying their revenue streams with specialty food products and established producers looking to take their food businesses to the next level. See laulimacenter.org/foodbasics.html.

DONATIONS ARE BEING TAKEN tomorrow and Thursday for a huge rummage sale Friday through Sunday at Discovery Harbour Community Center. The bi-annual sale raises money to support the local volunteer fire department.

ALSO SEE KAUCALENDAR.COM AND FACEBOOK.COM/KAUCALENDAR.
Posted by The Ka`u Calendar at 10:46 AM Links to this post