THE ENERGY FUTURE OF THE BIG ISLAND hearing drew a large crowd from this county and as far away as Honolulu and Lana`i last night as the U.S. Department of Energy took comments for its Programmatic Environmental Impact Statement on energy alternatives for the islands.

Mayor Billy Kenoi said the county is looking for cheaper renewable energy not just more renewable energy. He pointed to photovoltaic on county buildings, small windmills installed by the county and energy efficiencies that are saving the county millions of dollars a year in electric bills. He asked the federal Department of Energy in helping to find additional options that would lower energy bills for government and citizens. He said the burden of high energy could fall on the poor people.
Harry Kim, the predecessor to Kenoi who is running to get his seat back after terming out before the last election, stood in the back of the Hilo High cafeteria, silently. He said after the meeting that he was pleased that so many people showed up to the hearing. He said that he was proud that many people who have grave concerns about geothermal were able to get past anger and emotion to ask the Department of Energy to seriously study and answer questions about possible health effects of geothermal to the land, the people and the ocean. He said that people in the small communities around the island often feel like no one is listening to them when they have concerns about how new industry and developments are going to change their lives. He said both sides need to meet with each other to create win/win results and sometimes these negotiations can take years.

Russell Ruderman who is running for state Senate from Punalu`u through Puna, pushed for solar, wind and more energy efficiency as solutions for the high cost of energy in Hawai`i. The owner of four Island Naturals food markets on the island, he decried the cost that energy adds to the price of food, saying, “High food prices harm people every day.” He said that in every case, the rent for each location of his food stores is less than the electric bill. He asked whether energy solutions could “plan not to harm people.”
He asked the Department of Energy to analyze the cost and risks of installing local energy production versus industrial scale projects such as geothermal with cables on the ocean floor taking the power to O`ahu and other islands. He suggested studying locating electrical production at the demand site. “There is precious little land here that is dearly loved,” said Ruderman.
Fifty-five people signed up to give comments. Most of them spoke in favor of small-scale solutions where energy is produced where the energy is needed.
Several people from Lana`i talked about the plan to “industrialize” the island by building giant windmills and said it would detract from the lifestyle of the people who live there, its attraction for visitors who go there for the quiet and natural beauty and the attempt to attract more people to live there. One Lana`i resident said that Castle & Cook, which is also the landlord for her home, wants to build windmills nearby, but “won’t even let me have a clothesline.”
One woman from the Big Island said she opposed sending energy from the Big Island to O`ahu where “they are growing more houses” on some of their best agricultural lands.
A number of people said they feared scaling up geothermal without understanding the chemical makeup of byproduct – a brine – and how much brine would be re-injected into the land each day and whether it would make its way into fresh water sources and the ocean if geothermal grew to a large scale that would send electricity to other islands. Testifiers also said they were afraid of what could happen with a strong earthquake in Puna, a blowout at the geothermal plant and the long term health effects of living near noise and emissions. One man claimed that the geology of Hawai`i makes geothermal more toxic than other places because of the porous earth.
One woman said she doesn’t “accept the industrialization of Hawai`i for energy. Solar is a far better option.”

Another asked that government be wary of “powerful interests that want to make a quick buck” off the energy crisis and another asked government to be wary of “proposals that look clever today but foolish tomorrow.”
A testifier asked that industrial sized energy project developers be required to put in escrow funding that would tear down their facilities and restore the land, should their projects fail.
Another asked for energy proposals be considered through a “certificate of need” process that connects directly to each community needing electricity at lower rates.
A testifier stated that Saudi Arabia was powering towns with solar in the 1970s, while selling its expensive oil off to other countries who stay behind, using oil for power plants.
The public can read more about the Department of Energy’s Programmatic Environmental Impact Statement at hawaiicleanenergypeis.com. Also see hawaiicleanergyinitiative.org. Public comments are being accepted through Oct. 9.

THE FARM BUREAU hosts a candidate forum entitled All About Agriculture, tomorrow, Sunday at 6 p.m. at Christ Church Episcopal Meeting Hall, in Kealakekua. Candidates seeking legislative office, both state and county will include incumbent Brenda Ford and Maile David who are running for Ka`u District 6 in the County Council. Also on hand will be incumbent Josh Green who is running for state Senate and incumbent Denny Coffman who is running for state House of Representative to represent Honu`apo through Kona, along with their competitors Dave Bateman, Jeff LaFrance and Michael Last.
Questions at the forum will range from economic development, land use, resource management to product development and protection, with agriculture being the common theme.
“Diversified agriculture is providing an increasing contribution to our economy and is a huge component of our culture and lifestyle. It will be important to learn what perspectives these individuals hold. It will also be important for these candidates to see that many people in Kona place a very high priority on agriculture and the policies that may impact the industry and the life style,” said Stefanie Delmont, president of the Kona County Farm Bureau, which is sponsoring the event. For further information, call 324-6011.

COUNTY COUNCIL EMPLOYEES, including District 6 council candidate Maile David, volunteered Thursday for Habitat for Humanities Blitz Build at Hawaiian Home Lands "La`iopua" at Kealakehe. David says, “I nailed stud brackets and stapled moisture paper and other miscellaneous construction duties for a few hours. It was a great feeling helping families build their first home! Such a outpouring of aloha and working together.” She said she also plans to attend the Hawaiian Homes Commission community meeting in Pahala Monday. 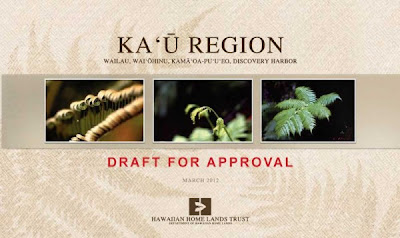 THE HAWAIIAN HOMES COMMISSION will host a meeting Monday at Pahala Community Center, 6:30 p.m. for local input to the regional plan for Ka`u. From 6 p.m. to 6:30 p.m. community organizations will present information booths and representatives from the Department of Hawaiian Home Lands will be available for one-on-one consultation with beneficiaries. The Ka`u Hawaiian Home Lands Association urges everyone to attend. Read the Ka`u Regional Plan at hawaiianhomelands.org.
The commission will host their regular annual meeting Tuesday, 9:30 a.m., at Na`alehu Community Center regarding the properties in Ka`u under Hawaiian Homes Lands, both residential and agricultural. The meeting is open to the public. 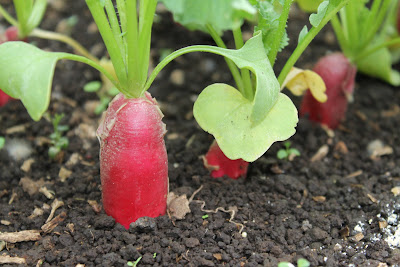 A GARDEN TALK STORY & PLANT & SEED EXCHANGE is hosted tomorrow at Na`ohulelua Historical Church and Garden from noon to 3 p.m. Call 929-8164 for more.

ALSO SEE KAUCALENDAR.COM.AND FACEBOOK.COM/KAUCALENDAR.
Posted by The Ka`u Calendar at 12:08 PM Links to this post