A HAWAI`I COUNTY COUNCIL RESOLUTION coming up for vote this week asks that ACT 55 that created the new Public Lands Development Corp be repealed by the state 2013 Legislature. A similar resolution passed Kaua`i County Council last week. The Big Island resolution was introduced by County Council member Brenda Ford, who said there “has been a huge outcry from the public.”
Ford said when the proposed Act 55 “was presented to the Council, it didn’t sound good. Act 55 says they cannot only take any state lands and put them into the Public Land Development Corp, they can also take the land next door by imminent domain.” She said the land “can be used for timeshares, resort and commercial development like shopping centers.” Ford said that the PLDC could run counter to local efforts to preserve shorelines for parks in perpetuity. “This could be counter to the treasured lands we want for open space.” Ford said a second problem with Act 55 is that the state “can reject zoning laws, building codes and community development plans.” She said, “Community development plans take a lot of work, and the PLDC can ignore them.” Ford said there is language in PLDC law and rules that consideration can be given to what the county and local communities want, “but there are no teeth, no boundaries on how far they can go without listening to the county.”

Ford described herself as for “smart development” and for taking a centrist position on use of land, saying that public lands should be available for hunting and grazing. The state’s lands have to be shared between multiple groups of people for various uses, she said. She said the PLDC wouldn’t have the connection with the community to make the more fine-tuned decisions about land use. “Once the PLDC makes a decision, it's a go,” she said. “They tried to put in mitigation boundaries, but we don’t know who is going to be in office at any point in time and whether they are going to be concerned about what people want out here. Rules have not made it any better.” She said that she thinks “the legislators and the governor, whom I entirely respect, made a mistake on this legislation without realizing the possible impacts.” The resolution calling for the disbanding of the Public Lands Development Corp. passed County Council committee and goes to the full council on Wednesday. 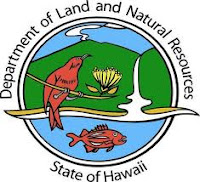 THE PUBLIC LAND DEVELOPMENT CORPORATION has posted early notice of its next scheduled board meeting to be held Thursday, Oct. 11. The board will consider a resolution approving a strategic plan that will better define its scope and facilitate final review of draft administrative rules. The board will also consider changes to the draft administrative rules that are more reflective of the strategic plan and address concerns raised at public hearings held across the state. “We have heard the concerns of the community, and the PLDC board will now consider adoption of a strategic plan to better define what the PLDC can and cannot do,” said PLDC chair Kalbert Young.

“The strategic plan sets priorities, guidelines and scope, while addressing the issues and many misconceptions that have been raised. We remain committed to the public comment process to which the people of Hawai`i are entitled,” Young said.
Written testimony can be submitted to Joy Kimura at joy.y.kimura@hawaii.gov or fax 808-587-0390.

ROYAL HAWAIIAN ORCHARDS launched its new logo today and a new name for ML Macadamia Orchards, LLC, with the quiet unveiling of new sign in the wee hours this morning at the Pahala offices at Maile and Pikake Streets. Staff and family of Clyde Silva repainted the old sugar mill wheel in front of the historic office buildings that house the administration in Pahala. In the center, the old Ka`u Agribusiness lettering is replaced with Royal Hawaiian Orchards.
Royal Hawaiian announced its own brand name for macadamia nuts that will be hulled at its husking plant in Pahala and roasted and made into a number of products at Mac Farms of Hawai`i just beyond the Ka`u border in South Kona. For the near future, the company plans its own processing facility, possibly in Pahala, where numerous jobs would be created. 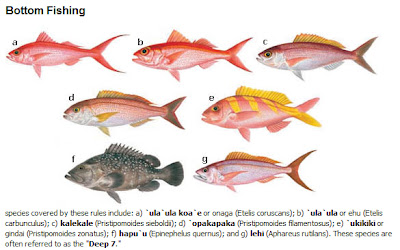 A PUBLIC PRESENTATION on annual marine harvest limits in federal waters and the Marine Mammal Protection Act came to the Big Island on Saturday. Presenters explained how the federal government set its new annual catch limits on shrimp, fish and other species, and how such regulations can help stabilize local fisheries. Federal waters run from three to 200 miles off the coast.
They said the 2012 limits are set at 325,000 pounds for the deep seven bottom fish – ehu, gindai, hapu`u, kalekale, lehi, onaga and `opakapaka. They said the limit for shrimp is 288,653 pounds, 1.93 million pounds for coral reef fish, and 12,579 pounds for precious coral.
The federal government depends on the public reporting its catch to determine how long each fishery should be open each year. Once the limit is reached, the fishery is shut down statewide.
In regard to the Marine Mammal Protection Act, the presenters emphasized reporting any sighting of a dead marine mammal, from monk seal to whale, washed up on shore or in the water. It is required by law to report mistaken catches of marine mammal through entanglements in nets, hooks or collision with boats. The workshop, held at King Kamehameha Hotel in Kona, was sponsored by Western Pacific Regional Fishery Management Council. See its website at wpcouncil.org.

KOLTEN WONG, the Kamehameha Schools and University of Hawai`i baseball star who plays pro baseball with the Springfield Cardinals, has a connection with Ka`u. He comes here when he visits his mother who attends Thy Word Ministries – Ka`u Faith Center in Na`alehu. Wong came to services yesterday and spent time talking to members who congratulated him on his career. Another Thy Word connection with professional baseball is Aaron Correa, who pitches for the Sioux City Explorers. Correa’s mom and younger brother also attend Thy Word. Services are Sunday at 10 a.m. at the Na`alehu Hongwanji building on Hwy 11.

KA`U HIGH SCHOOL football was dark Saturday night as the game against Kohala was cancelled. Kohala has dropped out of the league, and the game is recorded as a win for Pahala, its first of the season.

TROJAN WOMENS VOLLEYBALL plays three times this week at home. Game times are 6 p.m. tonight against Honoka`a, Wednesday against Keaau and Saturday against HPA. The Saturday game is varsity only. Varsity beat St. Joseph’s and Parker School over the weekend.

THE NEW PAHALA GYMNASIUM & DISASTER SHELTER is a dream come true, says volleyball coach Guy Enriques. Enriques promoted the idea when he was a County Council member and worked with Rep. Bob Herkes and Ka`u High School Principal Sharon Beck to get the funding through the Legislature and then to the county for construction to begin. The groundbreaking is this Wednesday on the school grounds at 9 a.m., and Enriques says he will be there. Enriques said this morning: “I am all about kids and athletics, and a large portion of our student population plays sports. The gym is something great for our kids and our community. He also said that the certified kitchen on site “will help everybody.” Enriques, who runs volleyball camps on the mainland during the summer and coaches at Kamehameha during the school year, said he is anxious to bring volleyball camps and tournaments to the new facility. He said weekend tournaments could host up to 16 teams with the four courts to be built in the new gym.

THE BEAUTY OF KA`U, Ka`u Chamber Of Commerce’s art show and contest for The Directory 2013, is open to the public this week. Hours are 9 a.m. to 5 p.m. today through Thursday, 9 a.m. to noon on Friday from and 9 a.m. to 11 a.m. on Saturday.
The public is invited to vote for their favorite exhibit. The adult winner of the popular vote will be featured on the cover of The Directory 2013, and all first-prize winners will appear inside with appropriate credit given. Each category will be rewarded with first, second and third prize ribbons, and, if appropriate, as many as two honorable mentions.
A reception to view all the winners and greet the artists takes place Saturday from 9 a.m. to 11 a.m. with light refreshments at CU Hawai`i credit union. 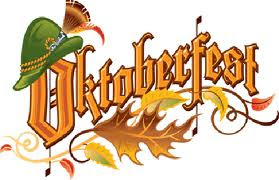 OKTOBERFEST AT ST. JUDE’S EPISCOPAL CHURCH in Ocean View is this Friday, Oct. 5, with dinner at 6:30 p.m. It includes sauerkraut and bratwurst, boiled potatoes, dill pickles, cookies and beverages. The event, a fundraiser from which half of the proceeds will be donated to Ocean View Food Basket, also includes a live polka band and a drawing for hand-quilted wall hangings. Tables may be reserved for larger parties. St. Jude’s Publicity Committee member Madalyn McWhite-Lamson recommends getting tickets early. Ticket prices are $13 each or two for $22. For tickets, to volunteer or for more information call 939-7555. 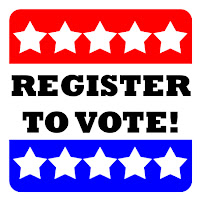 ALSO SEE KAUCALENDAR.COM AND FACEBOOK.COM/KAUCALENDAR.
Posted by The Ka`u Calendar at 11:27 AM