DEBATE BETWEEN MAYORAL candidates last night centered on community development plans and the future of energy on the island. Former Mayor Harry Kim is running to get his seat back after terming out four years ago. Mayor Billy Kenoi, who served under Kim and became mayor when Kim reached the eight-consecutive- year limit, is seeking re-election.

According to a story in West Hawai`i Today this morning, Kim charged Kenoi’s administration with being less than serious about community development plans around the island. “Kim had started the CDP process, saying Hawai`i was one of the few states in the country where there is no level of government below counties or municipalities,” the story reports.
According to the Nancy Cook Lauer article, Kenoi retorted, “We’re honoring the community development plan not by talking about more plans but by implementing the programs.”
(Ka`u’s Community Development Plan is being drafted and is expected to go to the community for another round of input early next year. Finalization will be followed by implementation with more community input.) According to the West Hawai`i Today story, Kim said he differed on the mayor’s decision to furlough county workers without pay. “I do feel very strongly that furloughs should be abolished,” the newspaper reports Kim saying. Kim also said his administration would pay health insurance for retirees ahead of time, a payment that Kenoi has held back to help balance the county budget. Kenoi said that all payments have been made on time.
According to the story, Kenoi touted the recovery of tourism and his effort to re-establish international flights to Kona following Japan Airlines dropping its direct flight several years ago. West Hawai`i Today reports Kenoi saying that visitors spent more than $1 billion so far this year. The debate was held at University of Hawai`I at Hilo. See more at www.westhawaiitoday.com.

COMMERCIAL HAULING at the Ocean View Water System deep well has resumed earlier than expected. All spigots and standpipes are open daily 7 a.m. through 7 p.m. The electrical pumping system suffered a breakdown last Monday, and commercial hauling was shut down until late yesterday. The Department of Water Supply brought in a temporary transformer for Waikoloa. Potable water for families continued to be available throughout the breakdown period.

MARINE MAMMAL PROTECTION AND ANNUAL FISH CATCH LIMITS by the federal government will be explained at two public workshops next week. Hosted by the Western Pacific Regional Fishery Management Council, they will be Thursday, Sept. 27, 6 p.m. to 9 p.m. at University of Hawai`i – Hilo in Kanakaole Hall Room 122 and on Saturday, Sept. 29, 1:30 p.m. to 4:30 p.m. at King Kamehameha’s Kona Beach Hotel Ballroom.
The marine mammal law requires that any time a marine mammal is taken, even by mistake through hooking or catching in a net, it must be reported.
Regarding catch limits, local fishermen are familiar with the Deep Seven catch limits are set by the Fed for bottomfish: ehu, gindal – ukikiki, hapu`u – Hawaiian sea bass, kalekale, lehi, onaga and opakapaka.
Agendas for the meetings include such topics as: How can data collection and Annual Catch Limit management be improved? How can the state Department of Land and Natural Resources adopt complementary measures to Annual Catch Limits that would be supported by the fishing community?
How are marine mammal stock assessments conducted for whales and dolphins in Hawaiian waters? What can fishermen do to help improve marine mammal stock assessments?
Also on the agenda is a discussion entitled Essential Fish Habitat and Habitat Area of Particular Concern. See a description of the Hawaiian Archipelago, with a history of fisheries, and learn about the work of the Western Pacific Regional Fishery Management Council at wpcouncil.org.

U.S. SENATE BILLS that will help Native Americans were approved this week by the Senate Committee on Indian Affairs and will go to the Senate floor, according to committee chair Sen. Dan Akaka. He said, “The passing of these bills signifies that my colleagues and I remain committed to taking up the priorities of the indigenous people and to work to make lives better throughout their states and throughout Indian Country.”
The bills include the Hawaiian Homeownership Opportunity Act, a Language Preservation Act Reauthorization and the Native American Veterans’ Memorial Act.
In his speech, Akaka supported the notion of Advancing the Federal-Tribal Relationship through Self-Governance and Self-Determination. Akaka declared:
“From the Constitution, it is clear our Founding Fathers understood the sovereign authority of tribal nations, and their governments. It is also clear tribal governments came in a diversity of forms.” Akaka contended that government policies in the first half of the twentieth century were “designed to force Natives to abandon their traditional ways and assimilate into mainstream American norms. These programs intended to strip Native Americans of their languages, break up tribal bonds and land bases, and encourage Indians to focus on their identities as individuals, rather than members of tribal communities. These policies and program strategies were applied to all indigenous peoples throughout the country — on the continent, and across the ocean in my own home of Hawai`i.
“The policy of banning Native language use in the schools was adopted by the territory of Hawai`i, and we were punished for speaking Hawaiian, just as the American Indians and Alaska Natives were punished for using their languages in school.” Akaka also pointed to policies to “break up the reservations and communal lifestyles, instead, encouraging Indians to own family farms…. In 1921, it was applied to Native Hawaiians with the passage of the Hawaiian Homes Commission Act.” 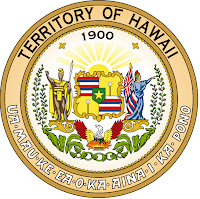 Akaka declared that “these policies of assimilation failed to meet the federal trust responsibility to Native peoples, and in fact, often worsened the socio-economic conditions of Native peoples and their communities.”
Change came, he said. “In 1968 and 1970, Presidents Johnson and Nixon, respectively, introduced policies supporting tribal self-determination, and called for a shift in responsibility of public programs to tribal governments.
“In 1975, Congress enacted the Indian Self-Determination and Education Assistance Act, enabling tribes to contract with the Bureau of Indian Affairs and Indian Health Service to administer federal programs. Later legislation allowed tribes greater flexibility in designing and operating Indian programs, and about 60 percent of the tribes have self-governance compacts.”
Akaka testified that “studies show that self-determination policies have enabled Indian tribes to build strong economies, reverse decades of language loss, and tailor programs and services to better meet the needs of their people.”
At the end of his speech, Akaka turned to his top legislative priority, the Native Hawaiian Government Reorganization Act, and said it “ensures parity in policy for all federally recognized Native peoples. It means the Native Hawaiian people will have full access to the prevailing federal policy on self-determination, and finally be able to exercise their right to self-governance.
“It is time for the United States to give my people access to its best policies on Native peoples, not just the legacies of the worst ones,” the U.S. senator concluded.

KILAUEA MILITARY CAMP presents a Chuck Wagon Feast this evening, 5 p.m. to 7 p.m. followed by Line Dancing Roundup and Country Western Dancing from 7 p.m. to 9 p.m. The feast is $10; no cover charge for dancing and contests for best cowboy hat, best cowboy boot, and best yodeler. The event is open to authorized patrons and sponsored guests. Park entrance fees apply. For more, call 967-8371.

A RANGER-GUIDED HIKE through an isolated refuge of rare plants in a remnant old-growth forest within the Kahuku Unit of Hawai`i Volcanoes National Park will be held tomorrow. This Kipuka`akihi Hike is from 10 a.m. to 3 p.m. Pre-registration required, hike is free to all. For more, call 985-6011.

MISSING FARM DOG, named Mele, was reported this morning by award-winning Ka`u Coffee farmer Lorie Obra. Mele is a mix of chihuahua and fox terrier, about nine years of age. She was lost yesterday between Cloud Rest Farms and Pahala around 5 p.m. With information, call Obra at 937-3412 or email lorie@rustyshawaiian.com or call Ralph Gaston at 510-295-5838 or email ralph@rustyshawaiian.com. There is a $100 reward for Mele’s return.

SUPPORT OUR SPONSORS AT PAHALAPLANTATIONCOTTAGES.COM AND KAUCOFFEEMILL.COM. KA`U COFFEE MILL IS NOW OPEN SEVEN DAYS A WEEK.
Posted by The Ka`u Calendar at 9:36 AM Links to this post