A 15-YEAR-OLD SAN RAFAEL, Calif. boy who fell 25 feet into a steaming earth crack at Hawai`i Volcanoes National Park yesterday evening was pulled to safety by park Search and Rescue personnel.
The Hawai`i Volcanoes National Park SAR team and County of Hawai`i Fire Department crews based in the park responded to a 911 call from the victim’s mother at approximately 6:43 p.m. It was reported that the youth had attempted to leap over the protective railing surrounding a steam vent between Kilauea Visitor Center and Volcano House.
Park SAR coordinator John Broward, assisted by Fire Department personnel, rappelled into the deep, narrow, chimney-like crack and rescued the boy, who suffered a bump on his head and minor abrasions. His family declined further medical treatment, and he was released at the scene following assessment by Hawai`i County responders.
“This young visitor and his family are extraordinarily lucky that he survived this mishap,” park Superintendent Cindy Orlando said. “This incident serves as a reminder that park visitors are urged to stay on trails and not engage in reckless behavior while visiting their national parks.”
Rescues like this also put park staff and other first responders at risk, Orlando noted.
This is the seventh SAR mission conducted by park staff so far this year. Last year, park SAR crews responded to a total of 26 incidents.


SENATOR MAZIE HIRONO TODAY UNVEILED bipartisan legislation aimed at boosting Hong Kong tourism in Hawai`i and nationally. Hirono’s bill places Hong Kong in the Visa Waiver Program, ending restrictive visa policy for Hong Kong tourists.
Hong Kong tourists spend more dollars each day than tourists from any other visitor group, Hirono said. According to the senator, most tourists spend an average of $192 per day, while Hong Kong tourists spend $230 per day on average. They also tend to stay longer, she said.
Other participants in the Visa Waiver Program include Japan, South Korea and Taiwan. The program allows citizens of participating countries to travel to the United States without obtaining a visa for stays of 90 days or less for business, tourism, visiting or pleasure.
Hirono said that, once participants are in the program, airlines often consider offering direct flights from their airports. Lisa Simon, president of National Tour Association, predicted an “immediate and profound impact on our economy.”
Hawai`i currently hosts 4,000 Hong Kong visitors per year.

SEN. MAZIE HIRONO AND REP. TULSI GABBARD praised many items in President Barack Obama’s proposed budget, but criticized proposed changes to Social Security and veterans’ benefit payments.
Hirono said the President’s budget has a number of provisions that would help create sustainable economic growth and jobs. “His commitment to investing in transportation infrastructure is one that Hawai`i is already benefiting from,” she said. “And the President’s plan to expand access to early childhood education is one of the smartest things we can do as a nation to secure our economic future. Under the President’s plan, Hawai`i could apply for new federal matching funds to create and strengthen state early childhood programs. ”
Hirono also praised Pres. Obama’s request for increased funding for construction on Hawai`i’s military installations. “It is a sign that Hawai`i is in a key position to play a major role in the military’s rebalance to the Pacific,” she said. “The Asia-Pacific region is vitally important to our nation’s strategic interests, and I’m glad to see the President’s budget reflects that national security imperative.
“In addition, I’m encouraged that the President has outlined several initiatives that will support jobs and innovation in the clean energy arena, including continuing the progress on alternative energy and energy efficiency being made at the Department of Defense. These are forward-looking investments in our people and communities that will generate the long-term economic growth that will help Hawai`i and the nation for years to come.
“I do not, however, support his plan to institute what is known as ‘Chained CPI,’ which would change how Social Security, Veterans’, and other benefits are calculated. I understand that President Obama has been pushed hard to include this change by Republicans, however, it amounts to a benefit cut to Hawai`i seniors and veterans that I cannot support. Undermining the vital lifeline that these programs represent for many of our kupuna and veterans is not the way we should go about getting our fiscal house in order.  ”
Gabbard called the budget “a measured approach to reducing our deficit without jeopardizing our fragile economy. It replaces the sequester and includes a plan to create jobs and enhance the nation’s infrastructure. This is a starting point for us to work together, seek common ground, and take immediate steps to put our nation on firm financial footing. This budget represents a sincere effort to encourage economic recovery and create conditions for job growth.
“However, I have serious reservations about some elements of the President’s budget, such as proposed cuts to Social Security. It would also cut our missile defense budget, even as Hawai`i and the rest of the country face direct and heightened threats from North Korea.”

FOUR BILLS CALLING FOR IMPROVEMENTS to Kahuku Park in Ocean View unanimously passed their second reading in County Council Tuesday. Council member Brenda Ford introduced the bills that break improvements down into phases.
Phase 1 calls for $200,000 for water system improvements to address public health and safety relating to water for drinking, irrigation and an auxiliary source of potable water in a disaster).
Phase 2 addresses improvements related to Americans with Disabilities Act and seeks $600,000 for installation of ramps to the pavilion and ball field.
Phase 3, budgeted at $250,000, would add, replace, improve and repair children’s playground equipment, regulation matting, a gazebo and BBQ apparatus.
Phase 4 calls for construction of a community center, gymnasium, restrooms, certified kitchen, storage for Civil Defense supplies and a second water reservoir to serve the community center. Funding for this $5,100,000-phase as well as the other phases would be provided from general obligation bonds, capital projects fund and/or other sources.
Another bill for Phase 5, calling for $100,000 for grading to provide an additional area to the park for future use, passed its first reading unanimously.

PURCHASE OF PROPERTY the county is currently leasing for Ocean View Park & Ride bus lot also was approved by County Council. The resolution authorizes the Finance director to initiate funding mechanisms required for the acquisition.

THE REPAIR CONTRACTOR HIRED by the county to fix Ocean View well has successfully pulled the pipe, pump and motor from the well. The fill station has been closed since Saturday after the breakdown occurred on April 1.
The contractor will proceed to disconnect, inspect and test the pump, motor and power cable to determine the needed repair. Once the work and materials needed are known, a schedule for completion of repairs will be developed. 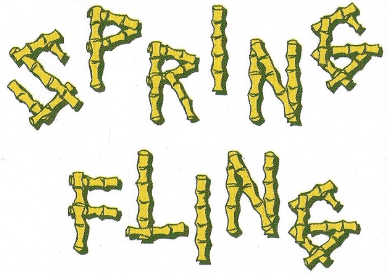 PATTI PEASE JOHNSON TEACHES Pastel Painting Saturday from 1 p.m. to 4:30 p.m. at Volcano Art Center’s Ni`aulani Campus in Volcano Village. Johnson covers pastels, different papers and fixing and mounting paper and backing. Students begin with a set-up still life using charcoal on newsprint, learn to exaggerate and be bold with colors and complete one 10x12 colored project using a proven method. Newsprint, paper, charcoal and soft pastels are supplied. Beginning to intermediate artists are welcome. Fees are $65 or $58 for VAC members plus $10 supply fee. Register at 967-8222.

ALSO SEE KAUCALENDAR.COM AND FACEBOOK.COM/KAUCALENDAR.
Posted by The Ka`u Calendar at 12:44 PM Links to this post