TSUNAMI AWARENESS MONTH has been declared by Gov. Neil Abercrombie, who plans a ceremony at the Capitol in Honolulu tomorrow. The National Oceanic & Atmospheric Administration will participate. The proclamation notes that Hawai`i is the only island state with a long history of tsunamis. According to the Pacific Disaster center, tsunamis are responsible for more deaths than any other natural disaster in Hawai`i. Tsunamis have wiped out and damaged houses, a restaurant, museum and shops at Punalu`u, washed away the old Standard Oil storage tanks, shops, offices and homes at Honu`apo and changed the composition of the shoreline and underwater nearshore seascape numerous times along the Ka`u Coast.

The Japan tsunami of March 11, 2011 threw fish on the shore and washed away and damaged vehicles, beach homes and palm trees in south Kona, but spared the few buildings along the Ka`u Coast. A 7.7 earthquake off Haida Gwali (Queen Charlotte Islands) in British Columbia last Oct. 27 led to evacuation of Punalu`u and Honu`apo before small waves lapped onto the beach, with little damage.
Marine debris along the Ka`u Coast, particularly at Kamilo Beach, has helped to illustrate the widespread effects of tsunamis with filming for news stories aired by CNN on March 11 (see www.cnn.com/2013/03/11/us/hawaii-japan-tsunami-debris) and by NBC last Nov. 28 (see www.nbcnews.com/video/nightly-news/50002132#50002132). Both films featured Hawai`i Wildlife Fund and its coastal cleanup organizer Megan Lamson discussing more tsunami debris expected to wash up here and the ongoing efforts by community volunteers to monitor and clean up. The next beach cleanup along the Ka`u Coast will be July 13. Anchaline pond cleanups will be held April 17 and 18. Sign up with Lamson at 769-7629.
Educational information on tsunami awareness is available in the Tsunami Awareness Kit, developed by the Pacific Disaster Center and the South Pacific Applied Geoscience Commission. The online kit at www.pdc.org includes tsunami curricula for grades K-6 and grades 7-12. It offers teacher’s guides, puzzle books, posters and tsunami stories from Hawai`i, Japan and Sri Lanka, along with a case study from Fiji.

A BILL PROMOTING PARTIAL PUBLIC FUNDING of state representative elections has been approved by the Senate Way and Means Committee after passing the state House of Representatives. HB 1481 follows Hawai`i County’s pilot program that offers a public funding option for County Council candidates.
The vast majority of testimony submitted to the state Legislature has been in support of the bill.
Beppie Shapiro, president of Hawai`i League of Women Voters, stated that the program “has been successful in allowing five of nine Council members to be elected without spending time and energy chasing dollars. The public can trust that these successful candidates will devote themselves to the public good.” Ka`u’s County Council member Brenda Ford won her most recent election using the public funding option.
Carmille Lim, executive director of Common Cause Hawai`i, wrote: “Wealthy and corporate donors dominated Hawai`i’s 2012 elections. The more they spend, the more they expect in return. The public suffers from the results of the current pay-to-play system.
“We believe that implementing a public funding option would reduce the perception of pay-to-play politics and, by increasing competition, can reengage the citizenry in the democratic process.”
Kathleen and Peter Golden, of Volcano Rainforest Retreat, also submitted testimony: “We support HB 1481 because we have strong concerns that private money has negative influence on elected officials and a corrosive effect on government. Fair elections addresses this problem by giving politicians the option to run on public money.” 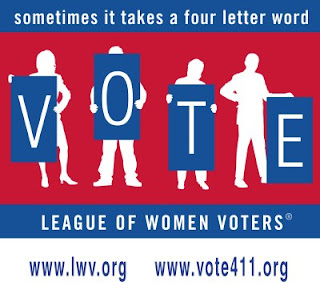 Former Hawai`i County Planning director Chris Yuen testified that the bill would allow candidates “to run financially competitive campaigns without having to solicit funds from big money interests that often have a very definite agenda. It is one way to reduce the excessive influence of money in our political system.
Susan Dursin, who participated in a League of Women Voters follow-up study after the last County Council election, said, “When candidates do not have to focus on raising large amounts of money, they are free of obligations to their major donors. Even when those obligations are not openly stated and are, for the most part, subconscious, they do exist. Public funding allows candidates who might not otherwise have the personal wealth or contacts to run for office. The wider the spectrum of candidates available to the voter, the stronger our system will be. Public funding allows incumbents to focus more on meeting their constituents and hearing their concerns, rather than on organizing and attending fundraising events. It also allows incumbents to concentrate on their jobs.
“This measure is a very positive move toward separating ourselves from the problems associated with large private donations.”
In an interview with Colin Stewart of Hawai`i Tribune-Herald, East Ka`u Senator Russell Ruderman said, “The reason for public financing in general is to reduce the influence of larger corporations on our government, especially when (candidates) get that money every year, like we see happen. Some people over there are just working for specific corporations.”

THE NEW KA`U GYMNASIUM & DISASTER SHELTER construction management crew is expected to arrive this week and start ground preparation for the project that could cost up to $20 million. The contractor is Summit Construction from Honolulu.
On state land between the tennis courts and the school cafeteria and elementary campus, the complex will be owned and managed by the county Department of Parks & Recreation and be available for school and community sports and other activities. It will also be the region’s official disaster shelter, hardened for hurricanes and provided with a kitchen and several rooms with air cleaning devices for vog alerts.
Statements issued by the county and state before the groundbreaking last Oct. 3 said that “plans, design and construction will strive to meet Leadership in Energy and Environmental Design (LEED) guidelines put forth by the U.S. Green Building Council. For a building to achieve LEED certification, its construction must meet criteria in six performance standards: a sustainable site, water efficiency, energy and atmosphere, materials and resources, indoor environmental quality, and innovation in design.”
The gym will be large enough for three regulation Hawai`i High School Athletic Association basketball or volleyball courts. Additional rooms will be for lockers, showers and training, restrooms, lobby, courtyard, kitchen, ticket booths, offices and storage for America Red Cross supplies and equipment of the Department of Education and county Parks.
During groundbreaking ceremonies last October, Gov. Neil Abercrombie noted the qualities of Ka`u, saying such communities, where a handshake is still a handshake, are hard to find. Ka`u people understand what it is to have a sense of family. You’ve got one big family down here. It is not who you are, what you look like, what your name is. It’s what you give.” He said it’s no small thing that the state and county have worked together to make the gym and shelter a reality.

IN HONOR OF THE 50TH annual Merrie Monarch Festival, Volcano Art Center hosts special arts and cultural events. All events are free and take place on the lanai of the VAC Gallery, located next to the Kilauea Visitor Center in Hawai`i Volcanoes National Park. Visitors and kama‘aina alike are invited to experience the mauka celebration of Merrie Monarch free of charge. Park entrance fees apply.
On Wednesday and Friday from 10 a.m. to 2 p.m., artist and Hawaiian cultural practitioner Greg West teaches the art of ohe kapala (bamboo stamping). Participants select their own 100 percent cotton gathering bag keepsake and personalize designs using a traditional Hawaiian stamping technique. Bag and materials fee is $42.
On Wednesday from 10 a.m. to 2 p.m., Jelena Clay demonstrates a variety of techniques for designing and decorating an ipu (gourd) and presents an extensive collection of her past works.

ALSO SEE KAUCALENDAR.COM AND FACEBOOK.COM/KAUCALENDAR.
Posted by The Ka`u Calendar at 10:58 AM Links to this post