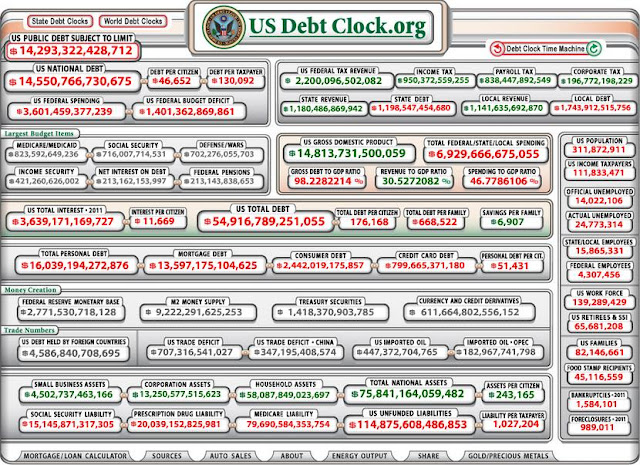 HAWAI`I BRACES ITSELF for a possible national default as the Aug. 2 deadline to increase the debt ceiling approaches with no agreement in sight. Talks between President Barack Obama and House Speaker John Boehner collapsed last week in the dispute over what services and what amount of services should be cut in return for Republican votes for increasing the debt ceiling. Gov. Neil Abercrombie met with financial leaders and members of his Cabinet to draw up plans that would help prepare the state for the immediate fallout of a national default. The main goal of the Governor will be that the state government cover any funding gaps that would arise should the federal government stop funding programs it contributes to in the state. This would include federal funding for hospitals, schools and national parks in Hawai`i. This funding would only be short-term, though, says Budget and Finance director Kalbert Young.

THE ARMY HAS ITS SIGHTS on Mauna Loa and Mauna Kea, reports David Corrigan of Big Island Video News. Corrigan flew aboard an Army Blackhawk helicopter recently to record a High-Altitude Mountainous Environmental Training operation over Mauna Loa and Mauna Kea. The Army claims that HAMET is crucial for training helicopter pilots destined for Afghanistan, as it tempers pilots’ ability to fly over high altitudes. However, it requires a number of landing spots along the volcanoes and may produce a level of noise and dust that has residents of the Big Island concerned of its environmental impact. The Department of Land and Natural Resources requested that the Army allow a recording of a HAMET operation and of Blackhawk helicopter landings on the volcanoes before deciding whether or not to permit the landing spots. “Like the Army had said” Corrigan stated, “very little dust was observed being kicked up by the landings.” The Army also conducted impact tests in March to determine how much noise and dust is produced and what effect helicopters might have on natural resources on the volcanoes. The Army determined that the helicopters had no significant environmental effect.

IN THE MIDST OF GLOOMY ECONOMIC PROSPECTS, Hawai`i is the bearer of some good news. The state Department of Business, Economic Development and Tourism released jobless claims figures from this month showing that the state saw jobless claims fall in the middle of July 14 percent lower than the number recorded one year ago. This decline was generally representative of all the counties of the state. The Big Island saw the greatest improvement in jobless claims, with a 16.1 percent decline. The Big Island was followed by O`ahu with 13.7 percent, Kaua`i with 12.2 percent, and Maui with 8.6 percent. Hawai`i enjoys the eighth lowest unemployment rate in the country, at six percent. The national unemployment rate hovers just above nine percent.

IN ADDITION TO FEWER JOBLESS CLAIMS, the Hawai`i Tourism Authority reports that visitor spending increased in June. While the number of tourists visiting the state declined almost three percent last month, spending went up over 13 percent from the level of spending a year ago. This has been explained in part by the declining number of Japanese tourists due to the lagging effects of the tsunami and earthquake that ravaged the country, and by increasing costs of services. Airfares, for example, rose 27 percent, and the average hotel fare rose 10 percent in May. Visitor spending is, however, still under pre-recession levels.

THE PUBLIC HEARINGS on the proposed `Aina Koa Pono biofuel refinery between Wood Valley and Pahala and the proposed biofuel farm on thousands of acres of pasture between Pahala and Na`alehu are scheduled on Tuesday, Aug. 2 at 9 a.m. at the State Building in Hilo and at 4 p.m. at the West Hawai`i Civic Center in Kona.
Here are more questions and answers from `Aina Koa Pono:

The price that HELCO will pay for bio-diesel is currently higher than what it pays for petroleum based diesel. Does this mean that AKP’s process is not efficient enough to be competitive in the market?  No, the price that AKP required for its first plant is affected by the level of return needed by project investors to entice them to provide funding. As AKP develops additional facilities the price will drop considerably as the engineering costs will have already been incurred and the risk to investors lowers. AKP also offers stable energy pricing for 20 years. The price is fixed and not tied to the price of oil.

Have the crops and their management regimes (e.g., mechanical harvesting) been tested in a range of site, drought, and air quality conditions in Ka`u?  The existing land has already demonstrated the ability to grow grasses. We will work with the USDA Farm Service Agency with their Biomass Crop Assistance Program (BCAP) to develop the land for growing biomass. Selection of the best grasses is underway and will be an ongoing program throughout the life of the project  .
Posted by The Ka`u Calendar at 10:43 AM