THE REFINERY AND BIOFUEL FARM PROPOSAL update from `Aina Koa Pono will come to Pahala tomorrow at 6:30 p.m. at Pahala Community Center. `Aina Koa Pono is awaiting a decision from the Public Utilities Commission on whether to approve a long-term contract with Hawaiian Electric company as well as allow electric bills to go up to help pay for the biodiesel. The biodiesel would be shipped in tanker trucks up Hwy 11 to the oil burning power plants owned by Hawaiian Electric near Kona Airport. `Aina Koa Pono says it would harvest Christmas berry and other non-native trees and brush across 13,000 acres it is leasing between Pahala and Na`alehu to make biofuel in its refinery which would be located along Meyer Camp Road, just off Wood Valley Road. AKP would also plant biofuel crops, for which it has test plots growing, to determine the most appropriate bana grass or other plants to farm for biofuel in this area.
In addition to making biofuel for electricity, AKP plans to create fuel for transportation – for trucks, cars, buses, airplanes and marine-going vessels.
The company is promising some 400 construction jobs in Ka`u to build the $400 million dollar factory and farm plus several hundred permanent jobs, which it promises will be all union.
AKP plans to use large microwave reactors to vaporize biomass into gasses that can be turned into biofuel.
Proponents of the project talk about the job-making potential of the project, the economic development potential of more people with more jobs here generating business for small enterprises like restaurants and stores, and the effort to help Hawai`i wean itself from fossil fuel.
Those questioning the details of the project talk about its long-term viability, the microwave process being untested on a scale as large as planned for Ka`u, the balance of land needed for ranching and food crops versus energy, raising electric bills to pay for it, and whether tying up Hawaiian Electric with a long-term contract for biofuel would deter the utility from buying more energy made from wind, solar, geothermal and other alternatives.
HEALTH CARE PROVIDER KAISER PERMANENTE is reaching out to small businesses in Ka`u. Letters were received in the mail, and Kaiser confirms that it is offering health insurance through small businesses in Ka`u. The patients, however, would have to drive to Kona or Hilo for care.

Kaiser just announced that all 16 of its primary care clinics in Hawai`i, and their primary care providers, have received the National Committee for Quality Assurance’s Physician Practice Connections - Patient-Centered Medical Home Recognition at Level 3. This is the highest level for its integrated and coordinated care delivery system, which supports quality, access, continuity of care and better patient involvement. With this accomplishment, Kaiser Permanente becomes the first multi-site PCMH health care organization in Hawai`i to be recognized by the National Committee for Quality Assurance, says a statement from Kaiser.
KA`U ARCHERS will be able to take their bows north to Kona to the Pu`u Wa`a Wa`a state forest reserve on the Kohala side of Hualalai Volcano during weekends into October. The purpose is to control goats and sheep. The state is attempting to protect the tropical dry forests, which are among the most endangered forest types in the world. In Hawai`i the few remaining remnants are severely threatened by wildfire, invasive species, and land cover changes. This is an example where environmentalists and hunters can work together. The Department of Land and Natural Resources is issuing the permits for archery only through Oct. 2 for feral goats in the makai portion of the reserve and for feral goats and sheep in the mauka portion.
For the weekends of Oct. 8 and Oct. 16, muzzleloaders will be allowed to shoot feral goats in the makai portion of the reserve and goats and sheep in the mauka portion. Permits are available on a first-come, first-served basis at the hunter check-in station between 5 a.m. and 4 p.m. Hunting licenses are required. For more information, call the Division of Forestry and Wildlife at 974-4221 or 887-6063.

VOLCANO ART CENTER’S FALL ART MARKET continues today from 10 a.m. to 3 p.m. at its Niaulani Campus in Volcano Village. Fine arts created locally are available for sale from the artists. There are also demonstrations and hands-on activities.

A PLANT AND SEED EXCHANGE takes place today from noon to 3 p.m. at Na`ohulelua Historical Church and garden on Kamaoa Road. 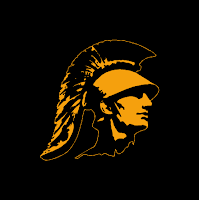 KA`U HIGH SCHOOL FOOTBALL comes home the next two weekends. This coming Friday, Sept. 23, the home game will be against Kamehameha at 7 p.m. Kamehameha has already beat Konawaena 28 to 0, and Konawaena beat Ka`u this past Friday with Konawaena scoring 41and Ka`u running scoreless. Last week it was Hawai`i Preparatory Academy 55 and Ka`u 8.
Ka`u High’s Homecoming game will be Saturday, Oct. 1 at 6 p.m. against Kohala.
WILDLIFE ECOLOGIST Frank Bonaccorso presents findings about the elusive behavior of ope`ape`a, the Hawaiian hoary bat, at After Dark in the Park on Tuesday at 7 p.m. He discusses seasonal movements, feeding, insect prey, reproduction and daytime roosting of the bat, which is Hawai`i’s only native land mammal. He also examines current and emerging threats to the survival of these masters of the night. The program takes place at Kilauea Visitor Center Auditorium in Hawai`i Volcanoes National Park, and park entrance fees apply.
Posted by The Ka`u Calendar at 9:38 AM